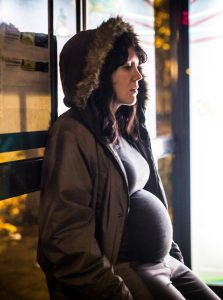 Alice Lowe is a triple threat as writer, director and actress in the film Prevenge. A seven-month pregnant widow, named “Ruth” (Alice Lowe) goes on a killing spree that is dictated by her unborn child. Add a lot of gore with a sprinkle of comedy and you have a recipe for a competent film. (SAT: 3/5).

By Senior Contributor Stephanie A. Taylor

In this dark comedy, Ruth believes that her unborn child is telling her to kill people. She keeps a list of her victims, as she continues her blood bath. In the beginning of the film, Ruth is crying on a rainy day as she flashes back on her husband’s death. She goes around, inhabiting different personas to lure in her unsuspecting victims. The unborn baby tells Ruth that it’s society’s fault for him dying.

This film certainly has its share of gross-out moments, from slit throats to chopped off body parts. The plot leaves a serious hole, focusing on characters that have little (if anything)  to do with the protagonist’s death … except for one. 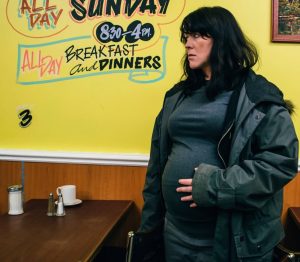 Despite the gore, writer/director Alice Lowe inserts dark humor into the script, particularly between Ruth and her midwife. “Children these days are so spoiled,” Ruth bemuses, “Mommy, I want a PlayStation. Mommy, I want to kill that man.”

The midwife tells an unphased Ruth that she would be able to lactate “like two rockets” once she heard high-pitched sounds.

Ruth is being examined by the midwife, and gets testy when she presses on her abdomen because she says the baby doesn’t like that. When the midwife finds out that Ruth hasn’t been sleeping well, she becomes concerned about her rational mind, or lack thereof, due to her minimal amount of sleep. The tension rises when the midwife says she’d contact social services, and Ruth gets upset and accuses her of trying to put the baby up for adoption.

If the film’s job is to make me cringe and yell out “ugh!” so many times, it certainly succeeds. Her scary facial expressions, with big eyes and a toothy grin, can say more than any line in any film. There are throats being slashed all over the place. Each murder looked so realistic that I thought I was an actual witness.

Prevenge concludes on a creepy note, leaving its ominous ending up to viewer interpretation. 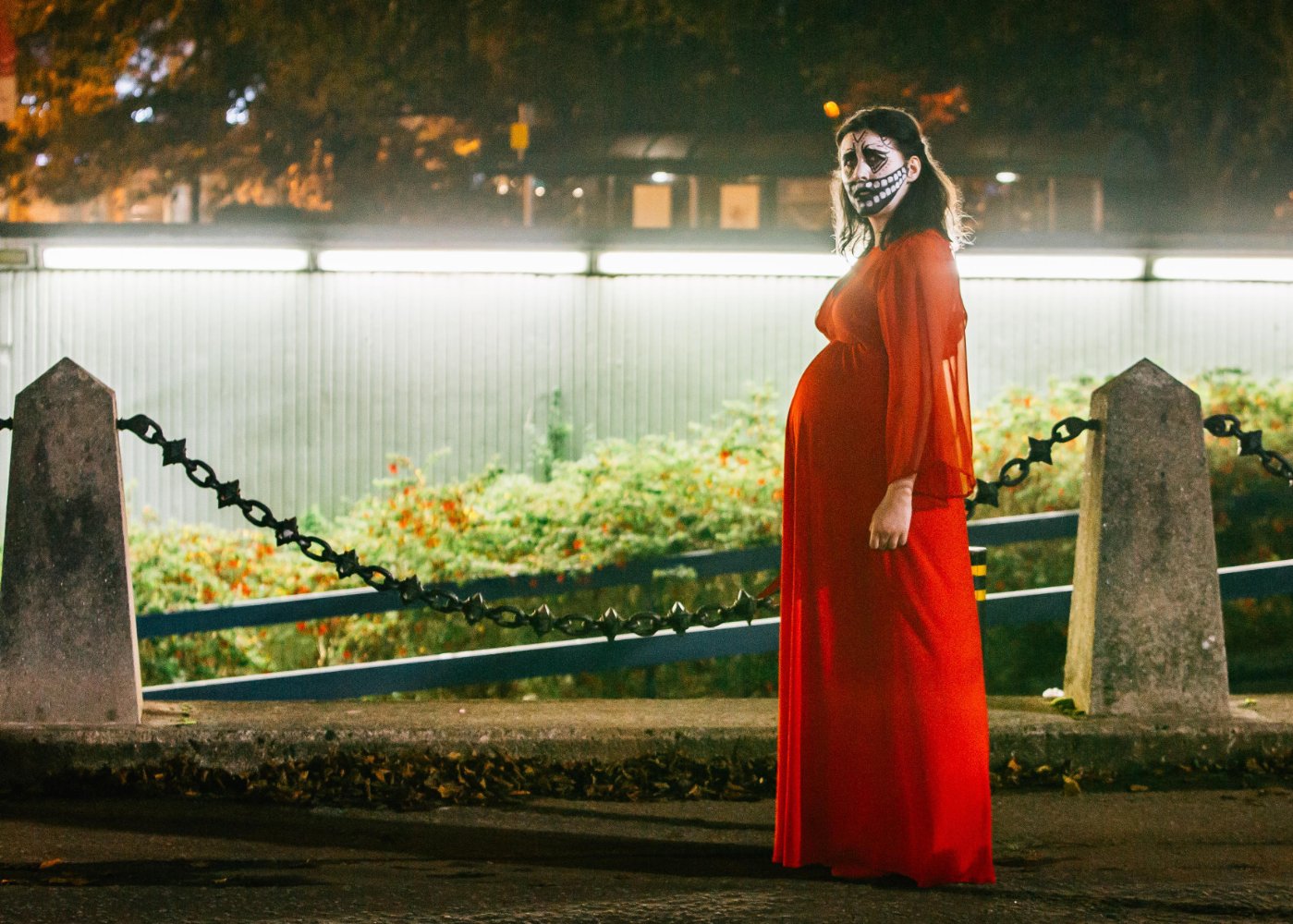 Ruth opens up to the supportive midwife, explaining her past and how she’s done some bad things. She realizes she wasn’t doing it for the baby, but for herself, because she couldn’t hear the voice anymore.

By Stephanie A. Taylor

Stephanie A. Taylor is an award-winning journalist living in Chicago. She's been with FF2 since 2016. Her niche is women's issues. Her favorite articles she's written are: Women in media facing sexism, exclusivity, Pulchronomics plays prominent role with women in media and her interview with Danièle Thompson, French director of Cézanne and I (Cézanne et Moi.)

View all of Stephanie A. Taylor's posts.