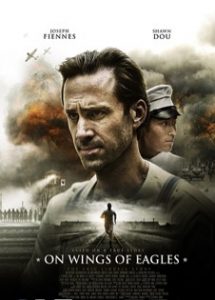 With chaos raining down all hope seems lost for those at The Courtyard of the Happy Way, a POW camp in China. Through the power of faith and hope, one man is able to overcome adversity and unite thousands of suffering people, granting them hope for the future. Writers Ruby Xu, Christopher C. Chan, Michael Parker, Stephen Shin and co-directors Stephen Shin and Michael Parker bring to life the man, the myth, and the legend, Eric Liddell in the narrative feature On Wings of Eagles. (LMB: 3.5/5)

Based on the true story of Olympic gold medal runner “Eric Liddell” (Joseph Fiennes) On Wings of Eagles follows the famed athlete from the Olympics to his time as a prisoner of war during World War II in Japan occupied China.

Eric Liddell, a famous athlete born in China and raised in Scotland, was a devout Christian best known for his refusal to run the 100 metres at the 1924 Summer Olympics in Paris when the race took place on a Sunday. Instead, he ran the 400 metres (not on a Sunday) and won.

Born in China and raised in the United Kingdom, Liddell returned to China in 1924 to continue his missionary work. In 1937 Liddell and his driver and friend, a fictional character, “Xu Niu” (Shawn Dou) stay in China after the Japanese invade, though he sends his wife “Florence” (Elizabeth Arends) and their two daughters to Canada.

When the the head of the Japanese camp challenges Liddell to a race, Liddell sees this as an opportunity to help his fellow prisoners get the support and supplies they desperately need, as their dire conditions only worsen as it turns from fall to winter. The prisoners are stacked in triple bunks with minimal food, clothing, supplies and little to no medical supplies, and finding the will to go on becomes nearly impossible, but Liddell acts as a beacon of hope and faith to all. 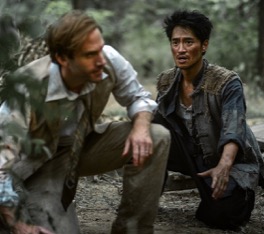 The film closely follows Eric Liddell’s devastating journey from productive missionary to prisoner, and Fiennes’ performance is simply stunning. With the majority of the On The Wings of Eagles containing emotional close-ups of Liddell’s reactions to the horrors around him, a great deal of the film rests upon Fiennes’ acting abilities. And he does not disappoint. However, that being said, the writing is where the film falls flat.

While the creators of the film are obviously passionate about Eric Liddell and his compelling story, the finalized work is, unfortunately, melodramatic. Overly emotional dialogue and drawn out scenes complicate and muddy the film. Liddell’s story in itself is incredibly moving and powerful, to tell it simply would have been enough, but the overdramatic writing and drawn out story lessen the impact.

On The Wings of Eagles is a beautiful story about Eric Liddell and the important work he did in China. His strength brought hope to the rest of the prisoners in the camp, and though the film does not quite meet its mark, it does tell his story. 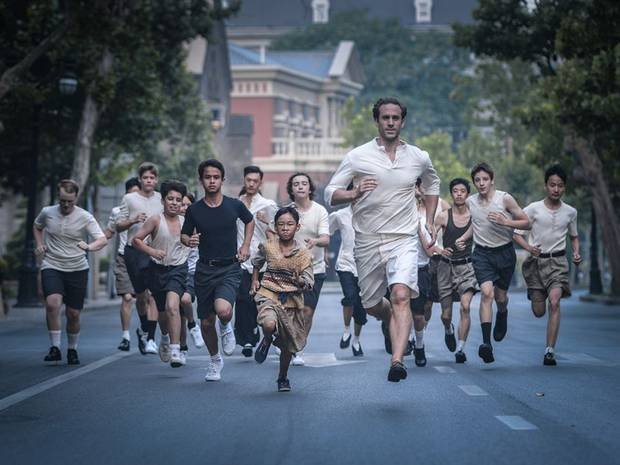 Top Photo:  Poster for On the Wings of Eagles.

Middle Photo: Joseph Fiennes as Eric Liddel and Simone Twu as “Chen Quan” in the forest.

Q: Does On The Wings of Eagles pass the Bechdel-Wallace Test?

There are very few scenes between women, and the few that do exist are spent mainly discussing Eric.