Review of A Bag of Marbles by Eliana Levenson

There’s a dull ache in your chest and the push of tears at the back of your eyes the whole time while watching Christian Duguay’s masterful remaking of A Bag of Marbles, the true story of Joseph Joffo’s survival as a young Jewish boy in France during the Nazi occupation of World War II. (EML: 5/5) 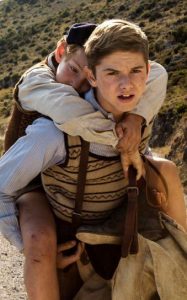 A young boy sits amongst the remnants of red, white, & blue confetti, thrown in celebration of France’s liberation from Nazi control. World War II has ended and Joseph Joffo (Dorian Le Clech), still only a child, finally returns to Paris to discover the fate of the rest of his family. For the past two years, Jo and his brother Maurice (Batyste Fleurial) have fled the Nazis together, hiding in plain sight by denying their Jewishness and doing whatever it takes to stay alive. The only reminder Jo has of the life he had before the war is a pockmarked blue marble — the symbol of his stolen childhood innocence.

Rewind to two years earlier: Nazis occupy France, though things have not gotten bad for the Jews yet… Jo and his brother are typical children, roughhousing in the streets and playing pranks. Jo’s father Roman (Patrick Bruel) runs a successful barbershop. Jo and Maurice play a trick on some Nazi soldiers by hiding the sign that identifies the shop as a Jewish business and the two men come in for a cut. Only after they have paid does Roman reveal they are in a Jewish business. While he appreciates his sons’ ability to continue to find humor, Roman warns against taunting the Nazi soldiers.

Time passes and Jews are given yellow stars to sew onto their clothing. Jo is too young to understand what this new law truly means, but to be fair nobody knows the devastation that will permeate their lives because of these simple identifying measures. For Jo, the repercussions of the star are swift; classmates he’s known his whole life suddenly turn on him when they discover he is a Jew. Maurice is quick to come to his brother’s aid only to be picked on by bigger boys.

When the brothers get home that night, their father Roman and mother Anna (Elsa Zylberstein) explain that the boys must leave Paris and head for the coast. They let them know that their older brothers have already left and promise that they will follow the next day, insisting it is safer for the family to each travel separately. Roman tells the story of how he too had to flee as a boy alone during the pogroms. He tells his sons that while he has always told them to be proud of who they are — proud of being Jewish — that is no longer possible. In a gut-wrenching move to ensure that Jo is prepared to deny his Jewishness in the face of violence, Roman slaps his young son across the face. Jo stands resilient, continuing to insist he isn’t a Jew. Knowing that his sons are ready, Roman and Anna say goodbye to their two young boys.

The boys set off and instantly find trouble when N

azi soldiers board their train looking for Jews trying to flee the city. They are saved by a priest who claims the boys are traveling with him. The priest  succeeds in getting them off the train without detection.

Once in the free zone the boys are reunited with their family, and for one shining moment it really does feel like the worst is behind them as the family enjoys a day at the beach. But, of course, the worst is yet to come, and it’s not long before the boys are on their own again, forced to try to survive by hiding in plain sight.

While it’s easy to argue that A Bag of Marbles is just another Holocaust movie, there is such a compelling honesty to the writing and performances that makes it feel more like you’re being told the story directly from Joseph himself, adding new dimension to the film. This is the perfect artistic collaboration and every moment of the film keeps you engaged with the reality of the situation, never letting you forget this isn’t an imagined conflict but a true story.

A Bag of Marbles is exactly the type of film we need right now. As Holocaust deniers and neo-Nazis gain more power and a louder voice, films like this will continue to give voice to the 6 Million + who were lost only a half-century ago. Duguay has risen to the challenge of telling the true story of a survivor and, with that, the story of a people and a history that is quickly being forgotten. A Bag of Marbles certainly has earned its place amongst the canon of Holocaust films and is a powerful reminder for people of every generation. It is a testament to a film when even upon revisiting the narrative in telling to others tears are being pushed back as they press firmly against the eyes. 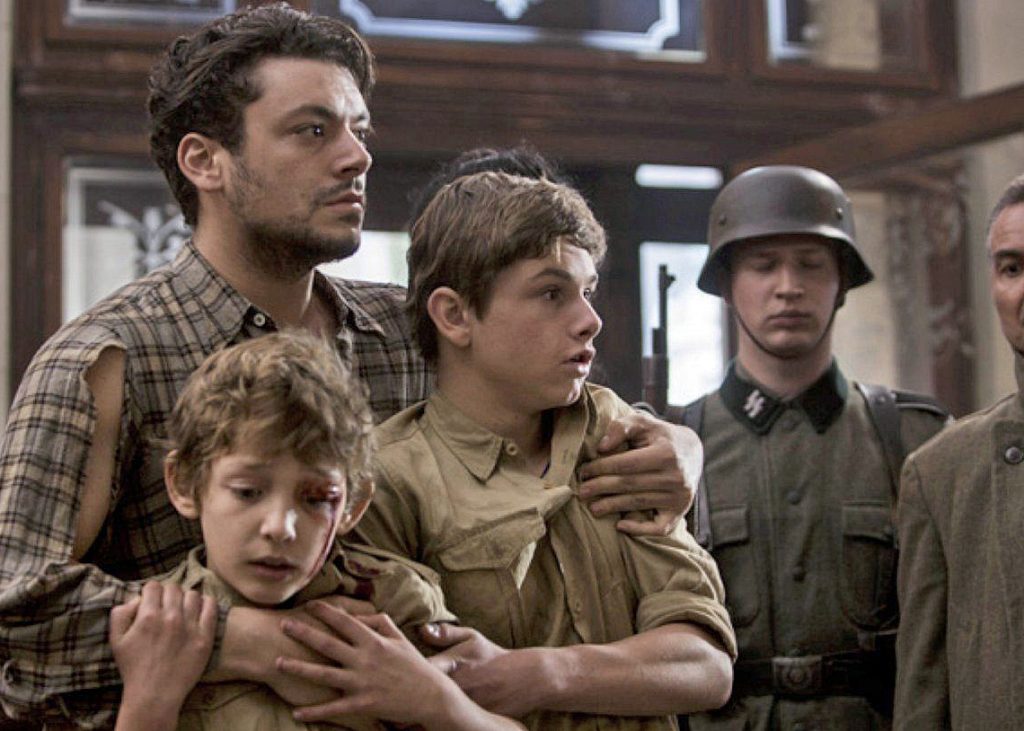 Top Photo: Maurice (Batyste Fleurial) carries his brother Jo (Dorian Le Clech) after the younger brother gets a large blister as they hike through the mountains fleeing Paris.

Middle Photo: The pockmarked blue marble that serves as the symbol of Jo’s innocence, the one thing he retains throughout the film to remind him of his life before.

Q: Does A Bag of Marbles pass the Bechdel-Wallace Test?

Sadly no! This powerful true story focuses on two brothers and therefore there are no scenes that don’t involve one of them making it impossible for the film to pass the Bechdel-Wallace test.