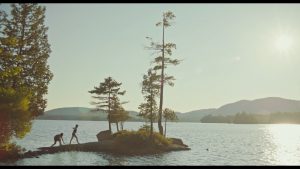 In director Ari Gold’s award-winning film The Song of Sway Lake, Elizabeth Bull writes a story of nostalgia, pain, and betrayal. In this tale, the obsession over a 78 record is taken over by the feeling of pain and nostalgia. (SYJ: 4/5)

Wanting to freeze time, the opening scene shows a lost pocket watch floating in a body of water. In that body of water, there is a couple swimming freely, naked. The voices of the Sways, “Hal Sway” (Brian Dennehy) and “Charlie Sway” (Mary Beth Peil), recite letters to each other, dating back to the 1940s.

As the movie progresses, the Sways’ son, Jimmy, dies. This brings Jimmy’s own son, “Ollie” (Rory Culkin), into the picture. Ollie is on a quest to find an unopened valuable 78 record of the ‘Sway Song’ as a collector in memory of his late father. He brings his “only comrade”, a Russian boy, “Nikolai” (Robert Sheehan), who is in search of somewhere to belong. It seems they are well suited for each other, both being alone in the world.

With the continuation of Charlie reciting letters to her deceased husband, she proceeds to keep her husband updated about what is going in her life. When Charlie visits her  lake house, she finds the mess left by the two boys, who had been searching for the record among other things. Charlie is also in the race to find the invaluable record with the help of her underappreciated maid of 30 years, “Marlena” (Elizabeth Peña). 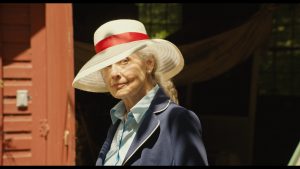 The mysterious Nikolai, handy with fixing things, also becomes a thief in the ploy of trying to belong in the family, something he’s craved for a long time. However, this ends in disarray as his thievery is discovered. Ollie feels betrayed by his one friend for stealing, and also by his own grandmother, Charlie, for being ignorant to this act. In a fit of fury, Ollie rips open the record he had found, and plays the gentle, soulful song. This opens a world of hurt for Charlie, as she reminisces her dead husband.

The Song of Sway Lake casts the audience into a mournful trance. Experiencing the loss of a husband and a child, Charlie pushes her emotions aside until Nikolai puts on her husband’s old commander cap. This triggers her to open up, allowing herself to dance with Nikolai as she used to with her husband, leaving her vulnerable and pained.Jimmy’s passing affected Ollie greatly, as he not only lost a father, but also a  fellow record enthusiast to share his passions with.

Elizabeth Bull writes the screenplay in such a way that allows the audience to feel the pain of four different characters—the pain of loss from Charlie, the feeling of solitude from Ollie, the lack of belonging from Nikolai, and lack of respect and appreciation towards Marlena. These feelings are all tied in with soundtrack of various music, which is reminiscent of the 1940s. The film is filled with intimate depictions of each individual’s struggles, which pull at the audience’s’ heart strings.  Sharing both pain and poignancy, the story leaves the audience feeling sorrow and nostalgia. 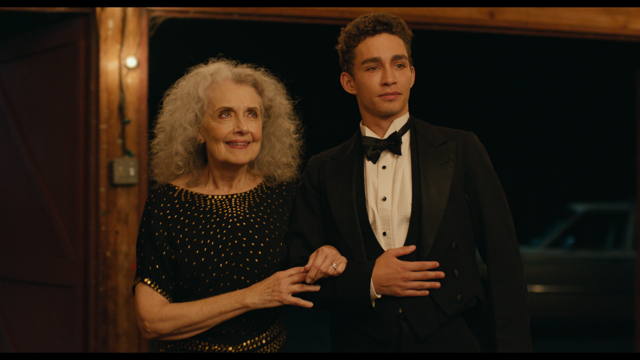 Does The Song of Sway Lake pass the Bechdel-Wallace test?

Yes, as “Marlena” (Elizabeth Peña) and Charlie talk about finding the record.

Sophia is currently a student of classical music. She joined FF2 Media in 2018, and loves working with everyone on the team because not only does it promote women's roles in films, it also opens her up to more works done by women. Sophia is so glad that there is a space that is full of women alike in their passion to bring more attention to females who are just as capable or even more capable than men in the industry.

View all of Sophia Jin's posts.