Bali: Beats of Paradise, directed by Livi Zheng, promotes the traditional Indonesian art of Gamelan music to the western world through the collaboration “Queen of the Hill” between The Voice’s Judith Hill and Nyoman Wenten, a famous Indonesian composer. (BV: 3.5/5)

In Bali: Beats of Paradise, Judith Hill, the singer with associated acts such as Prince and Michael Jackson, looks for a unique sound for her newest music video. With her search, she stumbles upon music UCLA professor Nyoman Wenten and his acclaimed work as a composer of Gamelan, the traditional ensemble music of Bali and Java in Indonesia. Captured by the man’s humble charm and Gamelean’s upbeat, eclectic sound, Hill and Wenten start their “East-Meets-West” collaboration, with Wenten’s goal to spread the sound of Gamelan and to gain at least one million views.

The documentary mostly centers around the music and film production of “Queen of the Hill”, Hill’s song with Wenten. The music video project also involves director Livi Zheng, who also directed “Queen of the Hill” and this documentary itself, Wenten’s students who admire the man’s humility, and Wenten’s wife Nanik, whose love for Gamelan and dancing rivals her husband’s. Wenten and his students provide the instrumentals, while Nanik directs the choreography of the dancers. Bali: Beats of Paradise is like a ‘behind-the-scenes’ documentary for those who really enjoy the music video and want 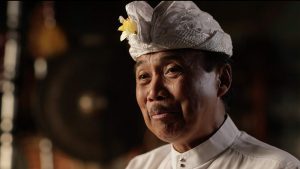 to learn about the thought process behind it.

Though the film focuses heavily on ”Queen of the Hill”, it also goes into Wenten’s past (featuring a reenactment), his life and history with Gamelan, and many accounts of why people think the music is special. Revealing that Gamelan has influenced media such as the movie Avatar, the film also asks the question, “how can we assimilate with the modern world while upholding tradition?”— a question prevalent among many peoples and customs.

I was actually quite excited to watch this documentary, if solely in solidarity with fellow Southeastern Asians, especially a female producer and director. It’s incredible to see people so engaged with their traditional dances and folklore, to be proud of it and to uphold their legacies, to even see others without that background be so interested. Bali: Beats of Paradise was absolutely beautiful in its cinematography, displaying wondrous natural sights from waterfalls to rice fields that made the film rich with visuals and a great tourism advertisement for Indonesia. Usually, reenactments are quite cheesy and done poorly but the documentary shone in this aspect as well. A reenactment was done to display Wenten’s past;with his storytelling, the bold, eye-catching indigenous costume, and the boy’s enthusiasm for dancing, it was quite effective in displaying Wenten’s love for his tradition. 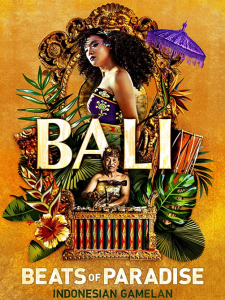 However, one glaring fault is that the documentary was very short with its insights to Gamelan. It mostly focused on the production of Judith Hill’s music video, “Queen of the Hill” and some accounts of how Gamlean has influenced media. It didn’t provide any historical context and I ultimately came out of the film feeling like I didn’t learn anything about Gamelan at all. The film went into some of Wenten’s past, such as how he met his wife and their decision to leave their kids in Indonesia., But this only brushed the surface. Most importantly, it did not touch on a major, touchy subject— cultural appropriation.

The fusion of cultures always brings about a conversation about cultural appropriation. When brought into a western context, we must ask ourselves the question— what is the line between appreciation and appropriation? In mainland Asia, this topic isn’t as prevalent as in the western world because culture is so prominent and mainstream. The focus in the motherland is to first and foremost garner attention from the rest of the world. However, many in diaspora have been exploited, disparaged and alienated due to their cultures and traditions, making the topic of cultural appropriation vital to discuss and bring awareness to. The film and music video were intended to be respectful; they were produced by an Indonesian woman and Indonesians were consulted upon and involved in its entire making, but Bali: Beats of Paradise didn’t mention cultural appropriation at all. I’m sure many others watching were debating the subject, so it would have been nice to at least acknowledge this point.

Nonetheless, Bali: Beats of Paradise was an enjoyable watch, full of bold visuals and charisma. Ultimately, it could have been longer, but it served in promoting Judith Hill’s music video. Seeing how traditional practices can be modernized and more accessible for younger generations, and to have people being un-apologetically Southeast Asian— those are the scenes that are most worth it. 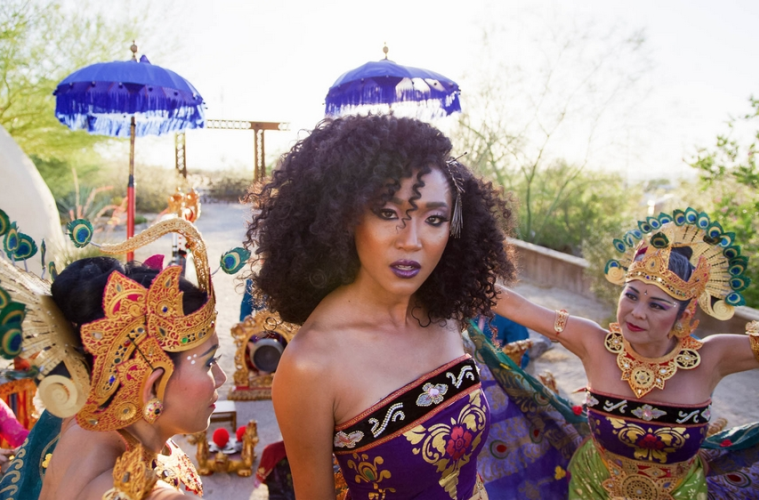 Does Bali: Beats of Paradise pass the Bechdel-Wallace Test?

Yes, the purpose of the documentary was to introduce Gamelan and promote Judith Hill’s “Queen of the

Hill”, and most conversation centered around that.

View all of Beatrice Viri's posts.