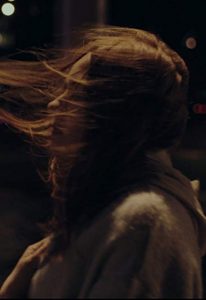 Karen Gillan makes her directorial debut with The Party’s Just Beginning, a movie that—while it has its problems—has punchy dialogue, vivid characters, and a lot to say about life as a millennial. Gillan’s direction gives the film a frenetic electronic score and some vital, real performances that make up for any failings in the script. (GPG: 4/5)

Karen Gillan’s Luisaidh is at a dead end in life—she has depression, she works at the meat counter at the local deli, and she’s just lost her best friend to suicide. We meet her in a delightfully imaginative scene where she is doing karaoke in a bar but just goes on a drunken, depressive rant about existence into the mic—while we see campy karaoke subtitles follow her speech on the bottom of the screen. It’s fun touches like this that gives The Party’s Just Beginning’s humor its lovely absurdist twist. The film feels a bit like an Internet meme; its main subject is the utter lack of prospects confronting much of the millennial generation, but it expresses this despair through an upbeat brand of self-destruction, a depression you can dance to.

While we watch Luisaidh engage in casual sex and drug abuse with friends and lovers, we also get flashbacks to her friend, and what led the friend to suicide. This is the main problematic element of The Party’s Just Beginning, because the friend is a trans woman whose story is utterly subordinated to the feelings Karen Gillan’s character has about her story. It’s an example of the “bury your gays” trope that I, as a queer person, have become pretty tired of after shows like The 100 playing with my heart for decades. 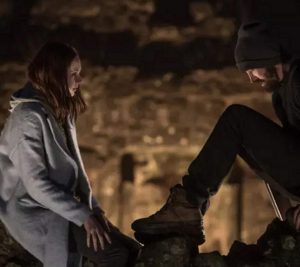 While the friend’s death isn’t a spoiler, there’s also another problematic plot element that would be a spoiler—all I’ll say is that it contains a depiction of sexual assault. This plot element struck me as not only gratuitous, but also an odd choice for the moment of the story where it was inserted. There was basically no context, and it was hard to find a reason for it to be there other than shock value or as a twist that was meant to shake the character emotionally. In both those cases, there were a lot of better choices that could have been made, and I wondered why they weren’t considered.

That said, I thoroughly enjoyed the rest of The Party’s Just Beginning, especially because of the electro-pop soundtrack and Karen Gillan’s deft performance of mental breakdown (also her extreme levels of attractiveness). Unlike other movies that try to depict youth culture and fail, this one felt more genuine. You can tell when a filmmaker is trying to tell a story about young people but is conspicuously not a young person, and Karen Gillan is clearly “hip to the kids” in her creative choices for this film. If you’re down for a film that has a lot to say about mental illness even though it doesn’t handle every plot element perfectly, I would recommend this one. 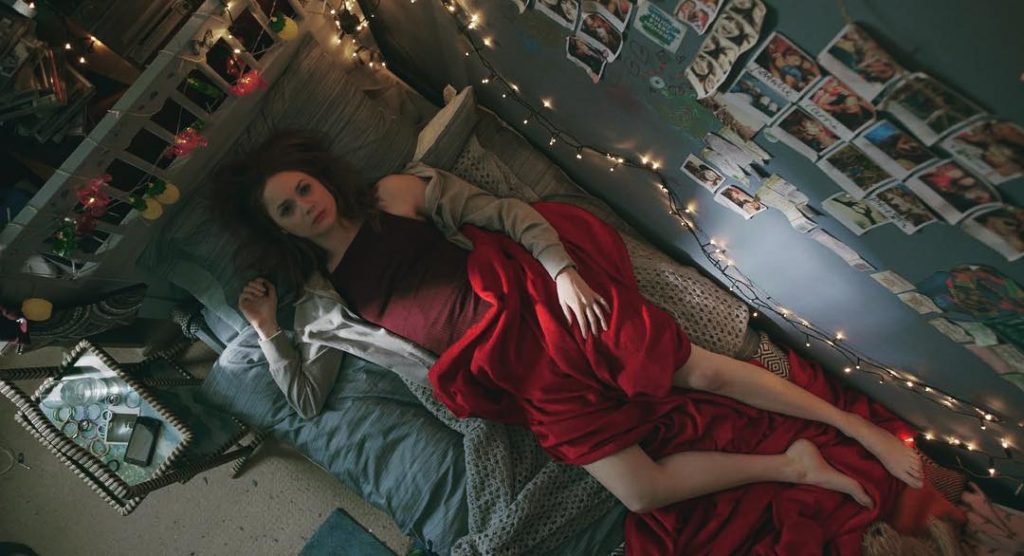 Q: Does The Party’s Just Beginning pass the Bechdel-Wallace test?

Yes! There are many scenes where two women talk to each other about things other than men.

Top Photo: Luisaidh out walking in the winter.