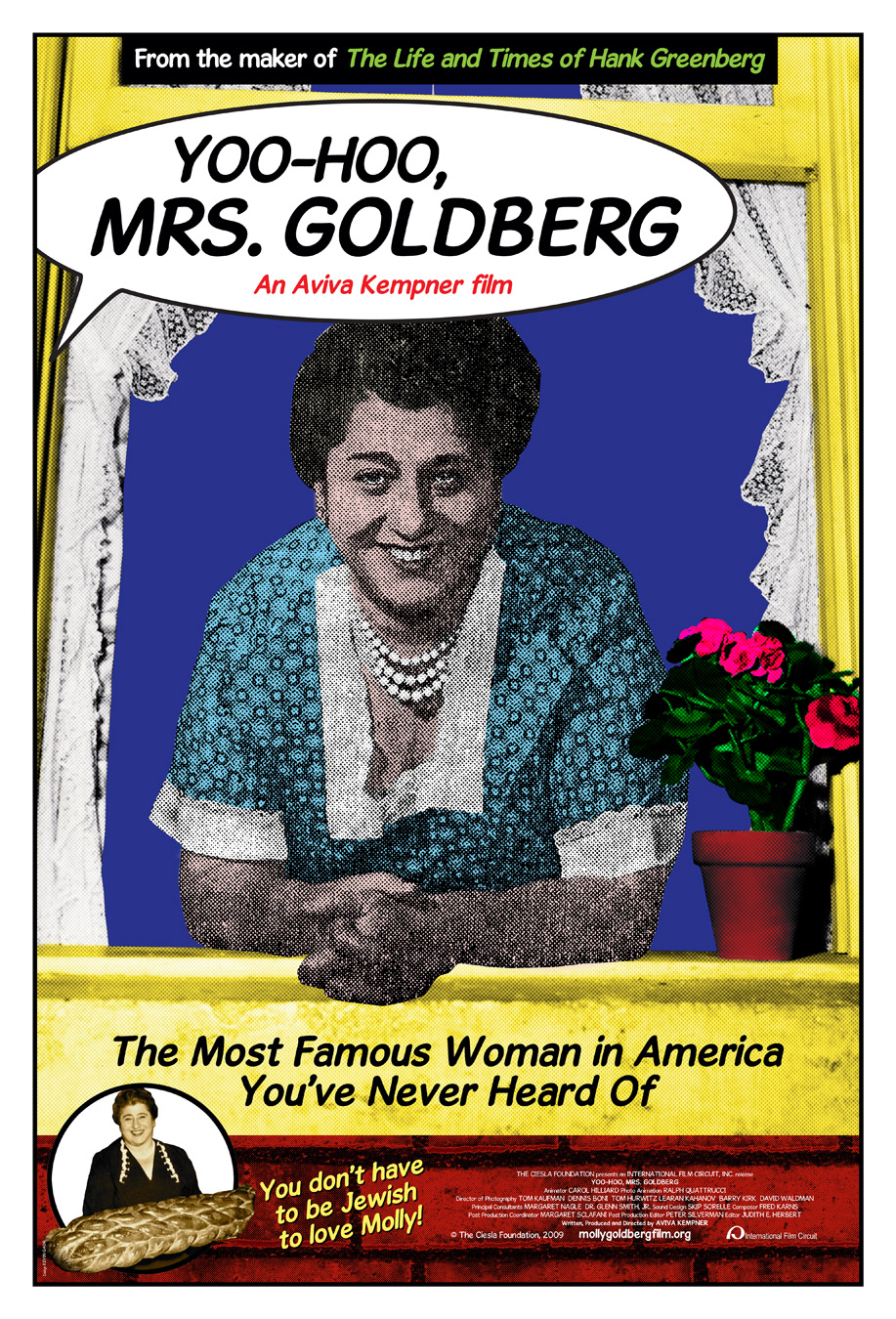 Tillie Edelstein was the creator of “Molly Goldberg,” one of the most beloved matriarchs in the history of American popular culture. Reinventing herself as “Gertrude Berg,” Tillie won an Emmy and a Tony, sold a cookbook and an autobiography, and ended her professional life as one of television’s best-paid variety show guests.

Award-winning director Aviva Kempner tells all this and more in her new documentary film Yoo Hoo, Mrs. Goldberg. Kempner’s description of Berg’s mercurial rise, juxtaposing a wealth of clips with new talking head interviews, is masterful, but the story of Berg’s ascent leaves a lot of unanswered questions, especially about her personal life. Berg’s story has resonant undercurrents, but Kempner completely avoids them.

Nevertheless, Kempner succeeds in bringing back a Jewish-American heroine now by and large forgotten. There’s one particular quote from Supreme Court Justice Ruth Bader Ginsburg that proves a point made frequently by Communications Guru Martha Lauzen: “If we change media messages, we change the world!”

Did you know that the first woman to win an Emmy Award for Lead Actress in a Comedy Series was a self-created “Yiddishe Momma” named Gertrude Berg? That was in 1951. My, how times have changed!

Born in 1898, Tillie Edelstein was raised by middle-class Jewish parents in Harlem, New York, far from the cacophonous tenements of Manhattan’s Lower East Side. She married young, started having babies, and longed for something more, so she took the first part of her mother’s maiden name (Gold) and combined it with her husband’s last name (Berg) to create a character named “Molly Goldberg.” (Somewhere along the way, she also replaced the diminutive “Tillie” with the more dignified “Gertrude.”)

Her first broadcast, in November 1929, turned “Molly” into one of the most beloved matriarchs in the history of American popular culture, first on her radio serial The Rise of the Goldbergs and then on her television series The Goldbergs (which ran almost without interruption until 1954). Remarkably, Berg served as writer, producer and star of both the radio and the TV shows. She also brought her fictional family to Broadway in 1948 as Me and Molly, and to the big screen in 1950 as The Goldbergs.

In addition to her Emmy (in 1951), Berg also won a Tony Award for Best Actress in the Broadway drama A Majority of One in 1959. The Tony lead to a new TV series (Mrs. G. Goes to College) in 1961, the same year she published her best-selling memoir Molly and Me. Her thirty-plus years as a leading lady finally behind her, Berg became a frequent guest star on variety shows like The Milton Berle Show and What’s My Line? She made her last TV appearance on Toast of the Town (later renamed The Ed Sullivan Show) in 1965, and she died, wealthy and famous, in 1966.

Award-winning director Aviva Kempner tells all this and more in her new documentary film Yoo Hoo, Mrs. Goldberg. Kempner’s description of Berg’s mercurial rise to the pinnacle of popular culture is masterful. Weaving her footage with great confidence, Kempner cross-cuts clips of old shows (Berg dressed as “Molly”) with clips of Berg “playing herself” in a 1954 interview with Edward R. Murrow. Kempner also has lots of talking heads on hand to provide background information and share insights. Cast members Arlene McQuade and Larry Robinson (who played Molly’s children) talk about life on the set, media folks like Ed Asner, Norman Lear, and Susan Stamberg discuss Molly’s impact as a Jewish-American role model, and Chris Doweny (from a Greek-American family) and Andrea Roane (from an African-American family) attest to Molly’s universality.

But the story of Berg’s professional ascent leaves a lot of unanswered questions about her personal life. Specifically, Kempner describes some of the issues Berg had with her two parents, but she is mute about Berg’s relationships with her two children. According to family friend Judith Abrams, there were “twelve thousand scripts that she wrote every word to,” but if Berg was a writer every morning and a producer/star every afternoon, then when was she a wife and mother?

As a feminist, I don’t believe that Berg always succeeded in juggling her various roles all day every day, and I can’t believe she didn’t berate herself every time a ball dropped. In fact, my guess is that Gertrude Berg’s domestic life was filled with inner turmoil, but when I asked Kempner this question, she said: “My film is called Yoo Hoo, Mrs. Goldberg, not Yoo Hoo, Mrs. Berg.” Nice try, but no sale.

American airwaves were filled with anti-Semitic tirades all through-out the 1930s, but according to Yoo Hoo, Mrs. Goldberg, Berg never received any hate mail, and no one like Father Coughlin ever took aim at her, even though she made herself an easy target by incorporating religious observances (like Passover Seders) into some of her shows. After breezing though both the Great Depression and World War II, The Goldbergs finally derailed in the mid ‘50s. In Kempner’s telling, The Goldbergs’ sudden fall from grace was a consequence of “the Red Scare,” and so she tells us way more than we really need to know about Philip Loeb (the actor who played Molly’s husband “Jake”).

But a film about The Goldbergs should be more concerned with Berg’s options than with Loeb’s fate after he was forced off the show. For example, once Berg finally reconciled herself to moving forward without Loeb, why did she decide to replace him with another actor? Perhaps The Goldbergs could have carried on better if Berg had written scripts for a widowed Molly rather than a faux Jake? The answer to this question interests me less than the fact that Kempner never asks it. Berg’s courage, persistence, and enormous personal loyalty would all be necessary elements in Yoo Hoo, Mrs. Berg, but they throw Yoo Hoo, Mrs. Goldberg a bit off balance. Second, Kempner explicitly compares Berg’s “Molly” persona with the “Lucy” persona created by Lucille Ball in I Love Lucy, so it would be easy to walk out of Yoo Hoo thinking Molly was America’s only heavily-accented immigrant matriarch. Not true. The Norwegian Hanson family is best remembered now in their Oscar-nominated big screen incarnation (in George Steven’s 1948 film I Remember Mama starring Irene Dunn as “Mama” and Barbara Bel Geddes as her daughter “Katrin”), but the beloved TV series Mama ran concurrent with The Goldbergs (from 1949 until 1957). Kempner does a great job of showing how The Goldbergs influenced TV shows that came after it, but Yoo Hoo, Mrs. Goldberg needs more clips from its contemporaries. Clips from TV shows like The World of Sholom Aleichem (broadcast in 1959), belong in Yoo Hoo, Mrs. Berg (the documentary Kempner says she didn’t make).

To be blunt, Kempner’s film convinced me that one of Berg’s great strengths was her ability to transform herself at will, in other words, there was no fixed line, for her, between “Molly Goldberg” and “Gertrude Berg.” Gertrude Berg didn’t rush home from the studio every night and make the kind of dinners Molly served to the Goldberg family, but she happily published a lucrative cookbook anyway. And that picture with the huge challah bread, is this “Lady Bountiful” Gertrude or Molly? To be the perfect mother—this was the core of the “Molly” character’s appeal. And I’m willing to bet that every day Gertrude Berg measured herself against a fantasy that she helped create, and then she found herself wanting. There’s a tragic, resonant undercurrent here, and the fact that Kempner completely avoids the topic only makes its absence more strongly felt.

In the end though, Kempner’s stated goal was to make a film about a heroic Jewish-American woman now by and large forgotten, and she certainly succeeded. There’s one particular clip of Supreme Court Justice Ruth Bader Ginsburg, running over the credits, that provides a perfect punctuation point. “If we change media messages, we change the world,” Martha Lauzen once told me, and Yoo Hoo, Mrs. Goldberg, imperfect though it may be, is definitely proof!

Jan Lisa Huttner: Aviva, in Yoo Hoo, Mrs. Goldberg, you show Gertrude Berg living a groundbreaking professional life, but you say very little about her domestic life. Clearly “Molly” was, in part, the mother Berg wished she had had, but how much of “Molly” was also the mother she wished she could have been?

Aviva Kempner: Actually I never thought of it that way. For me, it was just always amazing that she developed the full character of a loving mother that she didn’t have. I’m trying to think if anyone talked about her feeling guilty. I know that she was very busy and not always there with her kids, but everyone talks about her bestowing gifts on the family, entertaining them, having them out to her country home.

She drew from her family, but as she said: “I’m more hours a day Molly than I am Gertrude.” It wasn’t always so easy. She would be moody. And I think it was very clear that she was a dictator on the set. I didn’t coat that over.

At home, she had full-time help, so let’s be clear that she didn’t have to run a home. As you know from the film, she published a cookbook, but she really didn’t know how to cook.

Jan Lisa Huttner: So what are your personal feelings now about Gertrude Berg as a feminist role model?

Aviva Kempner: I think it’s amazing what she was able to pull off every day. I mean just to be able to write so many scripts, I can’t imagine it! I wear three hats (writer, producer, and director), but she was also the star.

Jan Lisa Huttner: So what do you think made “Molly” so beloved?

One man, he just wasn’t good in his presentation, but he had an interesting observation that his father was anti-Semitic but he was sort of softened by watching The Goldbergs, that a lot of times people who are anti-Semitic don’t know who Jews are, and that this was a good way of portraying Jews on the screen. So it wasn’t just Jews listening.

I positioned moments in my film when I saw the letters that people wrote to Berg. The mail I saw in her papers was effusive. Maybe she had hate mail, but she certainly didn’t put it in her collection. Hopefully she threw it out.

On her radio show, she had a Kristallnacht scene, and she did a Passover show right after Hitler came to power. NPR reporter Susan Stamberg said: “I’m not even Jewish, but I was so moved by hearing that Passover ceremony.” And that was even a year before Hank Greenberg didn’t play on Yom Kippur [in 1934]. They were both such important cultural heroes at that time.

Follow this link to read my chat with Martha Lauzen:

Follow this link to read a great interview with Aviva Kempner posted by the Women’s Media Center: 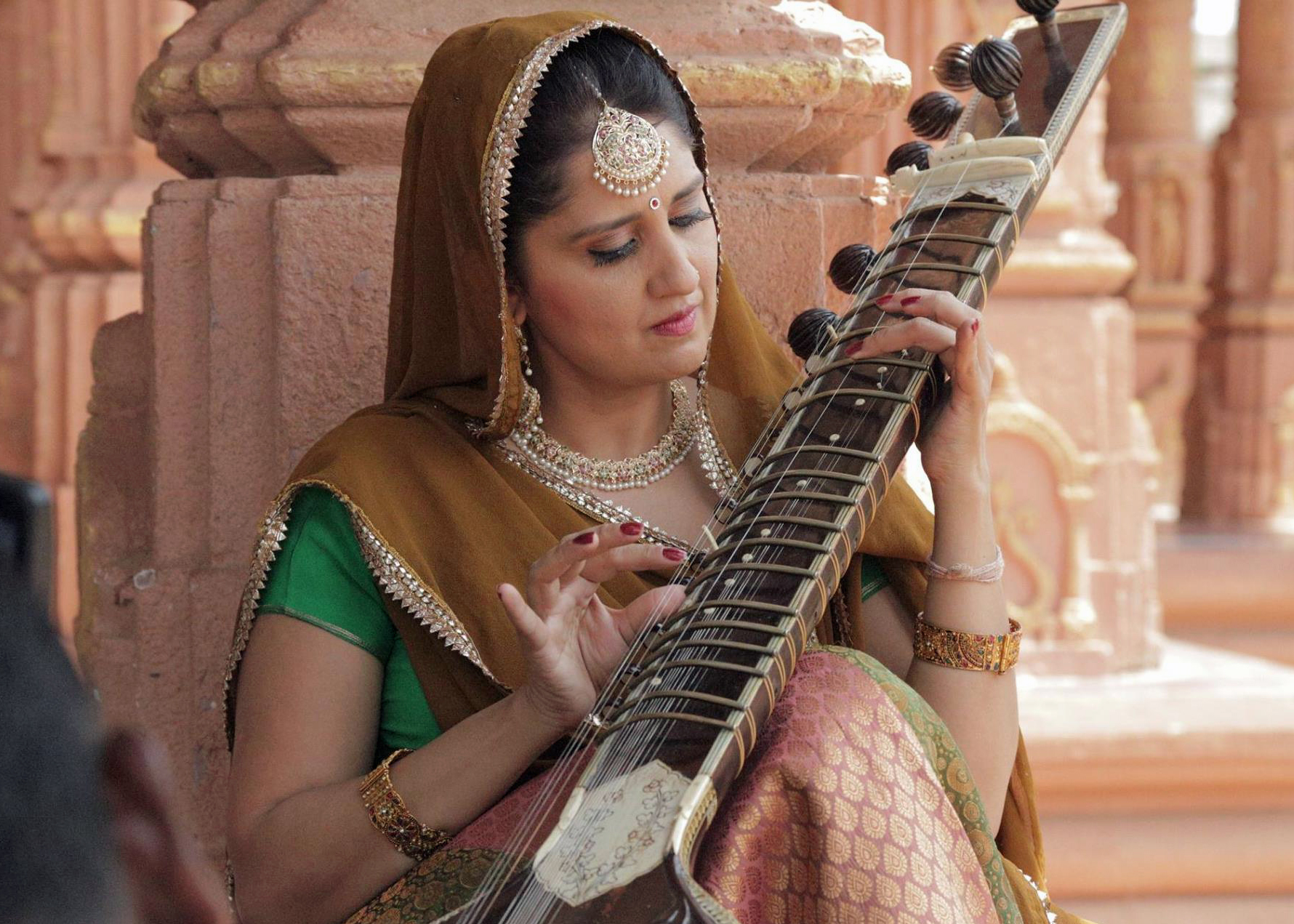 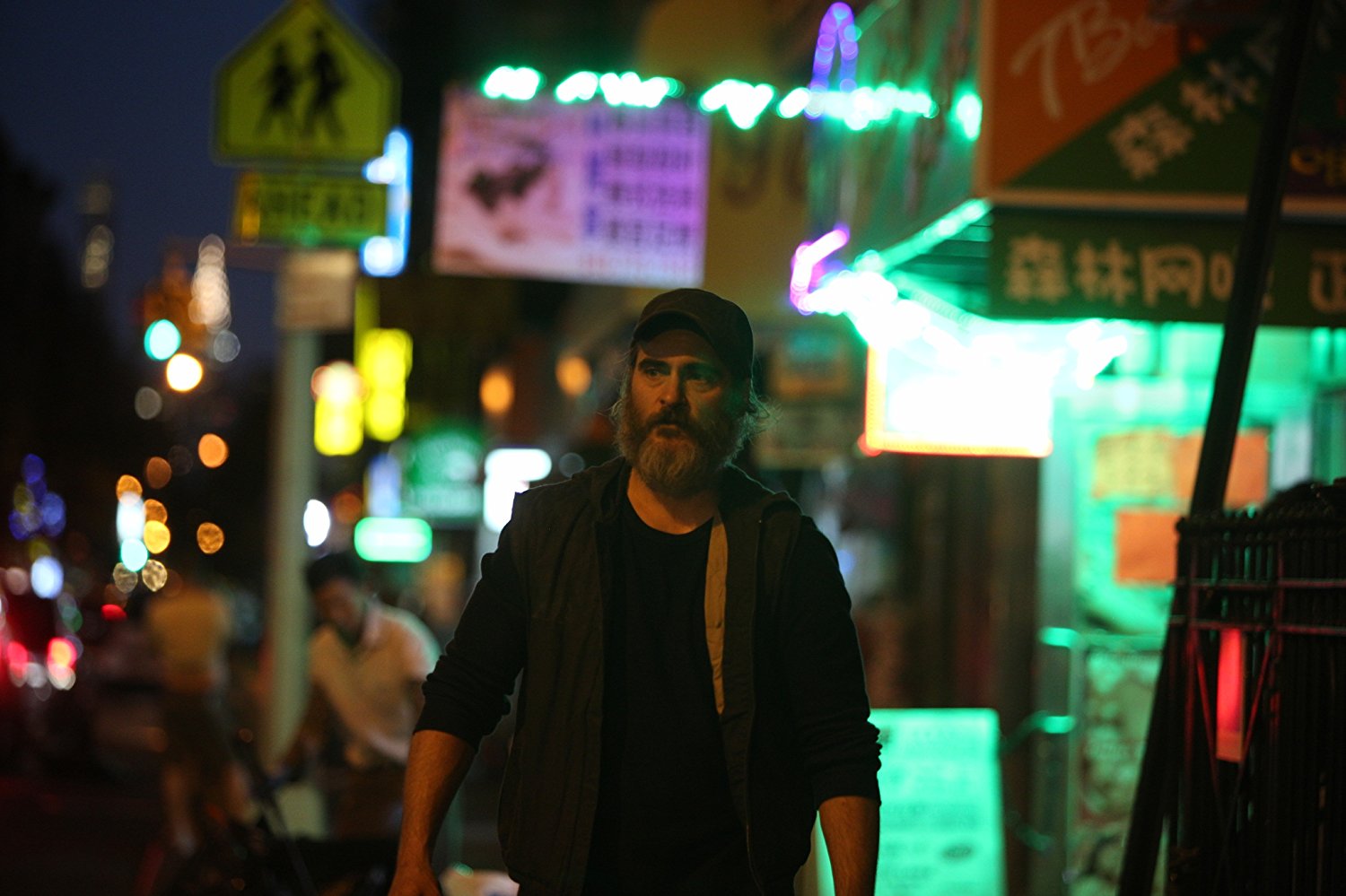 YOU WERE NEVER REALLY HERE (2017): Review by Katharine Cutler