IN A BETTER WORLD 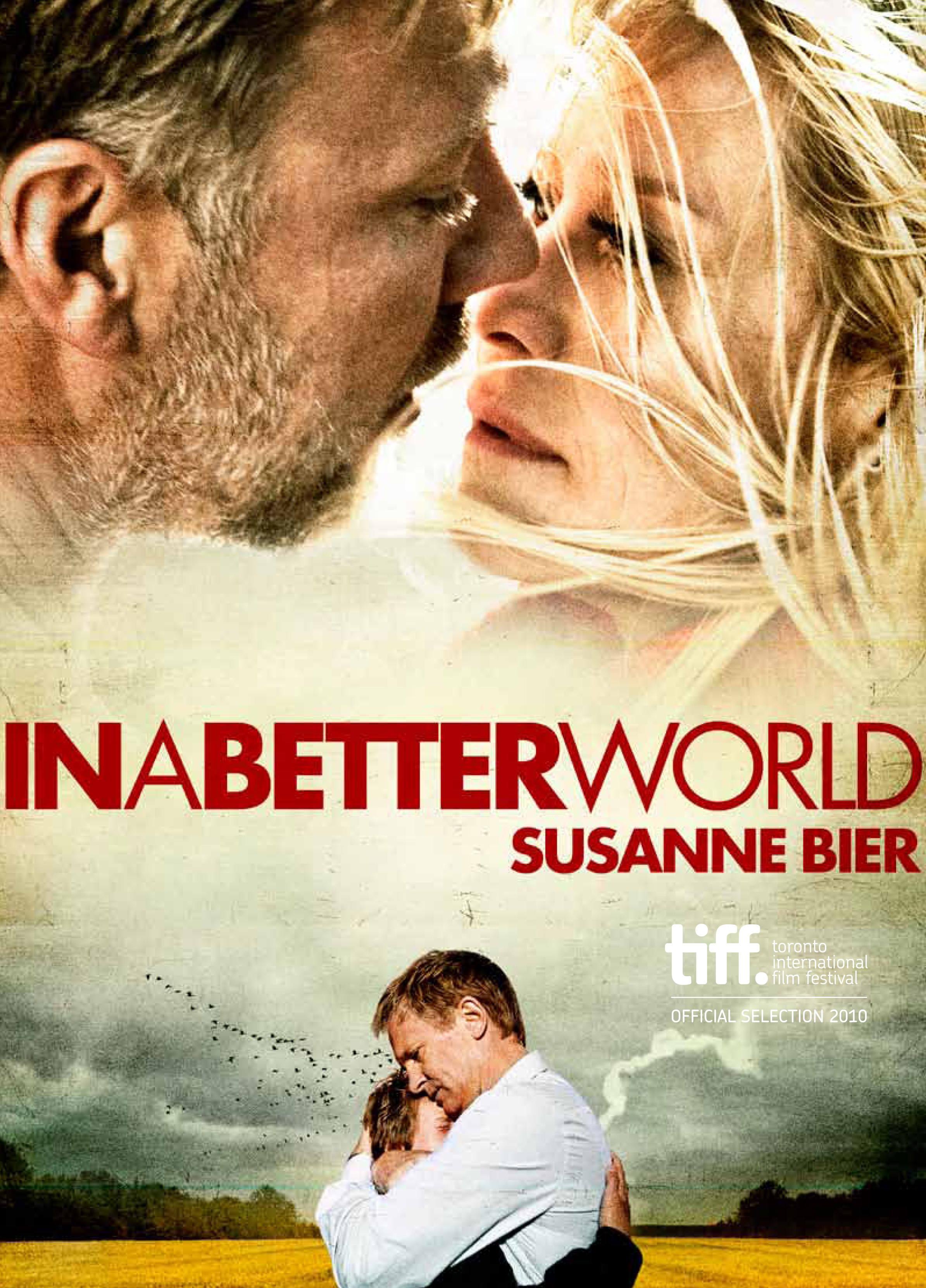 “Anton,” the central character in Susanne Bier’s Oscar-winning film In a Better World, is a physician who divides his time between the comforts of Denmark and the rigors of an African refugee camp. Although surrounded by poverty and hardship, Anton knows who he is in Africa. He does his job and most days he wins: the sick are healed; the weak are restored. But as soon as Anton returns home, the skies above him turn dark and cloudy, and daily life is suddenly much more complicated.

How does a good man, a modern man, a 21st Century “First World” man with all of his privileges teach his son to walk the line between mensch and wimp? This is the moral dilemma posed by In a Better World. Anton takes his responsibilities as a role model seriously, but his son “Elias” is already old enough to see the harsh realities of life for himself, and the story has a spiral structure that forces its parallel characters towards an ever narrowing set of options.

As a feminist, I don’t often feel that women have an easier time in the world, but I definitely had a new appreciation of the complexities of masculinity after watching In a Better World. (JLH: 4.5/5)

Christian has been living in London where his father “Claus” (Ulrich Thomsen) works. His mother has recently died of cancer, and father and son have returned home, at least temporarily, to live with Claus’ mother “Signe” (Elsebeth Steentoft).

Elias lives with his mother “Marianne” (Trine Dyrholm) and his younger brother “Morten” (Toke Lars Bjarke). Elias’ father “Anton” (Mikael Persbrandt) is a physician who also works abroad, dividing his time between the comforts of Denmark and the rigors of an African refugee camp.

We all want to believe in utopia; we all want to think that with enough time, effort, education, patience, whatever, we can make the world a perfect place, but, alas, it’s not so simple. Young as they are, Christian and Elias already know the world is full of bullies, especially that ultimate bully Death—the Grim Reaper. (Since this is a Scandinavian film, the image of “Antonius Block,” the chess-playing knight in Ingmar Bergman’s masterpiece The Seventh Seal, seems to haunt the edge of the frame.)

So what is the good man, the modern man, the 21st Century “First World” man with all of his privileges to do? In the face of these realities, how will he teach his son to walk the line between mensch and wimp? This is the moral dilemma posed by director Susanne Bier and screenwriter Anders Thomas Jensen in their latest collaboration In a Better World.

The central character in In a Better World is Anton, initially presented to us as an archetypal hero: a white European male calmly performing emergency surgeries and dispensing medicines in a field hospital. “How are you? How are you?” cry an adoring throng of Black youngsters every time his jeep arrives from the base camp. Tired as he is, Anton’s face shines with self-satisfaction. He knows who he is in Africa. He does his job and most days he wins: the sick are healed; the weak are restored.

When Anton returns home, however, the sky above him immediately turns dark and cloudy. The same wind that blows aimlessly over the parched earth of Africa has been harnessed in Denmark; huge blades capture it and use it to maintain the landscape’s luxurious green carpet. But his wife Marianne greets him coldly. She thought they had a perfect marriage; she was wrong. Anton has been cheating on her, and now she cannot forgive him for her own self-deception.

Despite her ambivalence, however, Marianne still wants her sons to love their father. Furthermore, Elias has been having problems in school, and Marianne thinks Anton’s presence will make things better. Once again, Marianne is naïve.

Long after he knew better, Claus kept telling Christian that his mother could beat her cancer. And so Christian, already alert to adult lies, sees through Anton’s facade after an altercation with a local bully named “Lars” (Kim Bodnia). Anton wants the boys to dismiss Lars as a mere nuisance rather than a threat, but Christian convinces Elias that they must redeem Anton’s lost honor, and so they hunt Lars down and plot their revenge.

The story has a spiral structure that forces its parallel characters towards an ever narrowing set of options. Two fathers strive to be good role models, “civilized” men coping as best they can with the vagaries of modern life, but two boys see the harsh realities that lie beneath these empty reassurances. There are bullies everywhere who will not contain their behavior; bullies who test themselves against the rules just to see if they’re strong enough to break them. That this film ends more or less happily, after so much dread, is part of the illusion: when all is said and done, our only option is to keep trying. There is no other choice.

Even though In a Better World was directed by a woman, the world that director Susanne Bier depicts on screen is definitely a man’s world. Christian has idealized his mother, but in his heart he knows she was no saint, and his grandmother Signe is unable to comfort him. Marianne is closer to her boys, but also completely ineffectual when Elias needs her the most.

As a feminist, I don’t often feel that women have an easier time in the world, but I definitely felt that way watching this film. Men are more hierarchical than women (seemingly always forced to measure themselves on some new “alpha dog” scale), so most women don’t have the same relation to evil that men have. Furthermore there’s truth to the adage that “men act out whereas women act in,” therefore disputes between women rarely become as deadly and literally life-threatening as disputes between men. “Honor” means more to men than to women, and there are codes of masculinity in all cultures that acknowledge this. 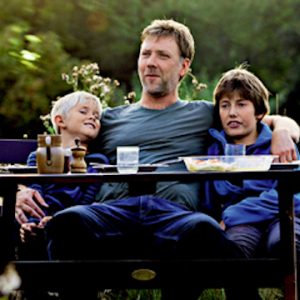 In 2009, Mikael Persbrandt was named Best Actor by the Swedish Film Institute, rewarded with a Guldbagge Award for playing “Siggy Larsson” in Jan Troell’s film Everlasting Moments. Ironically the Siggy of Everlasting Moments is exactly the kind of abusive bully that Anton must confront inIn a Better World, but he is so transformed as Anton that I had no sense of ever having seen him onscreen before. Bier uses Persbrandt’s robust physique to her advantage, and Persbrandt’s performance is heart-rending precisely because he must always struggle to contain his obvious strength and power. If only being a man was simply a matter of muscle.

Beyond the excellent cast, I was particularly moved by Morten Søborg’s elegant cinematography which captures the heat of Africa in counterpoint to the cool of Denmark. Tracking dust devils (mini-tornadoes made of sand) at the edges of the camp, Anton shades his eyes from the glare. Back home he’s surrounded by water, sometimes diving in head first to cool his roiling emotions. I also loved Johan Söderqvist’s subtle soundtrack which augments the action and never overpowers it.

In a Better World received the 2011 Oscar in the Best Foreign Language Film category as well as the Golden Globe. At this point I’ve seen three of the other candidates on each list (including Alejandro González Iñárritu’s film Biutiful which also appears on both lists), so I haven’t seen them all yet, but I’m still very happy with this choice.

After I saw In a Better World the first time, I left the screening room and called my husband, thanking him for always trying as hard as he does to be a mensch in all circumstances regardless of provocation (sometimes even from me). I said this sincerely, with new appreciation. The second time I saw In a Better World, I saw it with him, and I’m proud to say he likes it too. 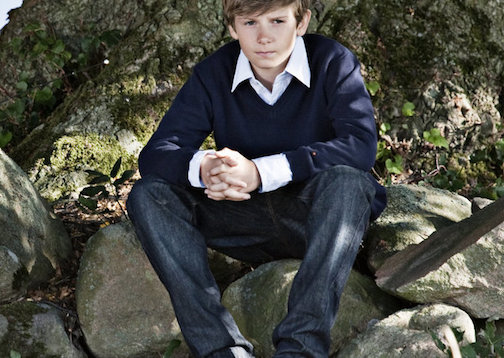