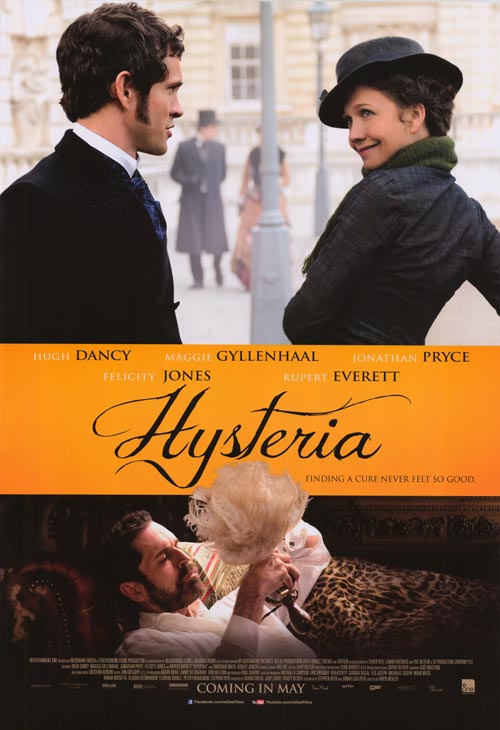 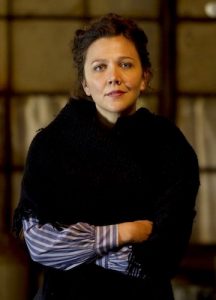 Tanya Wexler’s new film Hysteria is a marvel of “loose/tight” properties. On the one hand, it’s tremendously funny. On the other hand, I was always laughing through my tears.

So here is the set-up: an idealistic innocent is at the crossroads, and sooner or later, he will have to choose. But don’t be fooled by the gift-wrapped ending. Women’s suffrage? Settlement Houses? These elements aren’t “fluff,” they’re essential to the success of Hysteria. Tanya Wexler trusts us to both enjoy her film and understand its depth of content.

Tanya Wexler’s new film Hysteria is a marvel of “loose/tight” properties. On the one hand, it’s tremendously funny. I giggled my way through most of it, periodically erupting into belly laughs. On the other hand, I was always laughing through my tears, perfectly aware of the fact that most of the scenes I was watching couldn’t be more serious. How did Wexler manage it? I don’t know, but my first Hysteria screening delighted me and I left the theatre eager to see it again.

In Hysteria, “Mortimer Granville” is played by angel-faced Hugh Dancy. I first took note of Dancy when he played the lead in a 2002 adaptation of George Eliot’s Daniel Deronda. Soon after it aired here in Chicago on PBS, I watched him play the ill-fated Earl of Essex to Helen Mirren’s Elizabeth Rex on HBO, and I’ve followed him ever since.

Dancy’s depiction of Mortimer is pitch-perfect. He’s an earnest, dedicated physician: hard-working, sincere, and committed to learning all the latest theories and techniques. He has come of age in the midst of Darwinian frenzy (recall that On the Origin of Species was published in 1859 and The Descent of Man was published in 1871) and he has embraced science as the language of his day.

But Mortimer is also a bit of a prig. His parents were Middle Class reformers who died of cholera while helping others. After their death, young Mortimer was adopted by “Lord and Lady St. John-Smythe” (Malcolm Rennie and Gemma Jones), who raised him in wealth and comfort side-by-side with their own son Edmund, and ensured his education as a proper gentleman. But Mortimer doesn’t want their continued charity. Determined to make his own way in the world, Mortimer rejects Edmund’s continuous offers of assistance, although he reserves the right to pop into Edmund’s study for a pep talk whenever he feels the need to grouse.

Affable “Edmund” (Rupert Everett) is also a scientist although he’s more interested in physics than biology. When we first meet him, Edmund has just installed a newfangled invention (now called a telephone) and he’s forever yelling “Ahoy! Ahoy!” into the mouthpiece, hoping someone is out there somewhere to hear him on the other end. Edmund, of course, has the eccentric habits of a man who has always been wealthy and can’t imagine life otherwise.

Fired from his latest job in a public hospital (where he had the temerity to ask nurses to wash their hands before treating his patients), Mortimer makes the rounds with no success until he reaches the home of “Dr. Robert Dalrymple” (Jonathan Pryce), a physician with a thriving private practice in women’s medicine. Dalrymple is desperate for assistance, and handsome, well-bred Mortimer is instantly offered a training position (complete with room and board). Once ensconced in the household, Mortimer learns Dalrymple has two eligible daughters: “Emily” (luminous Felicity Jones) and “Charlotte” (feisty Maggie Gyllenhaal).

So here is the set-up: an idealistic innocent at the crossroads. He can pick Emily, the well-traveled past as personified by a refined woman in pale silk who plays almost perfect Chopin. Or he can pick Charlotte, the future embodied by an outspoken woman who prefers to wrap herself in rough black wool and spend her days running an East End settlement house. Dr. Dalrymple, who is a widower, calls Emily “the angel of the house,” but Charlotte, dashing in and out at will and always asking for more money for her charities, plagues and vexes him. Sooner or later, Mortimer will have to choose.

But don’t be fooled by the gift-wrapped ending. Most English women won’t get the vote until 1928 (although wealthy women over age 30 will be enfranchised in 1918) so life with Charlotte will be a constant uphill battle for decades to come. Beneath the ribbons and bows are serious questions about the multiple ways in which men have attempted to control procreation through the ages. Even now, in the second decade of the 21st Century, women in many countries have minimal reproductive rights, and here in the USA rollbacks to more Victorian mores are always on the Conservative legislative agenda.

Women’s suffrage? Settlement Houses? These elements aren’t “fluff,” they’re essential to the success of Hysteria. Robert Dalrymple isn’t a bad man, he’s just used to having things his own way and he’s not inclined to change—even if his stubborn invocation of his own privileges will cause his daughter Charlotte irreparable harm. Once Mortimer realizes this, he knows what he must do. And in just the same way, Tanya Wexler is trusting that her audiences will see more than Nic Ede’s opulent costumes and hear more than Gast Waltzing’s bouncy score; she is trusting us to both enjoy and understand.

I wish you could see Hysteria the way I did! As usual, I went in knowing nothing beyond some vague notion that the film I was about to see had something to do with the invention of the vibrator—certainly an intriguing concept—but that was it. I had no idea who the characters in the films would be or how their personal relationships would evolve. In particular, I was not expecting a “RomCom” (a romantic comedy), therefore I was in genuine suspense about who would end up with whom until the very end.

When I spoke with Tanya Wexler face-to-face during her Chicago Press Day on May 11th, she told me she wasn’t bothered by the posters showing Hugh Dancy’s “Mortimer” embracing Maggie Gyllenhaal’s “Charlotte.” “You know that the two biggest stars are going to get together. Inherently you know that,” she shrugged. “It’s not the ‘if,’ it’s the how.”

But here’s the thing: it’s been quite a year for Felicity Jones who has received numerous accolades for her recent role in Like Crazy including UK’s Empire award (Best Female Newcomer) and NYC’s Gotham Breakthrough award, plus a National Board of Review award (Best Breakthrough Performer), and a Special Jury Prize from Sundance. So Jones is genuinely a “leading lady” now. Furthermore, there’s a delightful scene in which Rupert Everett admires the sight of Gyllenhaal’s tush as she peddles away on a bicycle. So I can well imagine a screenplay in which Mortimer marries Emily while Edmund pairs up with Charlotte.

Marketing Hysteria as a RomCom trivializes the relationships, drains tension from the story, and makes it easier to dismiss Mortimer’s transformation. Charlotte may be playing to the crowd in the climatic courtroom scene, but we must be able to connect the opening (in which Mortimer is unable to save the patient with a gangrenous leg) with his fears for Charlotte (who will very likely die if forced to undergo a hysterectomy in an insane asylum). Robert Dalrymple has become comfortable in his medical practice, so maybe he genuinely believes this treatment will benefit his troublesome daughter, but we know that Mortimer knows otherwise.

I’ve always been baffled by genre labels, and after watching Hysteria I realize I no longer know the difference between comedy and tragedy. The best tragedies often contain comic elements, and the best comedies almost always have genuinely tragic elements (as Hysteria certainly does).

Reading the reviews of many of my colleagues (especially many of my male colleagues), I fear that Hysteria is another case of the dread phenomenon: When Bad Marketing Happens to Good Movies. When I saw Hysteria, without any marketing hype, I saw one of the best films of 2012. Did you? 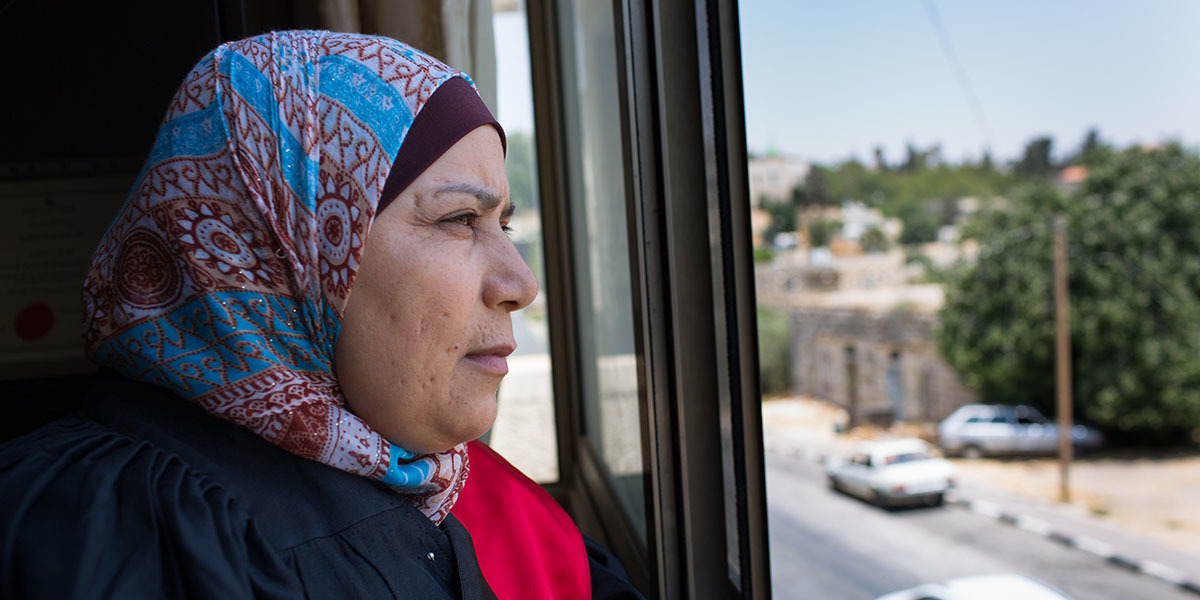