Last chapter in the Celine/Jesse trilogy after BEFORE SUNRISE (1995) & BEFORE SUNSET (2004), does not stand alone, but all together these three films prove that a whole really can be greater than the sum of its parts.

Putting the son from his first marriage on a plane at the end of a summer together, Jesse (Ethan Hawke) finally understands that actions have consequences, but can Celine (Julie Delpy) let herself trust him? (JLH: 4.5/5) Click HERE for our FF2 Haiku.

Q: Does this film pass the Bechdel Test? Yes. (Barely, but yes.)

Based on characters created by Linklater & Kim Krizan

Way back when, two young people met on a train and fell in love. “Celine” (played by Julie Delpy) was French, a student at the Sorbonne heading home after a visit with her grandmother in Budapest. “Jesse” (played by Ethan Hawke) was American, a college drop-out from Texas using up the final miles on his Eurail Pass. They both had their heads buried in their books, but made eye contact when another couple in their compartment (“two fortyish types”) began a loud argument.

“Have you ever heard that as couples get older they lose their ability to hear each other?” she asks. “Must be nature’s way of allowing couples to grow old together and not kill each other,” he answers. And as they flee to the lounge car to escape the ongoing tumult, you can hear what both of them are thinking: “That will never be me!”

Skip ahead 20 years and they’re back, but now Celine and Jesse are the “two fortyish types,” and they’re locked in a never-ending argument all their own.

To tell you the truth, I was never a big fan of the “Before” films (Before Sunrise, released in 1994, and Before Sunset, released in 2004), so I wasn’t in a big rush to see Before Midnight. But committed as I am to women filmmakers, I went… and surprise: I was blown away!

So me being me, I went back and watched the two earlier films on DVD and then went back to the theatre to see Before Midnight again before writing this review. I also watched Linklater’s 2001 animated film Waking Life for the first time (because I knew from osmosis that Jesse and Celine had at least one scene in that film). And I also watched Julie Delpy’s film 2 Days in New York for the first time. (I had already seen and reviewed her earlier film 2 Days in Paris.)

Do you have to do all of this in order to enjoy Before Midnight? Certainly not! But if you don’t know who Celine and Jesse are before you travel with them to Greece in Before Midnight, you might well find them as unappealing as the couple they fled from on the train way back when. Therefore here’s a bit of a refresher for those who have seen Before Sunrise and Before Sunset, but don’t quite remember the details.

Before Sunrise: After spending several hours together in the lounge car, Jesse convinces Celine to get off the train with him in Vienna. They wander around all night walking and talking, drinking and sightseeing, flirting and canoodling, until, inevitably, the sun rises again and a new day begins. Then Jesse takes Celine back to the train station, and just as she is boarding, they agree to meet again in Vienna in six months. But they make this promise without exchanging any contact information…

Before Sunset: Approximately ten years have passed. Jesse is now the author of a popular novel about a young American who spends one very romantic night with a beautiful French girl in Vienna. He is in Paris, on the last stop of a European book tour, and he suddenly spots Celine in the audience. This time Jesse only has a few hours left before a flight back to New York (where his wife and son await his return). Celine and Jesse head off together for a cup of coffee…

Before Midnight: Another decade or so has now passed. Jesse is at the Kalamata Airport in Greece with his son “Henry” (Seamus Davey-Fitzpatrick) at the end of yet another summer vacation. Jesse and his wife have been divorced for years, but she (Jesse’s wife never gets a name) still harbors a grudge. So Henry keeps an emotional distance from his father, and when Jesse tries to plan a visit to the USA, Henry pleads with him to stay away. Henry tells Jesse that his presence would upset his mother, and that would make Henry’s life even more miserable than it already is. Jesse watches as Henry pushes his bags through the scanner and walks toward the gate without ever looking back for one last goodbye.

Deeply concerned, very guilty, and somewhat depressed, Jesse walks out of the terminal and there is Celine, standing in front of their rental car, talking to someone on her cell phone. Inside the car are two beautiful twin girls, propped up against each other shoulder-to-shoulder, asleep in the back seat. So much for that one cup of coffee after the book signing in Paris!

If you haven’t seen Before Sunrise and Before Sunset, or if you have seen them, but don’t remember many of the details, you might well think that Celine has become a bit of a shrew. The girl who was so dreamy and romantic is now a working mother juggling child care with professional obligations, and she has a partner, who “helps” when he’s around, but what about when he’s not around? Celine knows all too well how she seduced Jesse away from his wife and son; is there someone already “out there” planning to steal Jesse away from her and the twins?

For the first two thirds of Before Midnight, the tension in the relationship is contained by social pressure. Celine does not want to worry her girls during the drive back to Kardamili, nor does she want to feed any gossip in Kardamili (where they have been living all summer). Jesse has become an internationally famous novelist on the basis of his two books about Celine (which obviously follow the basic trajectories of the first two films), and everyone in Kardamili wants them to be that same loving couple in person, regardless of whether they really are or not. So Celine spends her time in the kitchen preparing a huge feast with the other women, and Jesse spends his time schmoozing with the guys (telling them all the philosophical meditations he once used to charm her). Then everyone gathers around a large table to eat, drink, and talk about life.

But their Kardamili friends have a surprise for them. They have paid for a room in a very fancy hotel so that Celine and Jesse can have one romantic night alone together before they return to Paris. No, no, don’t worry about the girls (wink, wink); we will babysit and they will be fine. And so, alone together for the first time in who knows how long, Celine and Jesse finally have the battle they have somehow postponed and always feared.

Regular readers know I would rather cut out my tongue than give away the ending, but I will say this: the first time I saw Before Midnight my eyes got all misty, and the second time I saw Before Midnight, my tears flowed full. I now believe “The Before Trilogy” is one of the most powerful works of cinematic art I have ever seen. Richard Linklater has always said that his goal as a filmmaker was to capture time, and miracle of miracles, by God, he’s done it!

But let’s be clear here, although these films will undoubtedly be referred to, now and forever, as “Richard Linklater’s Before Trilogy,” he has not, in fact, done all this on his own. In Before Midnight, Linklater has brought back two loyal collaborators, Sandra Adair (who does a fabulous job smoothly editing around the long takes and tracking shots) and Graham Reynolds (who creates a lovely, lyrical melody for the soundtrack), and added a well-known Greek cinematographer Christos Voudouris to his team. And for the screenplay, Linklater once again worked with his two leads, Julie Delpy and Ethan Hawke, to incorporate their ideas on character development and dialogue.

“The auteur of the Before series must thus be considered a triumvirate,” says Phillip Lopate in his long glowing piece for Film Comment… But wait: Isn’t there someone missing…?

Way back when, two young people named Richard Linklater and Kim Krizan wrote the Before Sunrise screenplay, and her name is still carried in all subsequent chapters on IMDb: “Kim Krizan (characters).” I don’t know what kind of personal and professional relationship Linklater and Krizan had “way back when,” and I don’t know if they have any kind of relationship now, but I really don’t care. Really, none of that concerns me. The bottom line is that “Richard Linklater’s Before Trilogy” is actually the work of a quartet comprised of two male voices and two female voices. Vive la difference!

Final Note: Walter Lassally is not an actor; Lassally is actually a widely-respected cinematographer who won an Oscar in 1965 for his work on Zorba the Greek. The house scenes were filmed in Kardamili, at the home of British travel writer Patrick Leigh Fermor. Although Fermor died in 2011, I think it’s safe to assume Lassally’s character is deliberately named “Patrick” as an homage. 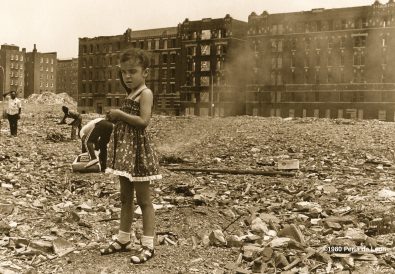