Raised as an Evangelical Christian, Lamb heads off to Las Vegas for answers. Either God is not omnipotent, or she is not a “good” person. Engaging dramedy with a gentle gut punch. (JLH: 3.5/5)

Click HERE to read our FF2 Haiku. Not yet seen by Rich.

Dear Reader, Please indulge me as I begin this review with a spelling bee word: “Theodicy.”

Theodicy is a theological debate about the existence of evil, the anguished and very human yearning to understand how a benevolent deity who is all powerful can allow bad things to happen to good people. Many honorable individuals–from the most brilliant minds to the most ordinary among us–have faced this dilemma since Biblical times (and probably before). There is no way to read the Book of Job, for example, and not ask these questions about God and Justice.

In Paradise, self-doubt weighs heavy on the mind of a young woman named “Lamb Mannerheim” (Julianne Hough). Raised as an Evangelical Christian, Lamb was never told there was a problem called Theodicy. Even in cases of terrible natural disasters (like Katrina in 2005 or the series of hurricanes that hit Haiti in 2008), she’s been taught God unleashed His mighty vengeance (just like when He destroyed Sodom and Gomorrah). If people really are good, bad things won’t happen to them.

But something terrible happened to Lamb, and though her body is finally on the way to recovery, her soul is in peril. All her life, she was so visibly one of God’s chosen–beautiful, talented, lovely in every way. Her family thinks God saved her from the flames and returned her to them, scared but whole. Lamb attributes her recovery to all the doctors and nurses who worked so hard to bring her back from the brink. She knows she owes her gratitude to science,  not the prayers of her parents and their church. And so even though she knows she’s supposed to donate her big insurance pay-off, she refuses to do it. She takes her rage and lots of cash to Las Vegas (the most sinful place she can think of) determined to outrage Him so He will strike her dead.

But a funny thing happens to Lamb in Las Vegas–she finds out it’s not so sinful after all. Tourists may live fantasy lives (Look! There’s the Eiffel Tower!), but the people who actually work there live real lives. And underneath all the glitz and glamour, Las Vegas is a very sad place.

Lamb’s two guides in this netherworld are a bartender named “William” (Russell Brand), who laughs when she orders on a shot of Peach Schnapps and then chokes on it, and his friend “Loray” (Octavia Spencer), who tells her not to look at her like a “Magical Negro” (a Bagger Vance) set on Earth to serve a hapless white person. But in fact it is Lamb who rescues Loray not vice versa. Lamb’s encounter with a prostitute named “Amber” (Kathleen Rose Perkins) has a similar result. All of these people, who have lived for so long in cynical shells, see themselves anew in Lamb’s eyes. The more she wants to be bad with them, the more they want to be good to her.

Paradise is the fourth screenplay by Diablo Cody (who won an Oscar in 2008 for Juno); it is also her directing debut. Ironically I hated Juno; the dialogue everyone else seemed to adore sounded totally fake to me. So while I appreciate that Cody is trying to use her success in service of new female characters with unique voices, I worry that she will be dissed for not giving my colleagues the very thing they enjoyed so much before. Most of the dialogue in Paradise is very sincere, because that is Lamb’s personality. Anything else from her would sound wrong.

There is nothing edgy in Paradise, just heart-filled questions honestly asked and thoughtfully answered. I hope cast and crew are rewarded for their efforts and Paradise succeeds in finding its rightful audience.

Top Photo: Julianne Hough as “Lamb Mannerheim” before the crash. 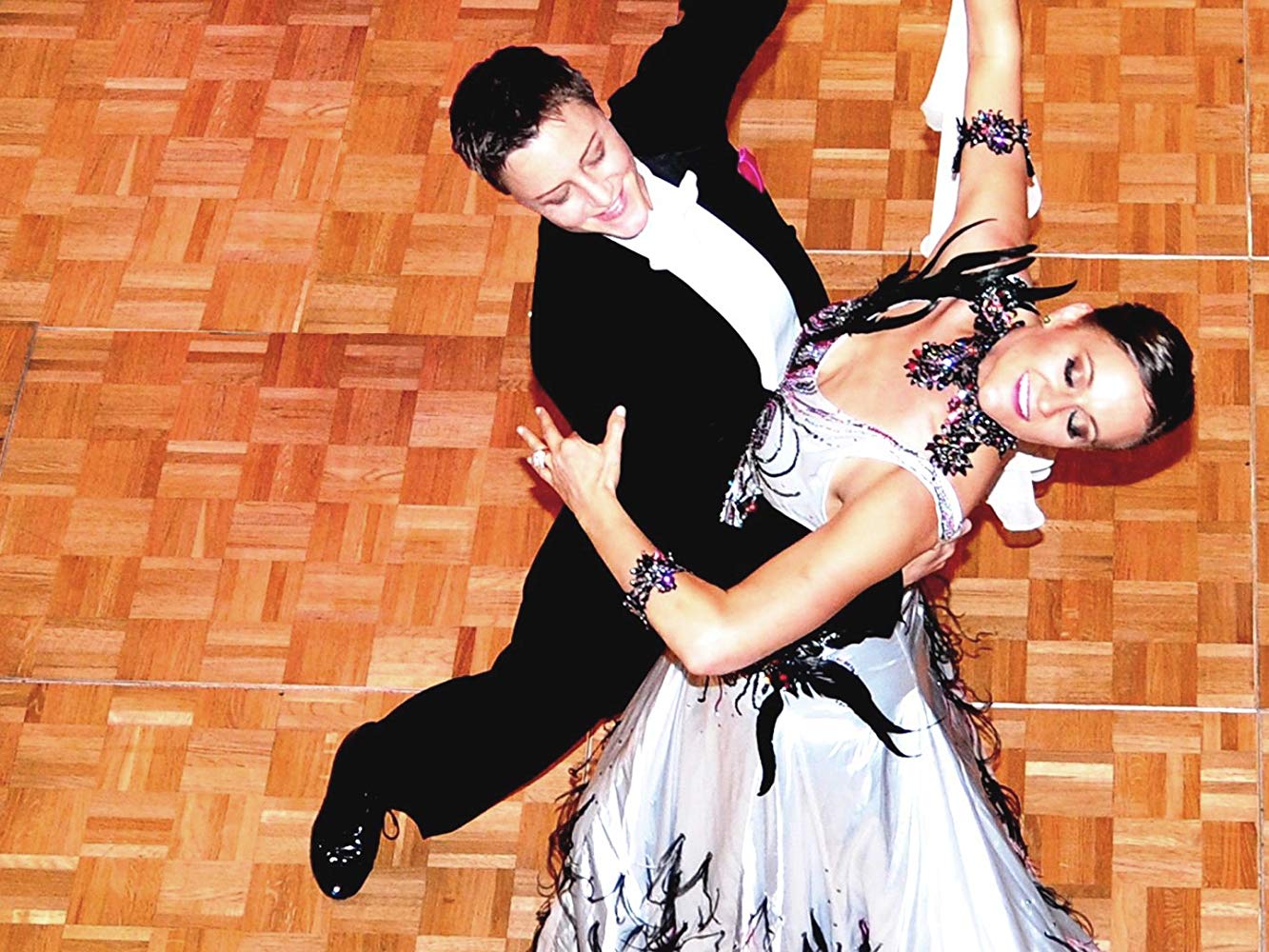