Day Ten of the 2014 Rendez Vous with French Cinema

Going Away is the kind of film that grabs hold, pulls you in, and never lets go. Based on the way it starts, I could never have guessed how it would end, but when the credits rolled I sighed a great sigh: “Ah, perfect!”

So here is my quandary: How do I tell you enough to make Going Away sufficiently interesting without giving too much away?

A teacher in a village somewhere in the south of France has finished his temporary assignment at a middle school and is getting ready to enjoy a low key holiday weekend before heading off to his next assignment. But then he notices that one of his students is standing outside alone, still waiting for pick-up long after everyone else has departed.

The simple offer of a ride home becomes something much more complicated when it turns out the kid’s father not only doesn’t expect him but has no intention of changing his own weekend plans in order to care for him. Obviously there are reasons why the teacher “Baptiste” (Pierre Rochefort) let’s himself get drawn into the plight of his student “Mathias” (Mathias Brezot), but if I tell you more I will not only say too much, I will also say things that make the situation sound more simple than it is.

What makes Going Away so good is the emotional complexity of the story as crafted by director Nicole Garcia and her screenwriting partner Jacques Fieschi (a story that is much deeper than you would guess from reading a plot summary), and the understated excellence of the actors who bring these characters to life onscreen.

Click HERE for our FF2 Haiku. Highly recommended by both of us.

Bottom Photo: Sandra and Baptiste arrive at Liliane’s home in Seilh (near Toulouse).

Question: Does Going Away pass the Bechdel Test?

It’s a stretch, but I’m going to say yes…

Sandra has scenes with Liliane that are absolutely priceless. You could watch these scenes and think they are “talking about Baptiste,” but that’s not quite right.

It would be more accurate to say that they are sizing each other up, measuring each other—and measuring themselves—against what they each think will be best for him. It’s an intense pas de deux, and these two actresses interact brilliantly with one another.

Sandra also has brief scenes with “Lili” (Juliette Roux-Merveille) at work which add a few welcome notes of female camaraderie to the mix.

Final Question: Where is this place? I’m not sure where Sandra’s beach is located, but IMDb says Liliane’s home is located in Seilh on the French side of the Pyrenees. 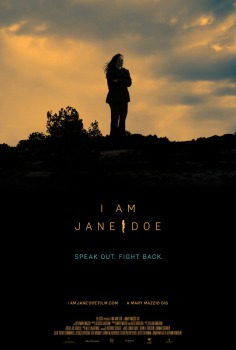