Lodz 1962: “Anna” (Agata Trzebuchowska), a teenage novice in a Polish Convent, is about to take her vows when the Mother Superior (Halina Skoczynska) insists that she visit her long-lost “Aunt Wanda” (Agata Kulesza), someone whose existence had been hidden from her until that moment. As soon as they do meet, Wanda immediately informs Anna that her real name is Ida and–surprise, surprise–she was born Jewish.

Directed by Pawel Pawlikowski & co-written by Pawlikowski and Rebecca Lenkiewicz. Click HERE for our FF2 Haiku. Ida is highly recommended by my husband Richard… but for me, Ida is all style and no substance. (JLH: 3/5)

Lodz 1962: “Anna” (Agata Trzebuchowska), a teenage novice in a Polish Convent, is about to take her vows when the Mother Superior (Halina Skoczynska) insists that she visit her “Aunt Wanda” (Agata Kulesza), someone whose existence had been hidden from her until that moment. As soon as they do meet, Wanda immediately informs Anna that her real name is Ida and–surprise, surprise–she was born Jewish.

Leaving the theatre, my husband Richard and I agreed that the austere back & white photography (by cinematographers Ryszard Lenczewski and Lukasz Zal) was exquisite, and Agata Trzebuchowska (making her screen debut) had a face made for the camera.

But after that our discussion became quite heated, and we started to wonder if we had actually seen the same film…?

The film I saw was spare to a fault, with way too much left open to interpretation. The Mother Superior, for example, periodically gives Anna/Ida long, stern looks that seem fraught with significance, but she barely has a single line of dialogue beyond telling Anna/Ida–in the film’s opening act–that she must visit her Aunt before taking her vows.

Why does the Mother Superior insist that Anna/Ida must meet Aunt Wanda before she takes her vows? Maybe she wants Anna/Ida to know who she “really is” before she allows this very young woman to make such a serious commitment? Or maybe she thinks that “Jewish Blood” might eventually pollute her otherwise pristine convent? Who knows? The screenplay tells us nothing beyond the fact that she is obviously watching Anna/Ida’s behavior–both before and after her visit to Wanda–with an extra measure of critical attention.

The lack of narrative detail is especially disappointing because the screenplay was co-written by director Pawel Pawlikowski (who–to date–has been a marginally successful filmmaker) and Rebecca Lenkiewicz (who is already a very successful British playwright).

Even though it is only 80 minutes long, Ida feels much longer. In fact, with its long, wordless, static–albeit beautifully composed–shots, it often felt interminable to me. The first time I saw it (at a critics screening at the Film Forum on 4/25/14), I was desperate to flee the theatre as soon as the credits began to roll, although I forced myself to stay seated until the bitter end just to make sure I hadn’t missed anything. And then I went back to the Film Forum with my husband Richard (on 5/3/14) to see it  a second time start to finish, resulting in even more frustration.

I don’t know this for a fact, but my gut tells me that Lenkiewicz’s dramatic skills were tightly constrained by Pawlikowski’s visual aesthetic. The result is a film that is so obsessed with fetishizing the face of a beautiful young woman that it ultimately loses its way in the forest (and yes, I do mean that literally as well as metaphorically).

Top Photo: “Wanda” (Agata Kulesza) and “Ida” (Agata Trzebuchowska) are in Wanda’s apartment. Since Ida has had no knowledge of her parents, she is seeing photos of them for the very first time.

Bottom Photo: Wanda faces off against a steely police officer who has no idea who she is. Why does he arrest her? Does he really think she was driving drunk and needs to be incarcerated for her own protection so she can “sleep it off”…? Or does he arrest her to teach “the Jew” a lesson–to bully her and intimidate her and force her to stop asking questions about the fate of Ida’s parents…?

The screenplay gives us no answers. We are left to draw our own conclusions. But suffice it to say Wanda wins. As soon as they learn who she is, Wanda is released and the police officer–bowing and scraping–obsequiously begs her forgiveness.

Now that she has decided to look for her family’s remains, after shirking the burden for some 20 years, Wanda will not be stopped… And that is how Ida winds up–inevitably but oh so predictably–in the heart of that dark Polish forest…

Conversations between Ida and Wanda are the core of the film, and those conversations are never “about a man” in a way that the Bechdel Test intentionally prohibits. 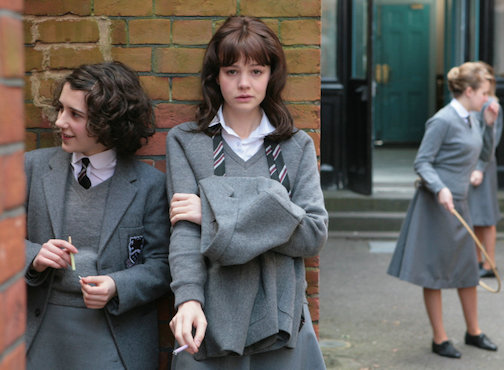 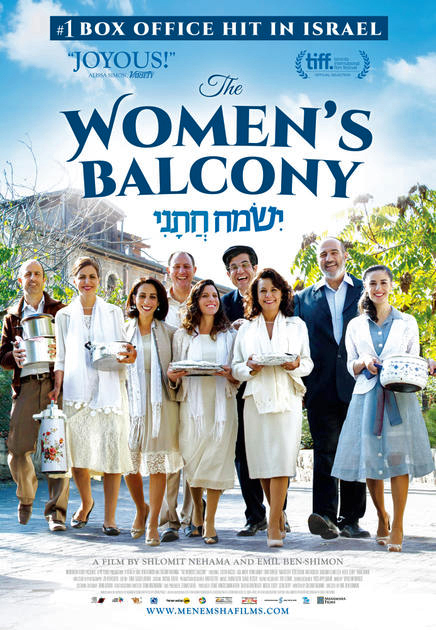