MAY IN THE SUMMER

Cherien Dabis’s Jordan-set story May in the Summer centers on “May,” (Cherien Dabis) a New York City writer on the verge of marrying a Palestinian scholar. May is the daughter of long-since separated parents, an American diplomat Edward (Bill Pullman) and a Palestinian Jordanian, “Nadine” (Hiam Abbass).

Aside from the parental relationships, there are significant sisterly dynamics throughout the film. May is the oldest of three sisters: “Yasmine” (Nadine Malouf) and”Dalia” (Alia Shawkat, whose talents are wasted, much like Hiam Abbass). Curiously, May’s fiancé “Ziad” (Alexander Siddig), a Columbia University professor, doesn’t appear in the film until the very end and even then, the scene is wordless. You don’t get any sense of who he is, why they got involved, or why May loves him. Because of his limited screen time, you can’t that Ziad is considerably older than May, which would lead you to believe there would be some sort of conflict with both her father and her fiancé. But there are other familial relationship problems, focusing heavily on the parents’ divorce, Edward’s remarriage to a young Indian woman “Anu,” (Ritu Singh Panda) and the effects it has on the girls.

Another male character (who has more scenes than Ziad) is tour guide “Karim,” (Elie Mitri). When May has a night on the town with her sisters, she and Yasmine decide to drown their sorrows with alcohol. Drunkenly stumbling out of nightclub door, May bumps into friendly and wonderful Karim, who happens to be conveniently standing there. They form a friendship as May struggles to figure out what she wants to do with her future – and whether or not she can go through with her wedding.

In the background, of course, are issues having to do with the fact that she’s in Jordan. May is a very modern, athletic woman who plays competitive tennis with both her father and Karim, proving her ability as a ruthless, aggressive player. To keep in shape, May runs in the streets of Jordan, enduring the judgmental glances from modest women in their headscarves. Four or five scenes show her running in her short shorts, as men leer and honk their horns, watching as her ponytail swings back and forth. She yells at them, but with an indication that she’s used to living a free lifestyle as an American – not permissible in Jordan.

Although the film is well-intentioned, it’s difficult to follow. Since May has written a well-received, nonfiction book of stories behind ancient proverbs, her goal is to work on book number two – fiction. You only see her typing the first sentence of chapter one again and again, eventually typing, “The biggest lie is that they told themselves they would go back.” There’s obviously ambivalence having to do with Palestinians living in a world of people who have accommodated themselves to living in Jordan, like Nadine, or Palestinians living in America, like May and her sisters. It’s clear that they know that they’re never going back to the West Bank or to a greater Palestine. There’s no sense of an Israeli presence except for one throwaway line: she and Dalia are flopping around in the Dead Sea and May makes a comment to the effect of: “It looks like it’s so close you could just swim across, but there are mines in the middle to prevent the refugees from coming back.” At one point while they’re having May’s bachelorette party at a resort, a jet flies over head and everybody goes quiet. You don’t know what it is. Obviously, it can’t be an Israeli jet because it’s over Jordanian territory, so there’s this resonance, but it’s not really clarified.

Writer/director/star Cherien Dabis, the half-Palestinian U.S. native who spent many summers in the Jordan, makes it unclear as to how much of this new film is actually autobiographical. The immediate problems of the family are very much domestic problems, relating to the divorce of the parents. It’s all very confusing and leads to a predictable, tedious conclusion.

Top Photo: Cherien Dabis as “May”

Middle Photo: Cherien Dabis as “May” with her sisters Nadine Malouf as “Yasmine” and Alia Shawkat as “Dalia”

Bottom Photo: Elie Mitri as “Karim” and Cherien Dabis as “May”

Q #1: Does May in the Summer pass the Bechdel Test?

Kind of. Much of the conversations the girls are having are centered around the wedding and May’s relationship to Ziad. The substance of conversations that she has are with the father and with Karim. Whatever she says to Ziad, you don’t hear any of it, so you don’t really know why or what his reaction is to all this is. So, yes, it passes the Bechdel Test, but mostly the sisters are horsing around or talking about the father or Ziad.  It’s well intentioned, but it doesn’t really get there. Too bad. 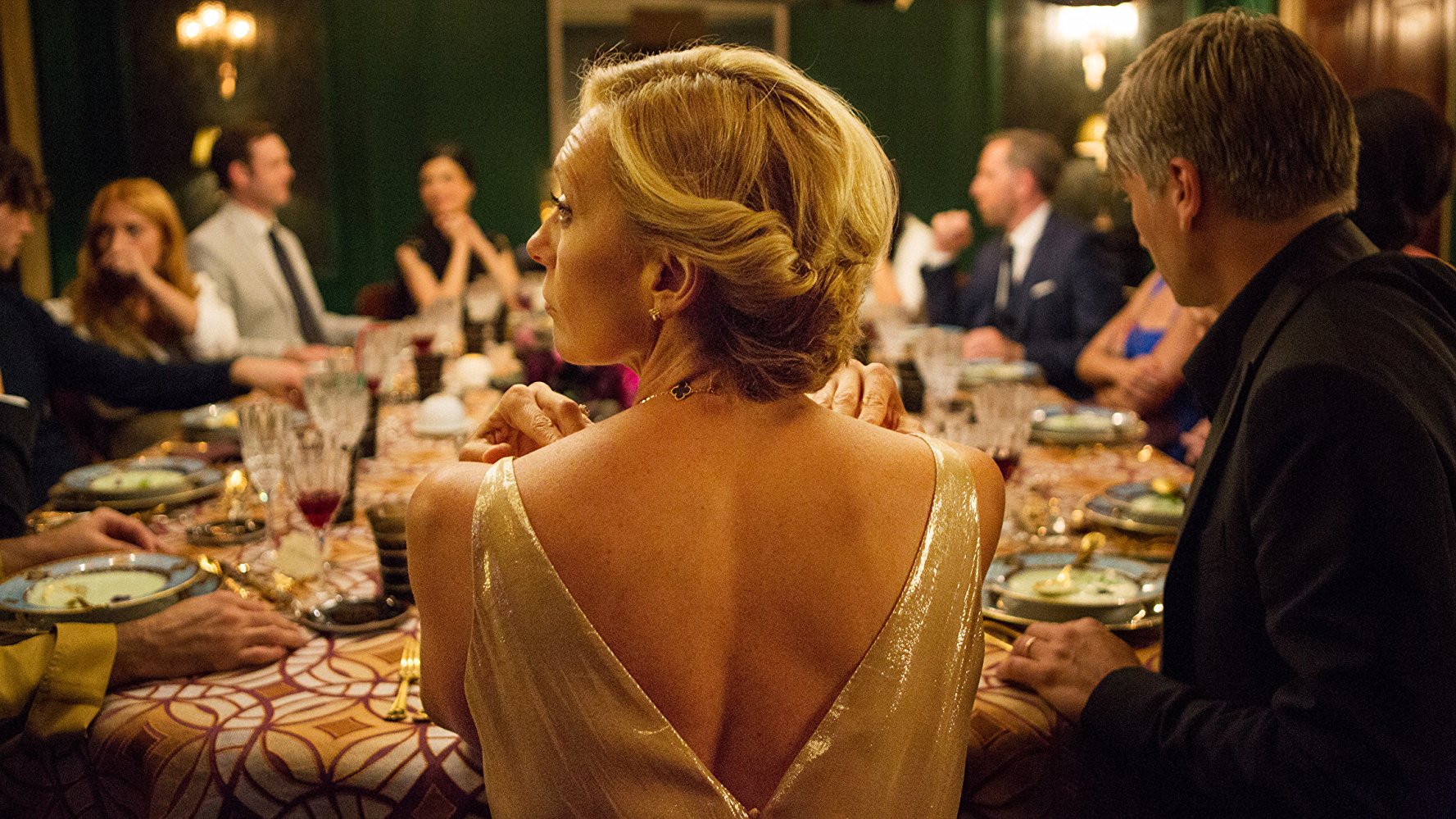