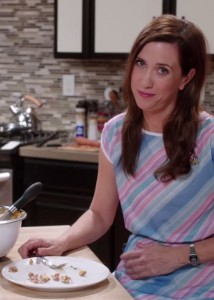 Shira Piven directs this “Dark Comedy” about a mentally ill woman who wins the lottery and decides to use her sudden wealth to produce her own Oprah-esque TV show. Screenplay by Eliot Laurence. (JLH: 3/5)

Since Alice is living on Disability Assistance, she is required to attend regular sessions with “Dr. Moffat” (Tim Robbins), a court-ordered psychiatrist who is at his wit’s end. Is Alice taking her Abilify? Clearly not.

But wait: This film stars Kristen Wiig and it is being marketed as a comedy (albeit a “Dark Comedy”). Comedy? Am I stuck in a parallel universe?!? 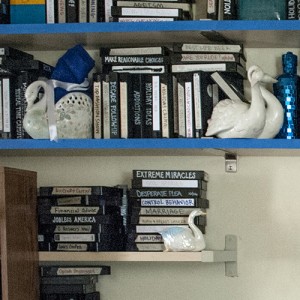 The “comedy” begins the night Alice wins the lottery and finds herself in possession of an $86 Million payout. What will she do with this sudden windfall?

Umpteen hours spent watching old Oprah Winfrey re-runs while thumbing her way through a mountain of self-help books have convinced Alice that she deserves this. It is not luck or good fortune or some fluke of fate; winning the lottery is her D*E*S*T*I*N*Y.

When Alice stumbles into a local television station that produces low budget infomercials, she sees her future: She will use her money to right all the wrongs perpetrated on her innocent self. She will hire actors to re-enact key moments from her past so she can settle old scores while strangers sit in the audience and applaud.

I wish I could laugh about all this because that’s clearly the filmmakers’ intention, but the plot is just too contrived and the outcome is too over-determined. The audience–that’s us–is mesmerized by Alice. People start filling the seats at the studio. Her cyberspace presence builds. Clearly Alice is a “performance artist,” right? No, sorry: Alice is a very sick lady who has stumbled into money, and the exploiters of this nasty world will do anything she wants as long as she keep writing checks. 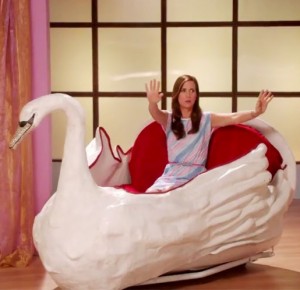 To their credit, director Shira Piven and screenwriter Eliot Laurence have done a good job of balancing all the elements, and the story moves quickly to its inevitable ending. They have also drawn together a large cast of name actors most of whom (especially Wes Bentley and Jennifer Jason Leigh) are wasted, but a few of whom (especially Linda Cardellini, Joan Cusack, Loretta Devine and James Marsden) manage to create coherent personalities even though their screen time is minimal.

Which brings me to Kristen Wiig… who has a lot of screen time… in fact she is in almost every scene. It’s been decades since I’ve watched Saturday Night Live on a regular basis, so Kristen Wiig edged into my consciousness in supporting roles in films like Whip It before leaping onto the A List in Bridesmaids. Unfortunately for me–I guess–I was no big fan of Bridemaids, and I’m no big fan of the “comedies” Wiig has done since. “Imogene” in Girl Most Likely is almost as dysfunctional as Alice, and I found very little to laugh at in that film either.

On the other hand, I thought Wiig was really good in the dramatic role of “Johanna Parry” in Hateship Loveship. The elegance of the screenplay–based on a story by Nobel Prize-winning author Alice Munro, kept her grounded.

In one of my favorite movie scenes ever, Barbra Streisand as “Fanny Brice” squares off against Walter Pidgeon as “Florenz Ziegfeld” in Funny Girl. Says Fanny to Flo: “They laughed with me, not at me.”

Bottom Line: There is a difference, and I’m just not comfortable rewarding Kristen Wiig for laughing at Alice Klieg. 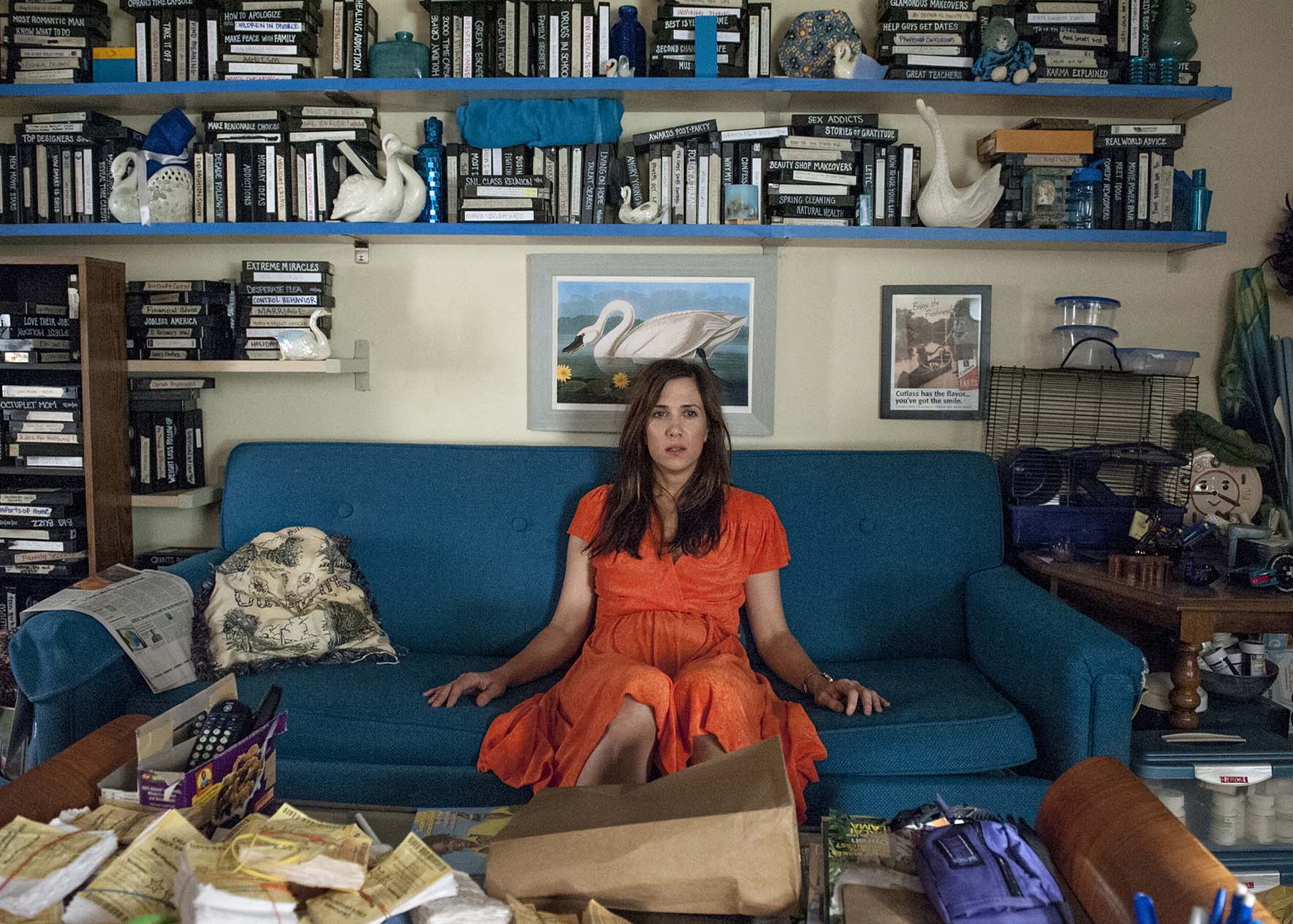 Top Photo: “Alice Klieg” (Kristen Wiig) makes a high protein meatloaf “cake” and then sits down and eats it on camera–for over 5 minutes–while everyone on the production team and everyone in the audience stares at her in disbelief.

Middle Photo #1: Alice is so obsessed with swans…

Middle Photo #2: that she arrives on set in a Swan Boat!

Bottom Photo: Alice in her apartment, surrounded by VHS tapes and swan paraphernalia.

Q: Does Welcome to Me pass the Bechdel Test?

Alice only has one genuine relationship and that is her relationship with her BFF “Gina” (Linda Cardellini). Why Gina puts up with Alice for as long as she does is somewhat of a mystery, but Linda Cardellini gives Gina a sweet gentleness that made me believe in her despite myself.

IT MUST BE SAID: When I saw the photos of Kristen Wiig in a swan boat, I was thrilled. After all, I write as a Feminist under the nom de guerre “Penny” because a “pen” is a female swan.

I am the creative force behind the WITASWAN project (Women in the Audience Supporting Women Artists Now).  I am the co-creator of International SWAN Day (Support Women Artists Now). This blog is called “The Hot Pink Pen.” I own just as many swan tchotchkes as Alice does and maybe even more.

So if I were smart, I would recommend Welcome to Me–one of the few highly-buzzed films of 2015 to date that was directed by a woman fimmaker–because it is clearly in my own best interest to do so. I really wish I could… but I can’t 🙁