THE YES MEN ARE REVOLTING 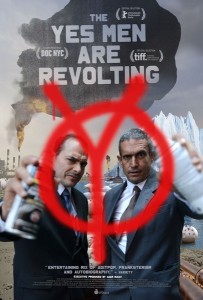 Director Laura Nix, with director-stars Andy Bichlbaum and Mike Bonanno, document the comedic, tiresome journey of their fight for climate change. Known for their pranks and impersonations, Bichlbaum and Bonanno take an enjoyably different and rebellious approach to protesting. (BKP: 4/5)

The film opens with a protest against the United Nations. But unlike typical demonstrations, usually consisting of group marches or giant signs, these particular activists climb inside inflatable “survivaballs,” eye-catching floatation devices able to cross the East River.

Anti-capitalists Bichlbaum and Bonanno make it their mission to use out-of-the-box ideas as an effort to generate media attention and shine a light on government hypocrisy. Through risky pranks and impersonations, they eventually gain the political traction they need to make a statement on climate change. As detailed in their 2003 documentary, these eccentric activists are known as “The Yes Men.”

Whether they are creating fake websites or holding fraudulent press conferences, Bichlbaum and Bonanno manage to address serious topics in lighthearted ways. The story of these two men – one straight, one gay – looks at their friendship and how the “Yes Men” personas have affected their personal lives. Since the late 90s, everything in their lives has revolved around political issues and making statements for the greater good. But in the midst of their antics and humorous trickery, real relationships are placed on the backburner. Bichlbaum’s failing relationship with his boyfriend leads to a breakup, while Bonanno searches for the best place to raise his children. The human aspect of the story gives the film an added layer of interest.

Their obscure approach to protestation keeps you engaged (for the most part), particularly as Bichlbaum and Bonanno travel abroad to Uganda, where homosexuality is illegal. As the activists tell their stories, it is fascinating to see the reactions from the small Ugandan communities.

With topics dating back to the Holocaust and the Cold War all the way until the Occupy Wall Street movement, The Yes Men are Revolting is rich in American history. While somewhat repetitive in its third act, the film is an enjoyable, informative blend of political hi-jinx and personal struggle, unlike so many serious, politically-charged documentaries. 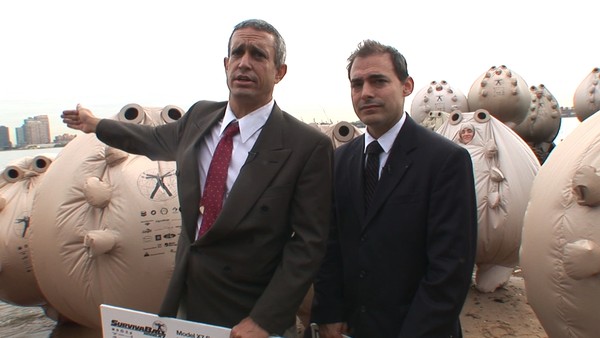 Q: Does The Yes Men Are Revolting pass the Bechdel Test?