Based on the novel of the same name, The 5th Wave, directed by J Blakeson is a high stakes teenage science fiction thriller that feels part Hunger Games, part alien apocalypse.

The “Others” need our planet, and they intend to do anything in order to take it. The aliens attack in waves, slowly wiping out human existence as we know it. But after losing everyone and everything, one teenage girl will fight through it all to get back to her brother. (JEP: 3.5/5)

“Cassie Sullivan” (Chloë Grace Moretz) is a normal girl living a normal life, crushing on boys like most other girls her age. She is close with her family, and will do anything to protect her younger brother “Sam” (Zackary Arthur). At a high school house party, Cassie and her best friend “Lizbeth” (Gabriela Lopez) boy talk over football jock “Ben Parish” (Nick Robinson). Little do they know, said party marks the last normal day of their lives.

When an alien ship descends from the sky, the humans are unprepared, mystified by the sudden appearance of alien life. But after the initial shock wears off, and the aliens have made no move to harm the humans, they are assumed to simply be observing earth, and everything returns to normal. Or, at least as normal as life can be when a giant ship hovers just above your town.

Then the aliens (aka the “Others”) attack…

The Others attack in waves. The first wave is a huge EMP strike—an electromagnetic pulse—that renders all electricity, cars, and other forms of technology completely useless. Airplanes fall from the sky, cars careen into one another, and all technological forms of communication are lost.

The Second Wave marks massive earthquakes and tsunamis, which wipe out every coastal city in the world. The Third Wave is a plague. The Others have released a mutated strain of the bird flu into the population, which kills countless. Only a select few people are immune to, or able to fight off the virus. Cassie loses her mother to the Third Wave.

The Fourth Wave marks the Others’ descent from their ship onto the earth. They begin to appear on earth, living amongst the humans, taking on human form. These “sleeper agents” are committed to killing every last human that has managed to survive the first three waves.

The government has intel suggesting that the Others are gathering for a Fifth and final wave that will ensure the annihilation of the human race. The Others need our planet, and they intend to take it. As a plan of action, the government busses all of the remaining children to military bases in order to train them as soldiers to fight against the Fifth Wave.

Cassie’s father gets killed after the Fourth Wave, and she and her brother Sam become separated as the children are bussed off to the military base. All alone in an apocalyptic world, Cassie vows to do whatever it takes to get her brother back.

During his training, Sam gets placed in the same unit as Ben Parish (aka hot football jock aka Cassie’s high school crush) who is now known as “Zombie,” for being one of the few who contracted and survived the plague virus. Ben looks out for Sam as their training to become the government’s greatest asset begins.

Meanwhile, Cassie journeys on her own to make it to the facility where her brother is being held. Along the way, Cassie meets “Evan Walker” (Alex Roe) after he saves her from a near fatal gunshot wound. Evan has secrets of his own, but makes it his mission to help Cassie reach her brother and thwart the Others.

The 5th Wave is part alien apocalypse, part Hunger Games. Screenwriters Susannah Grant, Akiva Goldsman, and Jeff Pinkner deliver a solid adaptation of Rick Yancey’s science fiction thriller novel. While The 5th Wave is not quite the franchise that The Hunger Games is, it is still sure to entertain. Moretz is compelling as Cassie Sullivan, and teen girls will undoubtedly love the casting of Alex Roe and Nick Robinson. But for me, the standout performance was Maika Monroe as “Ringer,” the only female—and most badass—member of Sam and Ben’s military unit. Middle Photo: Cassie and Evan hide from oncoming Others.

Bottom Photo: Cassie and her brother Ben wait with their father “Oliver Sullivan” (Ron Livingston) with other survivors for the next course of action.

Q: Does The 5th Wave pass the Bechdel Test?

During the Third Wave, Cassie wants to stay with her mother “Lisa Sullivan” (Maggie Siff) in the makeshift hospital. But for her safety, Cassie’s mother insists that she leave before she contracts the virus.

MARGARITA WITH A STRAW 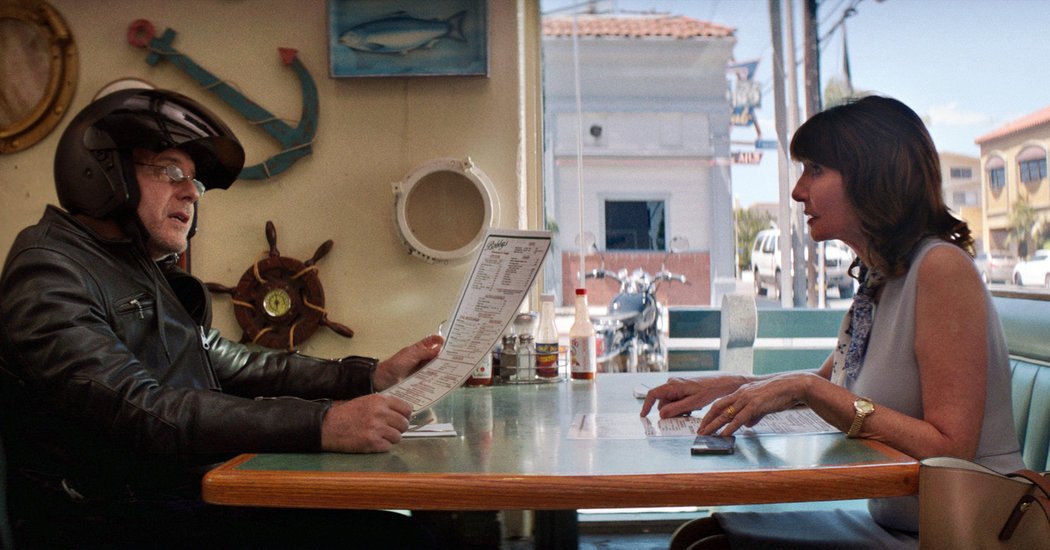