Closing out another Women’s History Month at a performance of the fabulous new Broadway musical Waitress with my friend Ann Weil Feldman (from Livingston High School days) and our wonderfully accommodating spouses Rick and Rich.

Waitress is based on the beloved film by Adrienne Shelly and has an all-female creative team lead by screenwriter/playwright Jessie Nelson, singer-songwriter Sara Bareilles, and choreographer Lorin Latarro, all lead by Tony-winning director Diane Paulus. The star is luminous Jessie Mueller who won a Tony herself a couple of years ago for her role as “Carole King” in Beautiful. If you loved Beautiful–as I surely did–then Waitress will send you up, up, up and around the moon 😉

No make-up! Do not wear make-up when you go! Much crying (at the end… but also big belly laughs too. The ultimate praise for WAITRESS: I laughed; I cried; I had a great time!!!

Thanks again to Joanna Aleksandrova-Petrova for designing–and signing–my gorgeous SWAN scarf in honor of my role in creating International SWAN Day. 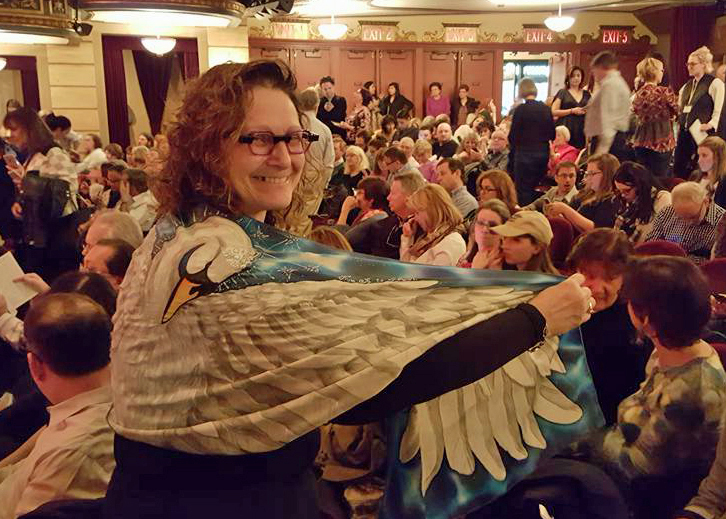 The three female leads in Waitress talk about everything 🙂