Watching Hooligan Sparrow, it is impossible not to think “This is what documentary filmmaking is all about!” Director Nanfu Wang courageously exposes the trials and danger that woman’s rights activist Ye Hiang (aka “Sparrow”) faces in daily life in China. Through the moments it captures–and perhaps more importantly, the moments it fails to capture–Nanfu Wang’s documentary provides a glimpse into the humanitarian crisis inside China’s borders. (RAK: 4.5/5)

When Ye Hiang is assaulted in her home, she calls the police for help. Instead of coming to her aid, they avoid her calls and shrug their shoulders. Then, when they finally arrive… they arrest her instead. This is how government officials treat Ye Hiang (known in English as ‘Sparrow’), a women’s rights activist in China. When filmmaker Nanfu Wang learned about Sparrow’s activism through social media, she traveled to China to follow and film her. Little did she know the troubled waters she was stepping into.

At the beginning of this documentary, Nanfu Wang–filmmaker–speaks directly to her audience, explaining to the camera that the police are coming to question her about her own recent activity. The ‘questionable’ recent activity includes filming Sparrow as she protested a child rape case that the government wants to keep hush-hush. She gestures to a package and explains how nervous she is. Will she be able to smuggle it out of the country?

The package contains Nanfu’s footage: documentary evidence of the protest, intimate interviews, and jail visits, all of which is centered on Sparrow’s activism. Her footage exposes the level of state surveillance and harassment in modern-day China. To get these shots, Nanfu filmed in true guerrilla-style, filming from inside her handbag or behind cars, and using camera-glasses. In one particularly tense scene, a police officer notices that Nanfu’s glasses look strange and breaks them in front of her. The screen goes to black. Nanfu’s footage captures confrontations that were too threatening for Sparrow’s team to film for themselves. Sparrow knows that she faces real danger when she travels to the Henian province to protest the case of six 12-year-old girls who were raped by their school principal, but she goes anyway. We follow her and her team of women’s rights activists as they set up their protest across the street from the school, attracting local and even national attention.

Precisely because of the success of their protest, they all become targets of the government, including filmmaker Nanfu herself. For the remainder of the film, they are more or less on the run from the government. We watch as Sparrow is kicked out of her apartment, jailed, and assaulted by neighbors. We watch director Nanfu outrun undercover cops and hide out in a locked apartment. Although the dangers of activism in China are new to Nanfu, none of this is new for Sparrow.

Sparrow gained notoriety several years ago when she began advocating for sex workers’ rights. She became famous by posting photos of her provocative campaigns on social media. When these photos went viral, Sparrow was suddenly known all around the world, and the Chinese government was held accountable for things heretofore “swept under the rug.”

Sparrow’s goals seem impossibly large: to expose the corruption that keeps the Chinese government from protecting its women citizens, When asked in an interview whether her work matters if she’s the only one doing it, she responds: “One is better than none.” And if the government feels so threatened that they assign people to follow Sparrow and her team for weeks–as evidenced by the footage in this film–then Sparrow is clearly doing something right.

As the credits roll, we learn that some of Sparrow’s team is still detained, waiting for release or trial. After the lights came up, everyone in the theater with me realized we were sitting on the edge of our seats. How did Nanfu get this precious footage out of the country? What is going to happen to Sparrow now? What can WE do to help? 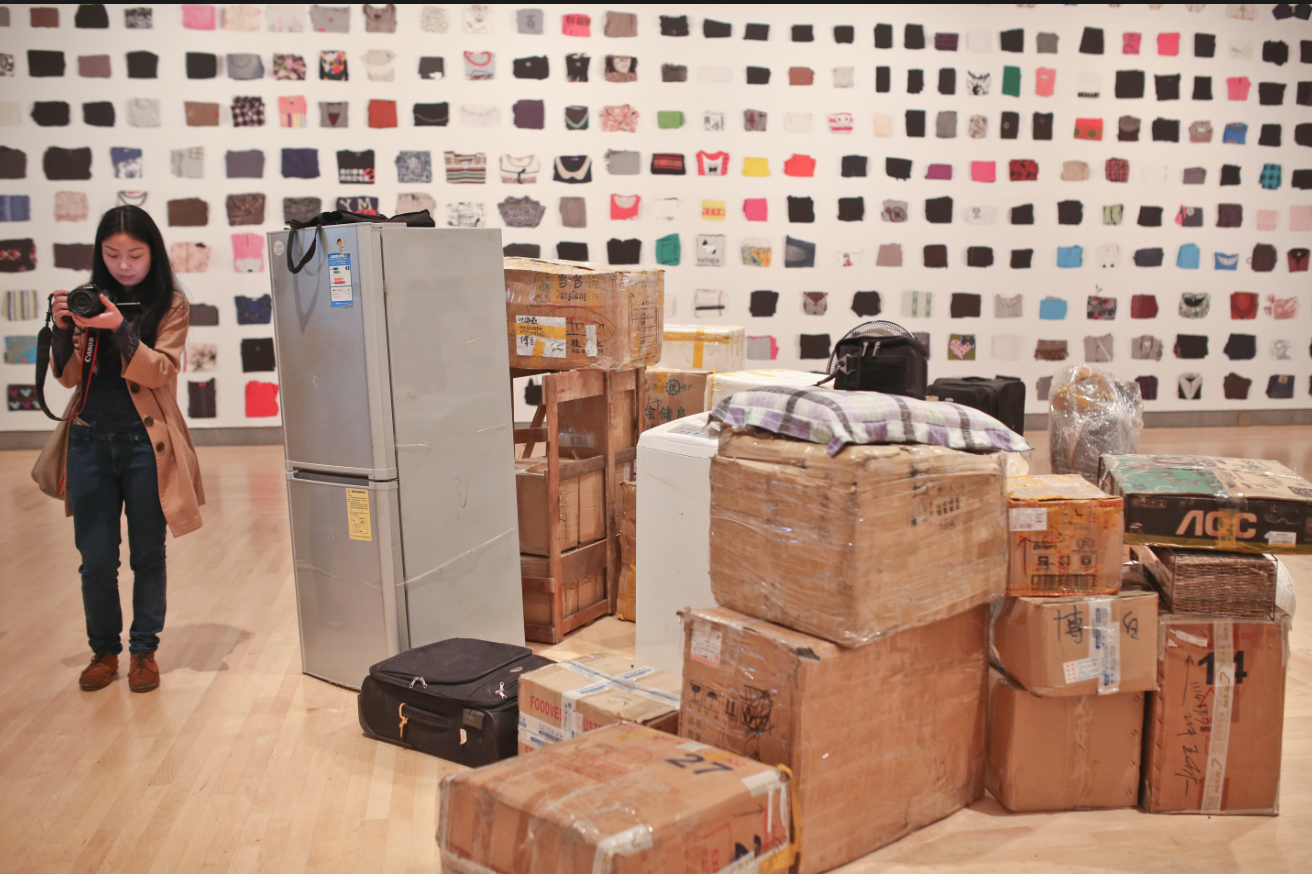 Middle Photo: Ye Hiang in one of her provocative campaigns against child prostitution.

Bottom Photo: Filmmaker Nanfu Wang at an art installation at the Brooklyn Museum. These are  all of Sparrow’s belongings, left on the side of the road when she and her teenage daughter are forced to move out of their apartment.

This film focuses on Sparrow and her team of women’s rights activists, and the bulk of their conversations are about their protests. 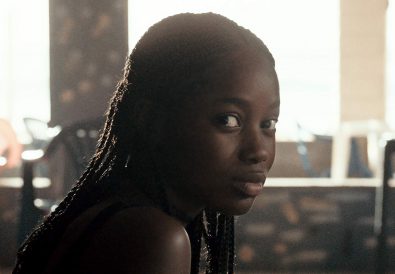