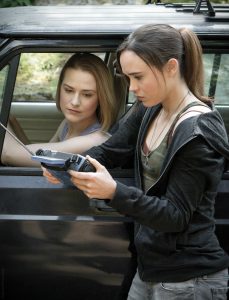 From writer-director Patricia Rozema, Into the Forest is a story of sisters struggling to survive in – pause for suspense – the forest. Set in the near future, sisters “Nell” (Ellen Page) and “Eva” (Evan Rachel Wood) live in a society that has become increasingly reliant on electricity for basic survival. When an unidentified force cuts off the power supply, 300 million people are left without the technology required for daily life. But what these two need the most to survive isn’t emergency generators or cans of food, it’s each other. (GEP: 4/5)

Into the Forest begs these questions: how would you get by for months without light, refrigeration, transportation or contact with the outside world? Simple pleasures like listening to your favorite song or eating microwave popcorn? Grocery store shelves are bare – “no gas, no shipments.” Diseases spread like rapid fire – no vaccine refrigeration.

Most of us whine when Netflix is down or our iPhone batteries hit 10 percent. Going without these luxuries is “hard” for this generation, so the idea of surviving without food, water or access to any kind of information is unthinkable.

Rozema’s feature makes it a little too thinkable. Long, quiet sequences show the sisters struggling to stay alive and stay hopeful. Eva is a dancer whose spirit diminishes as each day passes without music; Nell’s ambitions and dreams make her increasingly stir-crazy. There’s not much more to the story than this – life gets increasingly worse as more than a year passes.

Civilization is crumbling around them, but the girls’ world truly collapses when their loving, funny father (Callum Keith Rennie) dies in a chainsaw accident. Suddenly, it doesn’t just feel like the end of the world – it is. 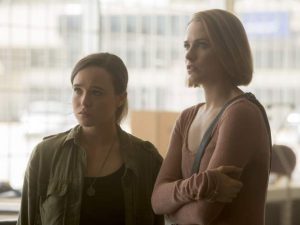 While Rozema makes this version of the apocalypse seem plausible with her script, the emotions of her actors are what make the tedious plot easier to bear. Page and Wood are often praised for the realism they bring to their roles, and the moments of humanity between them make 101 slow minutes worth sticking around for. Jumping for joy when their car battery starts, choosing to stay together even when Nell’s boyfriend strikes out on his own, reminiscing about their late parents – these are reminders of what we take for granted, and they’re much more interesting than long montages of the struggle for survival.

Their story is thought-provoking and sad, but Wood and Page create a memorable friendship completely separate from their desolate setting. They face harrowing circumstances – rape, starvation, disease, mold – but as their despair grows, so does their bond.

An intriguing premise and a realistically flawed but unbreakable relationship between sisters save Into the Forest from its slow pace. Most apocalyptic films focus on destruction – bad guys wiping out humanity as we know it. This raw film depicts the end of the world on a smaller scale, altering the lives of just two people and magnifying the small challenges they must face. No explosions or villains – just sisters trying not to give up on life or each other when they have every reason to.

It creates an interesting metaphor – when the world crashes down around you, how do you survive? Not from food rations or firewood, but from the resilience of the human spirit and the love of family. 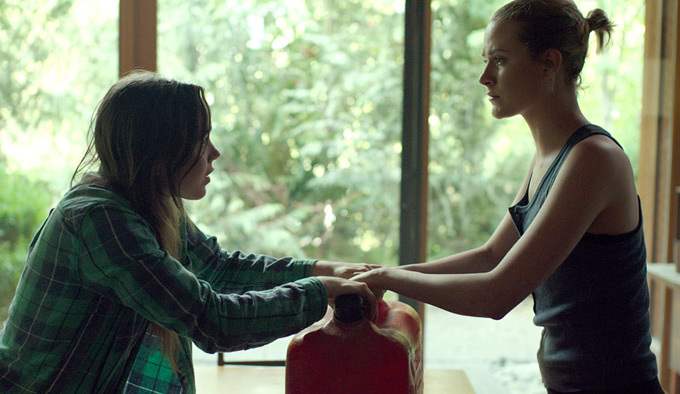 Photos: Ellen Page and Evan Rachel Wood play sisters stranded in a forest cottage without electricity or contact with the outside world.

Q: Does Into the Forest pass the Bechdel-Wallace Test?

Yes, the film is almost entirely about Nell and Eva’s relationship. 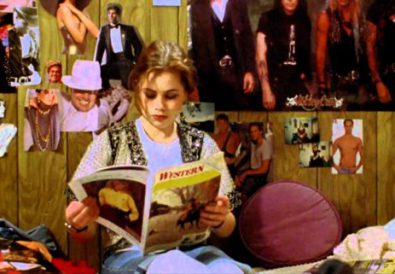