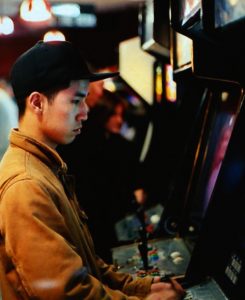 Kurt Vincent’s The Lost Arcade (written by Irene Chin) is a nostalgic documentary on a fading industry that some claim as home but most won’t know. The film has its ups and downs with its best almost carrying the weight of the less glamorous part of New York. It, however, is a bore. Aimless and cluttered, the film has a tendency to lose track of its characters or what it wants to say. (PS: 3/5)

The film traces the glory of the grimy arcades with a loving gaze. The history of the glistening box, poorly constructed with a limited amount of footage, lacks clarity. All we know is that before teenagers discovered their Xboxes and PlayStations, they used to meet up and hang out in these underground sanctuaries, where parents were absent and quarters were lying around. But one thing is clear: this is more than just a game, as the narrator repeatedly tells us throughout the film. It is a family, and around which, the filmmakers finally build their narrative.

And such a family did they find. Focused on the Chinatown Fair in Manhattan, the film struggles to navigate the relationships among the family members like earnest gamers Anthony Cali, Akum Hokoru, Henry Cen, ex-Chinatown Fair owner, Sam Palmer, and current owner Lonnie Sobel. Each, carrying his love story with the arcade, declares their passion for video games and the difficulty to maintain the business with the exception of the last (Lonnie Sobel). Much to the dismay of hardcore fighter players, Mr. Sobel decided to take Chinatown Fair into a more family-friendly direction.

However, to audience who are not familiar with that world, The Lost Arcade fails to be accessible. The players sing praises for games and the underground culture that came out of them, but the filmmakers fall short of extracting the humanity out of such obsession. Why is the arcade important? The reason that it is more social than playing alone at home is certainly not good enough as the gamers on screen seem to only have superficial relationships. Taking turns to beat each other on PAC-MAN does not equate friendship. And anecdotes like the previous owner Mr. Palmer opening late for addicted teenage players (when they are supposed to rest for school) are not exactly heartwarming.

Yet within its slim running time, the film does reveal some moments of clarity: Mr. Hokoru talks about his escape from foster homes that led him to stumble across an arcade in Times Square; Mr. Cen attributes his initial attraction to the arcade to his often absent parents. It would be more honest to see how Chinatown Fair, served as a haven for outcasts, gives the underprivileged kids an outlet to release their frustrations in daily life. But these rare episodes of sincerity, often interrupted by unilateral accolades and the more dramatic line of the arcade’s finances, become ineffective. In the end, The Lost Arcade still feels much like a compilation of footage with a string of forced fadeouts and an edgy soundtrack.

There are, of course, other familiar questions left untouched in The Lost Arcade. How to address the violence in the video game industry? Why does the game over sexualize women? How to deal with addiction? And most importantly, if a group of us feels more connected and safer facing a screen, what should the rest of us do when we take that away?

Top Photo: The Player in the arcade

Middle Photo: Players in front of an arcade game

Q: Does The Lost Arcade pass the Bechdel-Wallace Test?

Even though musical games such as Dance Dance Revolution (welcoming more girls) tend to do well, the video games industry (with its voluptuous female characters) is still tailored for boys, as is this film. 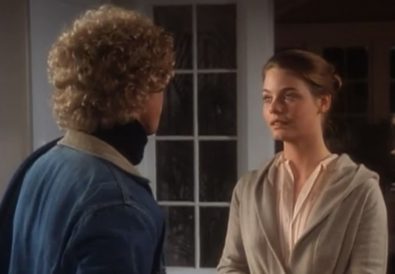