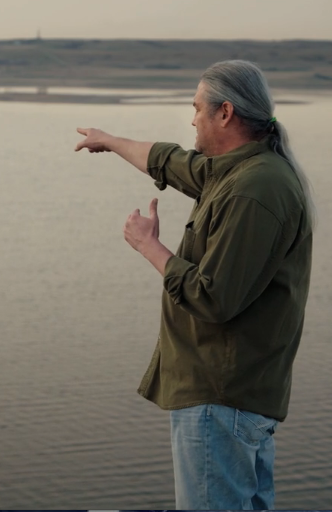 From Jane Wells and Simon Brook comes A Different American Dream, an eye-opening documentary about the age-old conflict between man and land, wealth and morality, environmental safety and the oil industry. (GEP: 4.5/5)

The Fort Berthold Reservation in North Dakota is going through an oil boom in the documentary’s opening sequences, and as the film progresses we see that the resulting fracking might be a financial blessing to oil companies, but an environmental and spiritual curse to those who live on the reservation.

Drilling on the reservation has real implications, not only because of its hazardous effects on land that is considered sacred by its American Indian occupants, but also because of what it means symbolically and spiritually for the men, women and children who call this place home.

American Indians (as they refer to themselves in the film), of course, no longer live the way they’re depicted in AP US History books. There are still rituals and traditions they practice, but the men and women profiled in A Different American Dream have families and occupations not unlike our own. They are not immune to the need to support their families, in spite of what it means for the land surrounding them. Their connection to their ancestral homeland is different than ours, though, and this moving documentary does well to show why it matters. 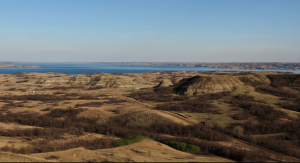 A Different American Dream is an emotional ride through the chaos of a reservation being overtaken by oil drilling. It is, sadly, just another chapter in a lengthy book of mistreatment of Native Americans and their culture. Their appreciation for and connection to their land is admirable – if more of us saw the world in a such meaningful and spiritual way, we’d be a lot better off. But, slowly, that sacred connection has been littered with gambling, alcoholism and oil drilling. It is heartbreaking to witness both young and old residents of Fort Berthold ponder what’s happening to their little corner of the world – it’s rapidly changing, and there’s little they can do to stop it.

Human history has been riddled with conflict over land – who it belongs to, what belongs on it and how it should be treated. American history, in particular, has been unforgiving in its pursuit of land ownership since before manifest destiny, and Native Americans have been at the center of this painful conflict for centuries.

It’s nothing new, but the average viewer might unfortunately be unaware of how painful the road continues to be for modern American Indians. It didn’t stop with Thomas Jefferson’s horrific Trail of Tears that you read about so you could ace that history quiz sophomore year of high school – the consequences of those painful moments continue to reverberate for these people, and now the oil industry is only piling onto that mistreatment, disrespect and disregard.

If last year’s Deepwater Horizon wasn’t enough to open your eyes to the seemingly unstoppable and ruthless oil industry, this documentary will solidify your frustration. A Different American Dream will break your heart, but not just for the sake of doing so. It is educational in its subtlety, beautifully shot and just plain upsetting because of what is happening in our country – not just to American Indians, but to everyone. It is timely not only because of the Dakota Access Pipeline making headlines last month, but also because it only contributes to the question a lot of Americans are asking lately: what is happening to us?

Wells and Brook don’t push any agenda – they do their best to tell an honest story from the point of view of an important but all-too-forgotten part of our nation. The men and women interviewed throughout the film’s succinct 84 minutes are straightforward and rightfully frustrated, giving us an honest idea of what it means to be an American Indian today – what it’s like living in these two different worlds, the pain and beauty of this history, and how hard it can be to keep that spiritual outlook when everything seems to be working against you. 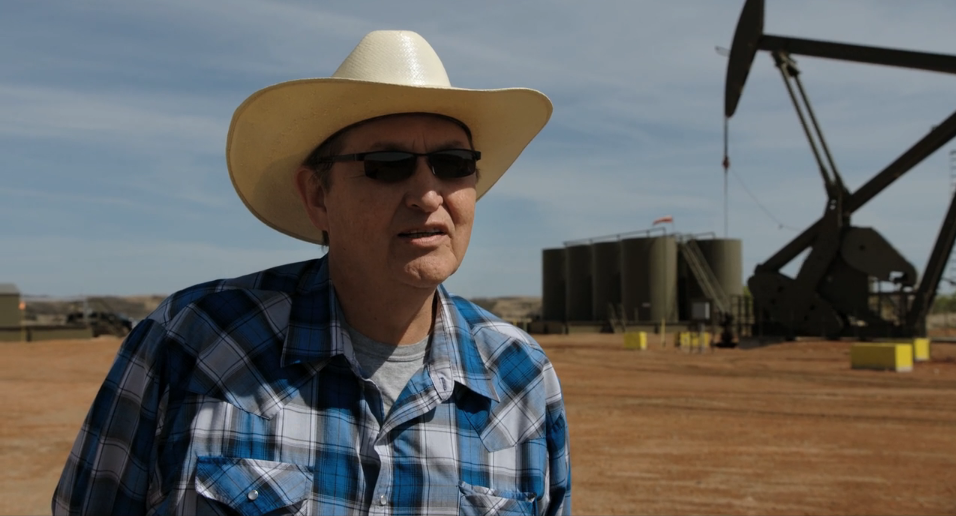 Top Photo: Dr. Biron Baker is the voice of reason from the American Indian perspective throughout most of the documentary. He is shown here pointing out where his ancestors lived and how the land has sadly changed.

Middle Photo: The Fort Berthold Reservation provides the backdrop for the film.

Bottom Photo: A resident of the reservation tells the filmmakers that he and his fellow American Indians feel “somewhat disconnected.”

Q: Does A Different American Dream pass the Bechdel-Wallace test?

The format of the documentary doesn’t lend itself to exchanges between more than one person – it mostly consists of solitary talking heads, some of whom are women.

A PLACE AT THE TABLE