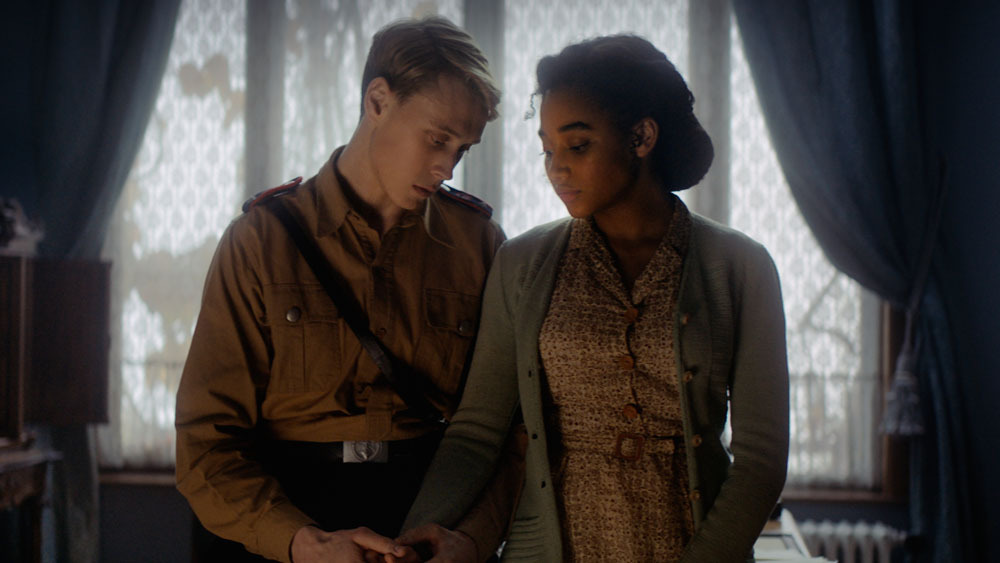 Review of Where Hands Touch by Eliana Levenson

While Amma Asante’s desire to tell a story of a group whose struggle is often lost in the atrocities of Nazi Germany isn’t inherently a bad thing, Where Hands Touch delivers an incredibly tone-deaf narrative that fails in almost every way. (EML: 2/5) It’s 1940s Germany, and the war is already raging at home and abroad. “Leyna” (Amandla Stenberg) is a bi-racial teenager living in the Rhineland. Though she’s never seen someone else who looks like her, it isn’t until the outbreak of World War 2 that Leyna realizes that she is different. Amongst the atrocities of the Nazi regime is a new mandate that requires all bi-racial children to be sterilized. Wishing to spare her daughter this fate, Leyna’s Mother (Abbie Cornish) flees to Berlin, where she believes they will be less noticeable.

However, Berlin proves to be just as dangerous for Leyna. And although she is able to walk the streets, unlike her Jewish counterparts, she still lives in constant fear that the tide will shift against her in an even greater way. Leyna has faked medical papers that claim she is sterilized, but when those are burned by a soldier who barges in looking for hiding Jews, her last protection is gone.

Kicked out of school, Leyna goes to work with her mother at the local factory. It’s leaving the factory one day where she meets “Lutz” (George MacKay) a bright-eyed, Aryan-to-the-T, Nazi Youth, who is startled by Leyna’s unique beauty. Lutz is a confusing character, incredibly passionate about defending Germany and eager to go fight on the front lines, but completely unphased by Leyna’s non-Aryan appearance.

Despite everything around them preventing them from being together, Leyna and Lutz develop a friendship and a romance in the shadows. However, as the war rages on, their budding young romance is torn apart making their love story another tragic romance of the period.

While there is merit to the story Asante is trying to tell, she borders on disrespect with her examination of the greater experience of Nazi Germany, particularly the suffering of the Jews. Throughout the film, the Jewish characters seem to be put in as color, one-off scenes where Jews are being marched out of town to trains, pulled from their homes, or shot in the streets. Sure, the focus of the film can be Leyna’s struggles with race, but there was no sense of context and no real discussions between the characters about how their struggle plays into the greater narrative. In fact, Leyna at one point is concerned because her papers have been burned and soldiers are checking everyone as they enter the factory. In an attempt to save herself, Leyna calls out another woman (white presenting, so likely Jewish) who tries to make a run for it because she clearly has false papers. Asante never attempts to deal with this issue or address the character attitude in any way. This disregard of the surrounding narrative makes it difficult to root for Leyna and gives the whole film an uncomfortable feeling of diminishing at best and disrespectful at worst.

Subject matter aside, Where Hands Touch is a poorly made film. The acting is stilted and awkward, with character motivations & intentions muddied by the necessities of the plot. The writing feels detached, with no character having a defined voice or point of view throughout. And the directing takes on an elementary approach with an overuse of a slow-motion effect, the cheesy inclusion of insert shots, and a poor editing eye. With so much talent both in front of and behind the camera, it’s shocking that the end result is so troublingly amateur, feeling more like a made-for-TV-movie than a theatrical release.

Top Photo:  “Leyna” (Amandla Stenberg) hides behind a tree to watch a Nazi Youth rally her brother is participating in.

Middle Photo: “Leyna” (Amandla Stenberg) and her mother (Abbie Cornish) watch in horror as a Nazi soldier burns Leyna’s papers, her last protection to say she is a German citizen and has been sterilized.

Bottom Photo: “Leyna” (Amandla Stenberg) and “Lutz” (George MacKay) get closer in Lutz’ home while his Nazi leader father is out of town.

Q: Does Where Hands Touch pass the Bechdel-Wallace Test?

Sure. Leyna and her mother have discussions prior to her meeting Lutz that revolve around race and motherhood, which aren’t directly relating to any man or male character. 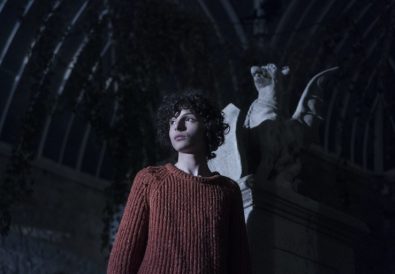 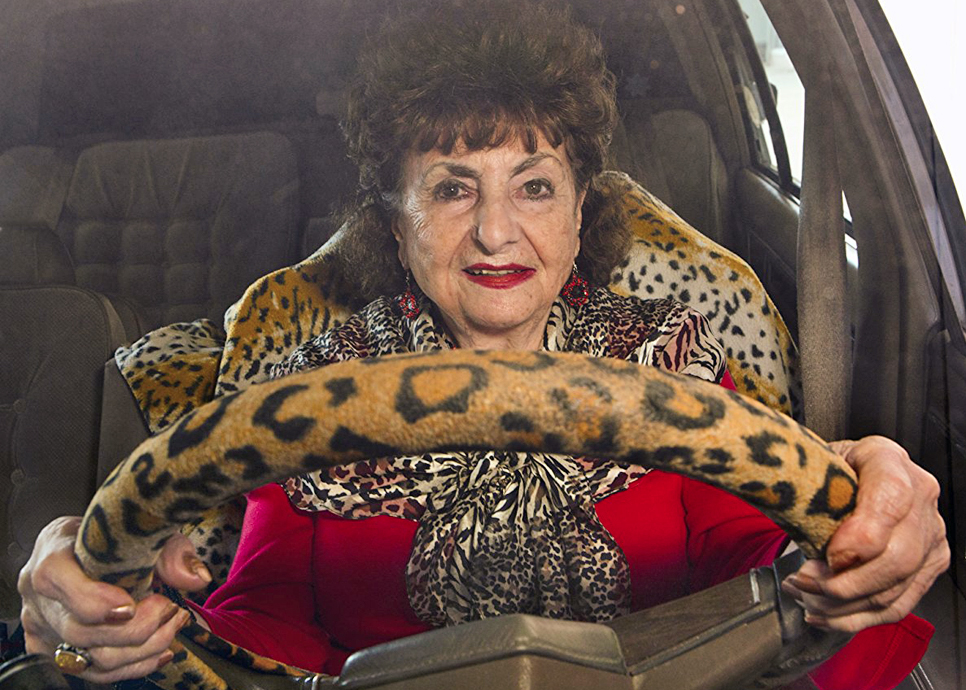