Jaime’s grandmother has just said her last words: “learn how to give a proper blowjob.” Writer and director Becca Gleason opens with those last words as she sets the tone for Jaime (Joey King) and her family as they deal with the drastically different ways each one of them deals with grief in her wonderfully funny film Summer ‘03. Set in the summer of 2003, Gleason hits hard with the nostalgia from the flip phones to the clunky Mac monitors. Inspired by true events, this coming of age film feels fresh and shows that the saddest times can be your wildest yet. (MTP: 3.5/5)

Most coming of age films start off the same – big event or time in characters life, reckless reaction to said event or time, consequences for said reaction, deeper understanding of oneself or the world thanks to the circumstances prior, the end. Becca Gleason’s Summer ‘03 most certainly falls into this stereotypical framework. Jaime (Joey King) is heading into another high school summer when her cynical grandmother (June Squibb) dies leaving each one of her family members a significant piece of information that catapults them into a summer of self discovery and destruction.

Gleason’s aesthetic fits perfectly with Jamie’s main “proper a blow job” conflict. The 2000’s are depicted in the beautifully awkward entirety. Yes the 2000’s were not too long in the past but the prop specifications and slightly outdated lingo connects you to a time that, especially millennials who were in high school at the time, have worked to forget. But that delicate nostalgia keeps Summer ‘03 feeling fresh. The Jamie problem is certainly consistent with today’s teenager and Gleason’s choice to bring it back to 2003 ignites its relatability. Except that in 2003 it was certainly easier to have sex in a public place and get away with stealing the parents car with little consequence but your flip phone being taken away. As for the rest of the film, the plot is a little all over the place. Jamie’s three day romance is absolutely unbelievable and the amount of parties her friend March (Steven Ruffin) in the course of a week is actually appalling. However, I was left wishing I had fallen in love that fast and that I had the guts to throw ragers every week night in those high school summers.

In terms of acting, Joey King manages the 2003 teen despite her just barely being a toddler in actuality that year. Her Jamie is funny, sassy, and reckless without being obnoxious. However, the real standout is the brilliantly funny Andrea Savage who plays Jamie’s mom. Savage comes onto screen and immediately steals the show. Her laugh is infectious, her serious moments are filled with nuance, and her mom is one we all wish we had.

Honestly, Summer ‘03 is a feel good movie with a slightly confusing and/or unrealistic plot that weaves between coming of age and dark comedy haphazardly. Nonetheless, it’s a feel good movie with a fun cast acting through a ridiculous story in such a way that you don’t really ever want to turn away. Gleason manages to keep her characters alive and fresh in what could have been an awkward time period and plot. Summer ‘03 does not make me want to go back to being 16 and certainly not high school, but watching Jamie take risks I never would have dreamed of certainly excites. 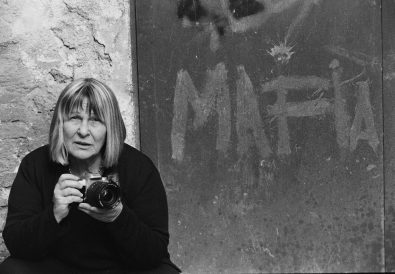