“Me and Austin are not dating,” Lauren tells her mom when her male roommate shows up to Thanksgiving in the New York suburbs. “Austin and I. You were an English major,” she hilariously responds, completely ignorant to what her daughter is trying to say – she’s not dating Austin. She’s dating Hailey.

With each attempt to tell her family the truth about her sexuality, she’s talked over or distracted by the mishaps that plague every family during the holidays: crazy uncles, annoying brothers and rosary-praying grandpas. Underneath the Frasier-like misunderstandings of the coming-out A-story is the heartbreaking and relatable theme of mortality. It’s the family’s first Thanksgiving without their grandfather and one with an uncle who’s suffering from cancer – reminders that life is short, so why not live it authentically.

In a winning combination of a witty script and a talented cast that elevates each word, Laurenzo welcomes a timeless tale of a frenzied family holiday into a new era. “A parent is only as happy as their unhappiest child,” O’Connell says, playing a realistic mother who is both surprised, understanding and unconditionally supportive after learning about her daughter’s sexuality. It’s one great scene out of many here, with laughs coming from every angle.

Side note: Steve Guttenberg should be in every movie, right? Oh, and Kevin Pollak. And basically every single actor the film. Had their storylines been further explored, it would have made the film even more relatable and that much richer. But in missing those key opportunities to touch on those serious issues (effects of cancer, the cloud of grief or even the funny and not-so-funny results of drug use) the film does keep its consistent, romantic comedy tone.

Coming out at a perfect time (pun intended), this kind of film that deserves to be shown to mainstream audiences, not just a select-city theatrical run in New York, Los Angeles or other urban, LGBTQ-friendly areas. This isn’t just an “out of the closet” story, but a family one, a friend one, a daughter one, a niece one. It will leave you thinking about your own Thanksgiving dinner table and whether you’re looking forward to it or dreading it completely.

Either way, you can count pie as a fruit serving. So it’s a win. 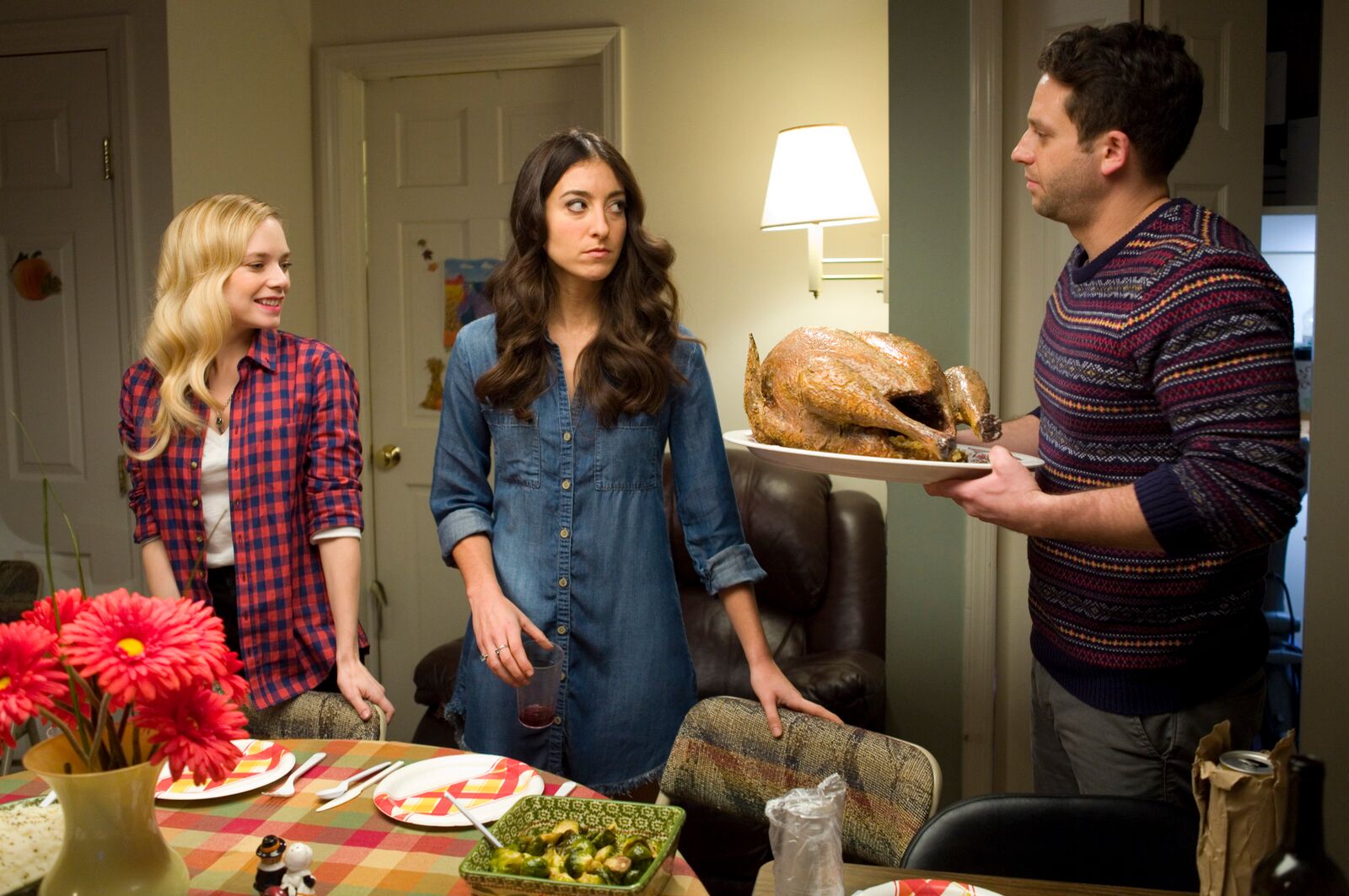 by Brigid K. Presecky November 6, 2018
Brigid Presecky began her career in journalism at Chicago's Goodman Theatre. In 2008, she joined FF2 Media as a part-time film critic and multimedia editor. Receiving her Bachelor of Arts degree in Communications from Bradley University, she moved to Los Angeles where she worked in development, production and publicity for Berlanti Productions, Entertainment Tonight and Warner Bros. Studios, respectively. Returning to her journalistic roots in Chicago, she is now a member of the Chicago Film Critics Association and certified Rotten Tomatoes Film Critic.
Previous Post Next Post