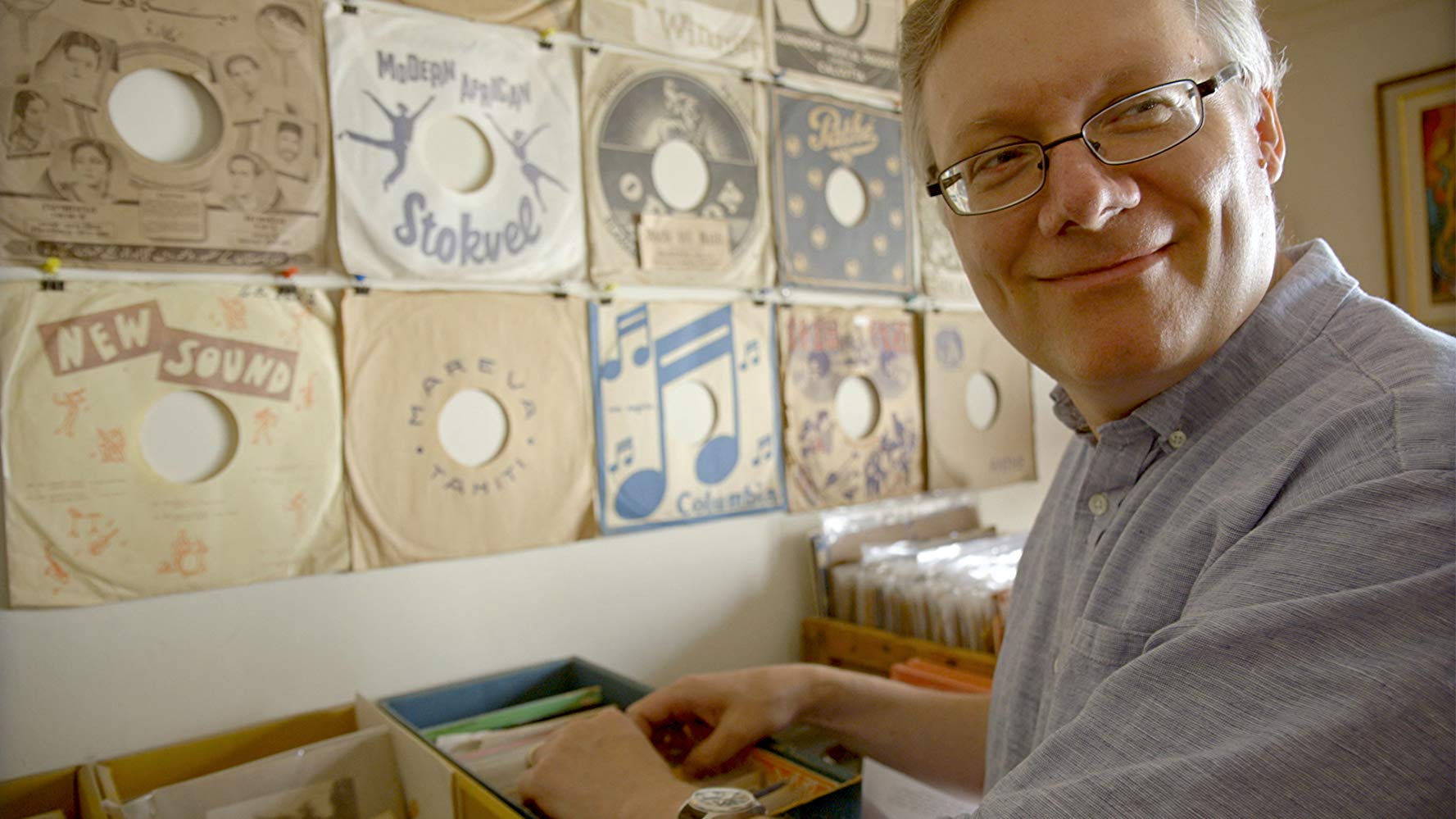 Documentary Bathtubs over Broadway follows the Late Night With David Letterman writer Steve Young as his unique interest in old records takes him on an adventure through the behind the scenes art of corporate America. (4.5/5)

Dava Whisenant makes her directorial debut in documentary Bathtubs Over Broadway where she follows colleague Steve Young as he explores the forgotten world of Industrial Theater during the golden age of American capitalism. Young began collecting obscure records as part of the segment “Dave’s Record Collection” written for the Late Night With David Letterman show. Through this search he began finding obscure recordings of musicals sponsored by huge names such as Xerox, McDonalds, and American Standard and written by household names such as Sheldon Harnick, who composed the classic Fiddler on the Roof. This sparked an obsession in Young and started him on a years long hunt to scourge record shops and online sellers in search of finding the best corporate funded musicals out there.

Whisenant has spent much of her time in the film industry in editing, an art form that is instrumental to the creation of any film but often unnoticed and underappreciated. She uses this insight to turn Bathtubs over Broadway into a celebration of the unsung for some of the most overlooked creators in the recent art world. She also allows Young the space to be himself, oftentimes indulging in his love for the absurd alongside him, thus turning Young’s eccentric yet joyous exploration into one so deeply personal and profound that we can’t help but be drawn in.

Young himself is just as interesting as the material that he is so in love with. He is able to approach such absurd art as multi-million dollar musicals for corporate entertainment with a kind of modesty that allows us to sympathize with the creators. Who were they and why were they allowed to fade into obscurity? It is through his passion and his sincerity that he was able to forge connections with more than just other connoisseurs, but also with the some of the artists behind the work itself. Seeing Young not only interact with Sid Siegel, who wrote over 250 industrial musicals, but also share in joyously singing some of his compositions serves as a reminder in a time of heavy competition that art does not have to be well-known in order to be meaningful. Even if you compose songs about paper supplies there will always be someone there to listen and enjoy.

It is through Siegal that the documentary finds its name. He composed the musical “The Bathrooms are Coming” for American Standard that features women crooning into gorgeous bathroom mirrors, singing lines such as ““My bathroom, my bathroom / Is much more than it may seem / Where I wash and where I cream.” It would be lie to say that his compositions were lazy or uninspired simply because they were made for corporate audiences. If anything his works feel as, if not more, electric and exciting as any Broadway number. Through these numbers about women waiting on new fixtures or hoping for the next Xerox innovation corporate workers were able to feel heard by their workplace. Anyone would enjoy seeing art that turns their own everyday experience into something to be marveled at, and that’s exactly what these shows were able to provide. Young noticed this as well and is why he chose to put together a book that celebrates these great shows and present them to as many of the creators as he could find. To see the light in the faces of those that had though their work would go unremembered is uniquely special to witness.

Bathtubs over Broadway provides an unparalleled look into the behind the scenes art that rampaged through corporate America in the 70s and 80s but it goes beyond the expository to give us a rich look into the people that the work is continuing to effect even now. Dava Whisenant and Steve Young provide 87 minutes of pure joy in this documentary that would be foolish to ignore.

Q: Does Bathtubs Over Broadway pass the Bechdel-Wallace Test?

For the purpose of the documentary the film rarely strays from its focus on Steve Young and his interests.