‘Daughter of Mine’ delivers moving look into the trials of motherhood 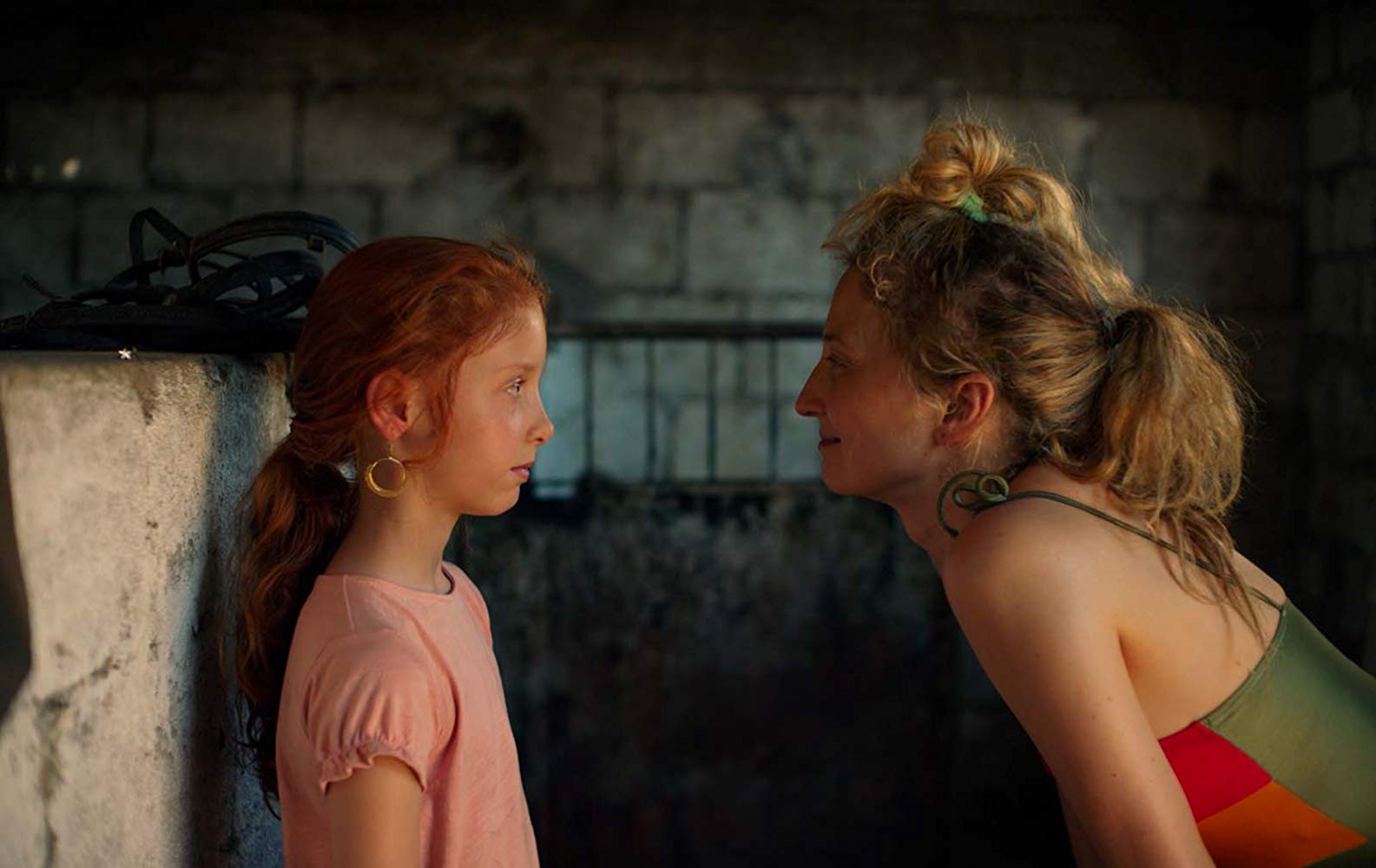 A withdrawn ten year old named Vittoria is confronted with the reality of her past when her biological mother attempts to come back into her life. (AG: 3/5 stars)

Daughter of Mine (2018) is an Italian film by director Laura Bispuri, and co-written by Francesca Manieri and Laura Bispuri. The film follows ten year old Vittoria, played by Sara Casu, as she unravels her family’s tangled history and comes to terms with her adoption. In the film’s opening, Vittoria’s adopted mother Tina, played by Valeria Golino, visits the biological mother of Vittoria, Angelica, played by Alba Rohrwacher. Angelica, who makes money as a sex worker, tells Tina that she is behind on her rent and close to being evicted. The next time that Tina visits Angelica she brings Vittoria, but declines to tell the young girl the truth, instead saying that Angelica is just a poor woman in need of some extra help. Vittoria is instantly drawn to Angelica and from here begins to steal away from home whenever she can in order to become closer to this woman who shares her red hair.

The biggest pull of this film is found in the acting of the two mothers. Tina is the compassionate and misunderstood woman who desperately wants to be a good parent to Vittoria. Angelica is the reckless and distant outsider who originally has no interest in motherhood but gradually warms to the idea. Both women are fully capable of commanding the screen on their own but when they come together it becomes nearly impossible to look away. In contrast to these two women, the performance of Vittoria is initially more reserved. This works to the film’s advantage, as we see her blossom into a more self-confident and assured person through the actions of the two mothers. Laura Bispuri’s film provides an intriguing and honest insight into motherhood and all that it demands in Daughter of Mine. The gradual growth of Vittoria’s biological mother Angelica is one of the more fascinating elements of the story. It would have been easy for Bispuri to simply use Angelica as a prop to highlight Tina’s superior parenting, but she instead decides to allow Angelica to grow into a mother-like figure for Vittoria, despite her flaws. Vittoria, too, undergoes a powerful transformation in the film. Where she once existed in a bubble of calm, she now is forced to reconcile with the more unseemly aspects of her past, which she does with an enthralling kindness and delicacy.

Where Daughter of Mine suffers is in the way that it clings to tropes and pushes aside moments that could be used for character development for the sake of plot progression. It pulls tiredly from the contrasting archetypes of the giving religious mother and the drunken sex worker. Additionally, many moments of tension in the film could be rectified through the act of a simple and honest conversation, either between the two women or between the women and Vittoria, but the characters never acknowledge this. Instead, in order to spark arguments Bispuri often has the women approach each other when one or both of them is intoxicated.

It’s hard to empathize with characters who seem to be willingly making situations more difficult for themselves than they ought to be. On top of this there are few moments of genuine realization where one of the mothers comes to terms with her actions and seeks reconciliation. They both float on a cloud of dissonance and seem to have little sympathy for each other. This is especially apparent when Tina heartlessly humiliates Angelica in front of Vittoria by exposing the truth of Angelica’s income to her. This scene is especially upsetting but is written off by both Tina and Angelica as a moment of bad judgement instead of a moment of shockingly abusive behavior. Despite all that Tina has done for Vittoria, it became difficult to continue to sympathize with her after this heartbreaking moment.

Daughter of Mine (2018) dives into the underbelly of an Italian Sardinian Village and at times delivers moments of sincere confusion and anger that makes our hearts ache for its main characters. It is hard to turn our eyes away from the women and their fantastic growths in this enthralling Italian drama. Q: Does Daughter of Mine (2018) pass the Bechdel-Wallace Test?

There are many conversations between Angelica and Tina regarding the fate of Vittoria.

I was kind of uncomfortable about the virgin-whore complex shown in Daughter of Mine’s characterization of the two mother figures. Tina is clearly supposed to be the responsible mother who takes care of Vittoria while Angelica is the immature but fun one who exposes Vittoria to adulthood, and the film basically sets out to confirm its own opinions of these two women to itself. The cards are stacked against Angelica’s character from the get-go, when she is first seen hooking up with a stranger in a corner at a public festival. Vittoria sees her without knowing who she is, and Angelica leers drunkenly at her—this scene is meant to set up the rest of their relationship.

My problem with this dynamic is that Angelica has pretty much all of the flaws. Tina is shown as being overly anxious as a mother, but her flaws are justified to the audience in a way that Angelica’s are not. While Tina gets scenes where she explains why she’s so careful with her daughter, Angelica rarely gets to speak for herself. In fact, the narrative is harshly taken away from her when Tina brings Vittoria to her workplace so the child can see how her other mother figure makes a living.

It’s easy to take a woman who got pregnant too early and couldn’t keep the child, and turn her into some kind of drunken whore character who shouldn’t have had the gall to have sex, but couldn’t we add some more complexity here? Why isn’t the film as critical of Tina’s controlling parenting? Why doesn’t it explore how so many mothers get unheathily invested in keeping their children from growing up, or “give to get” so they can control their children through guilt? I would have loved for both these parenting styles to be portrayed as flawed, so that the characters could learn from each other. 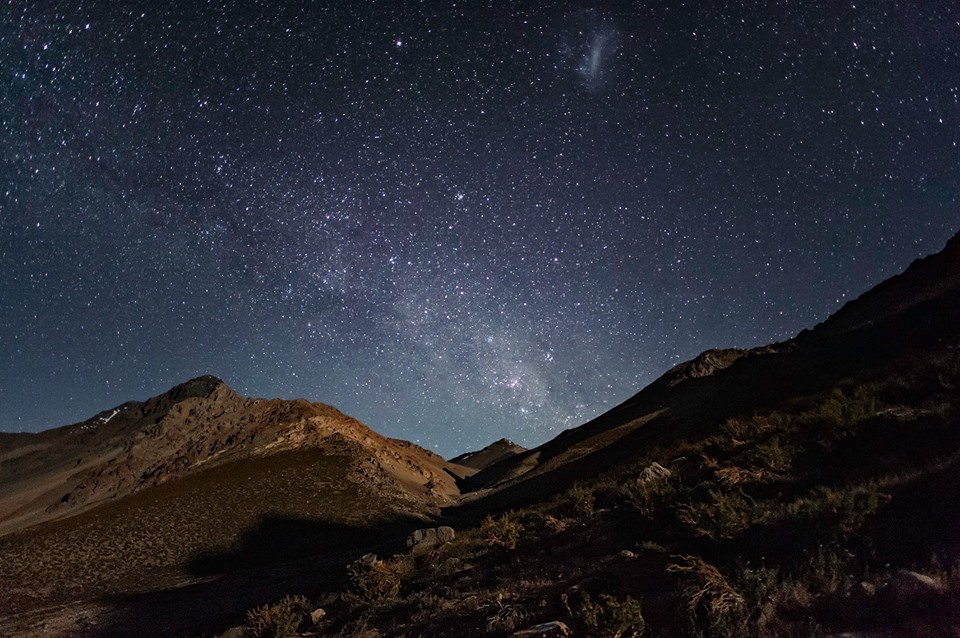 Alison McAlpine’s ‘Cielo’ reminds us to look up