Running from risk of zombie infection in ‘Ever After’

In Endzeit, directed by Carolina Hellsgard and written by Olivia Vieweg, after a zombie apocalypse takes over the world, only two German cities remain— Weimar and Jena. In Weimar anyone who’s even slightly infected is killed, while Jena desperately searches for a cure. Vivi, a struggling mental patient, is sent to Weimar to combat the growing zombie forces, and crosses paths with a cynical, hardened Eva. Both escape the fortress and travel together— but Vivi is aimless and borderline suicidal, while Eva hides a life-ruining secret. What awaits them at the end of their journey— if they even are able to make it? (BV 3.5/5.0)

A horrifying plague has turned most people on Earth into zombies, leaving many people traumatized from the event; only the two German cities of Weimar and Jena remain fighting. Endzeit (Ever After in English) starts with protagonist Vivi (Gro Swantje Kohlhof) in an institution, ridden with guilt of being unable to protect her sister from violent infection. Most days, she is aimless, numbed with pain, but she still volunteers to defend the perimeter of Weimar. Greeted by a cheerful new recruit Isabelle (Muriel Wimmer), they are inducted with severity— and Vivi is further scarred by witnessing the zombies attack her new acquaintance. This is where Vivi is first intimately acquainted with the icy Eva (Maja Lehrer), her polar opposite. Eva cuts off Isabella’s arm and is forced by her commander to shoot her dead, though at first Eva tries to spare her life.

Horrified by the experience, Vivi escapes by jumping on a supply train to Jena. Eva is somehow also on the train, demeanor stoic and cold; soon they are attacked by zombies and must flee for safety once again. The journey to Jena is frustrating, with Eva intolerant of Vivi’s fragile vulnerability, but the women start forming a bond as they travel to the city with more promising prospects. Will they reach their destination, and be able to embrace their inner demons on the way to Jena— or will the cannibalistic monsters get to them first?

The beginning of Endzeit opens with attention-grabbing potential, but starts falling significantly. Many interesting plot points are introduced, and the underlying message of “humanity must end, with nature taking over” is deep and profound— but the movie fails to support it. It seems that Endzeit tries to be meaningful, but doesn’t follow through with its potential. The most significant plot point is when Vivi is saved by a half-zombie, half-human creature that still has her thinking intact, but just as quickly as she is introduced, she is gone.

The treatment towards Vivi’s mentally ill state is also questionable— the depictions of anxiety are realistic, but Eva’s treatment of Vivi is brusque, and the more hardened woman throws her pills away. Vivi is essentially told to get over her illness. Endzeit is a zombie movie with high stakes at hand, so the obduracy is easy to understand, but it doesn’t help their situation either. Vivi and Eva’s relationship in general is also rather tumultuous; they’re friends one minute, but Eva treats her poorly the next— it’s not very consistent and very confusing.

A few of the logistics also don’t make sense, such as the fact that Eva’s camera hasn’t run out of battery life and they possess a CD player. It’s hard to place what era Endzeit is in, especially if it takes place in the future. Despite its shortcomings, Endzeit does have beautiful art direction and production value; cinematically, it could definitely be considered an arthouse film. The stage makeup for the half-turned zombie that Vivi meets is also absolutely gorgeous— the makeup department with Aisha King’s expertise shine above the low-budget of the film.

Endzeit is apparently based off a graphic novel; hopefully it’s more fleshed out than the movie. The film had a lot of potential and interesting concepts, but Endzeit’s execution was rushed and only brushed the surface. Nonetheless, seeing an all female cast in a zombie film is refreshing, and if you squint closely there’s a hint of subtext between the female leads. Still, don’t get your hopes up too high. Compared to other apocalyptic films, there’s minimal suspense and shallow drama.

Photos: Promotional poster for Endzeit / Ever After, Gro Swantje Kohlhof and Barbara Philipp as Vivi and the half-turned zombie, zombies in Endzeit chasing after Vivi and Eva

Does Ever After Bechdel-Wallace test?

Yes! The cast is primarily female, and there’s only one male character in the beginning— perhaps the most defining trait of the movie.

I totally agree with Bea about the relationship between the protagonists of this film—the way Eva treats Vivi is questionable at best throughout the film. It’s not like I’m unwilling to watch a toxic relationship onscreen, but when I’m being asked to root for these protagonists and their “friendship” I’m not jazzed when that includes accepting what Eva throws Vivi’s way. I don’t know about you, reader, but if I found myself on a train with a kid who was clearly psychologically shattered, my response would not be to tell her she’s a weakling or try to make her feel bad about what is clearly a severe case of PTSD. And again, it’s not that I object to anything but perfect relationships being portrayed in movies; I object to emotional abuse being framed as friendship and nothing being done in the narrative to suggest these two characters could maybe have a healthier dynamic.

This brings me to my main problem with zombie movies in general; they tend to put forward the idea that after the apocalypse, we’re going to need to all treat each other like shit to survive. It’s a damning failure of imagination that Endzeit could imagine mutated humans with flowers growing out of their flesh, but not a post-apocalyptic world without fascism. I watched about three episodes of The Walking Dead before I realized that the whole show was going to be about Rick’s toxic masculinity being portrayed as the force that saves everyone (this also being one of my problems with Lost). Have Thomas Hobbes and Lord of the Flies really destroyed Western civilization’s critical thinking skills to this extent? I say Western civilization because many other cultures, past and present, have actually had no problem with this concept—though that is a subject for a much more expansive work than this two-paragraph commentary on Endzeit. 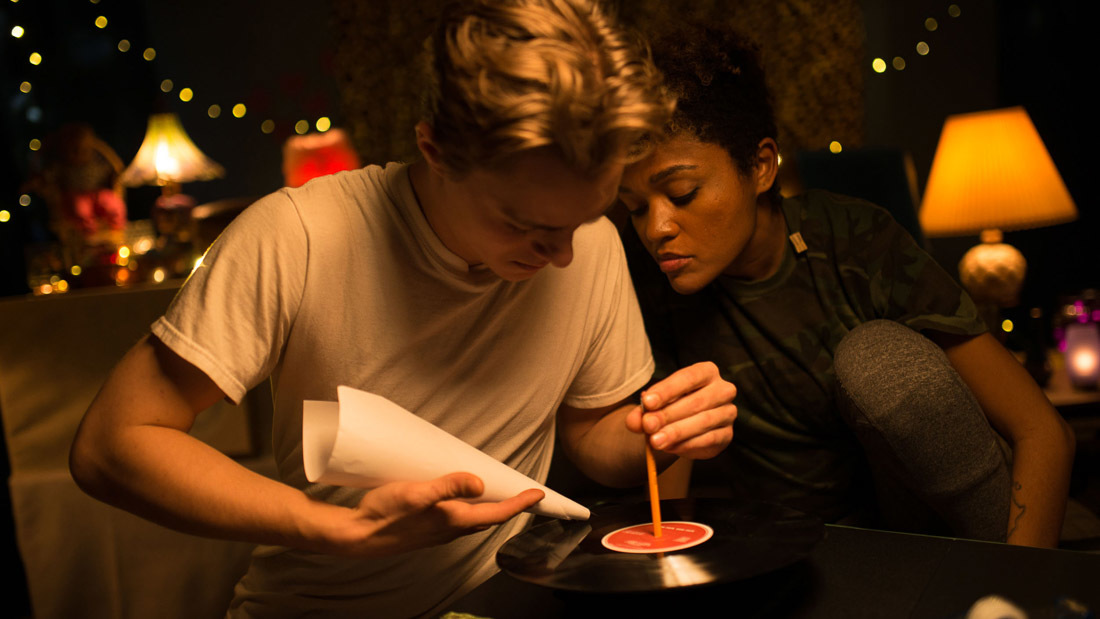 ‘Give Me Liberty’ Speeds into Chaos and Wonderful Comedy 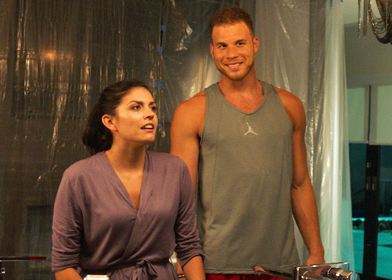