Euphoria, written and directed by Lisa Langseth, is about two sisters escaping to a mysterious and seemingly idyllic retreat—which turns out to be a place for people to spend the last days of their lives because one of the sisters, Emilie, is soon to lose her battle with cancer. The concept and cinematography of the film are intriguing and complex, but the plot and dialogue are unfortunately not up to par. (JRL: 2.5/5)

When Ines (Alicia Vikander)’s sister, Emilie (Eva Green), invites her on a trip to reconcile their ailing relationship, Ines gladly agrees. But Emilie refuses to disclose where they’re going until they arrive—all Ines knows is that she can get “as many massages as [she wants].” However, this is no spa resort. It turns out that Emilie has taken Ines to a retreat where people spend the last days of their lives, free to do anything they want to find peace and fulfilment. b To Ines’ surprise, Emilie has had terminal cancer for the past few years.

Attendants roam the sanctuary of sorts, sporting soft grey robes and soft smiles. Charlotte Rampling is a calm and comforting presence as Marina, Emilie’s attendant. Though Marina and Emilie insist that the trip is a good idea, Ines is understandably upset by the shocking news of her sister’s illness and by the fact that a place like this exists at all. As Emilie’s last few days go by, she attempts to make peace with Ines over their difficult past and the inevitable tragedy to come, but Ines is less willing to submit to the circumstances. Ines meets a companion, Mr. Daren (Charles Dance), a loud, aging rocker-type, while Emilie has a dalliance with a depressed parapelegic whose situation calls the morality of the place entirely into question. As the situation grows graver, Ines must decide whether to stay and support her sister or escape, the move she’s historically made when times get tough.

really the best way to send someone off? How can we reconcile the gravity of death with the cheerful and serene environment provided to the guests?

The cinematography of the film, by Rob Hardy, captures the discomfort of the undertone of death in a serene environment effectively. Though the landscape is idyllic and objectively beautiful to look at, Hardy often includes something just slightly off-kilter to demonstrate the unease of the circumstances. For example, when Ines, Emilie, and Charlotte sit at a table outside drinking tea, Emilie attempting to discuss her and Ines’ past, the scene is pretty except for a swarm of bugs in the background that visually—and audibly—add to the upsetting undertones of the situation they’re in.

I wish I could say that the other elements of the film are able to capture that feeling as movingly, but unfortunately neither the plot nor the dialogue was able to reflect the nuances of the concept of the film. Instead, the dialogue was rather lackluster, delivering passionless meditations on death and strained family relationships.When the sisters discuss their painful past, Ines remains mostly bitter and hard while Emilie is vulnerable and ridden with a dull sadness, a dynamic that doesn’t really change over the course of the film. Alicia Vikander and Eva Green are wonderful actors and have great chemistry, but because their characters were given little depth, neither was able to deliver an outstanding performance.

Euphoria is beautiful (and ever so slightly uncomfortable) to look at, but the rest of the film is just underwhelming, unfortunately unable to fulfill the promise of its gut-wrenching premise.

A: Yes! Most of the movie passes, actually. 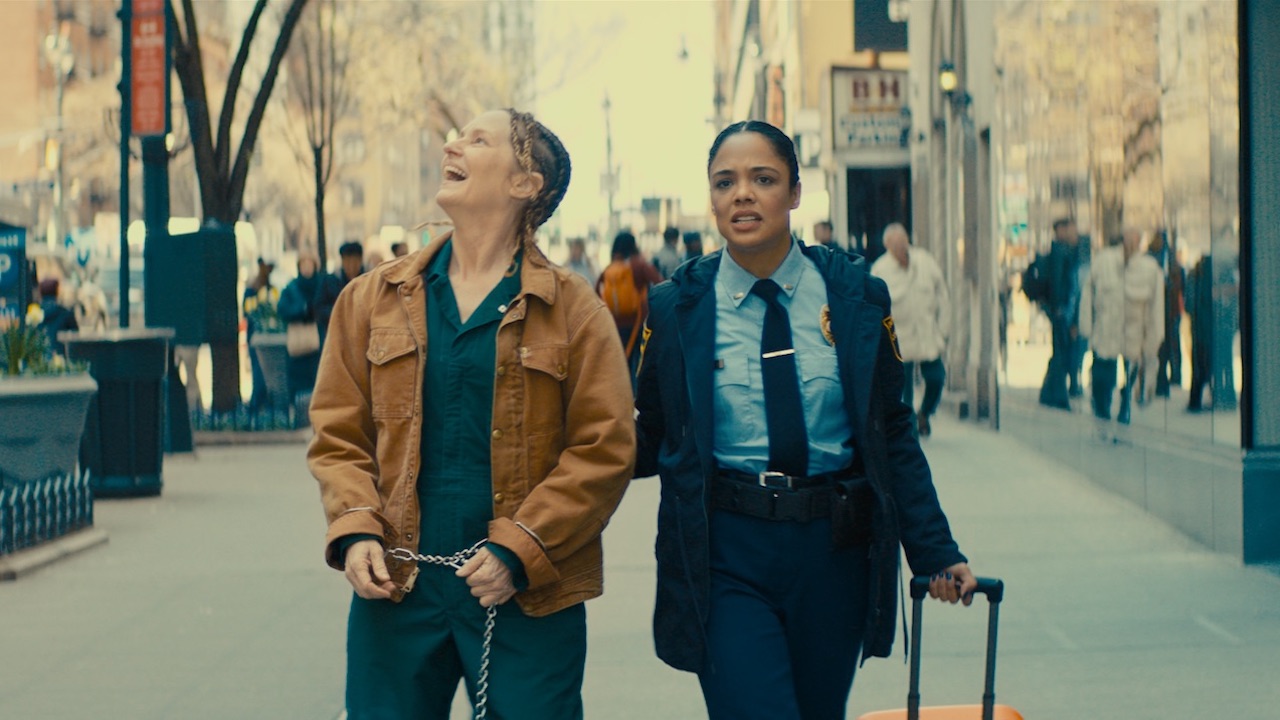