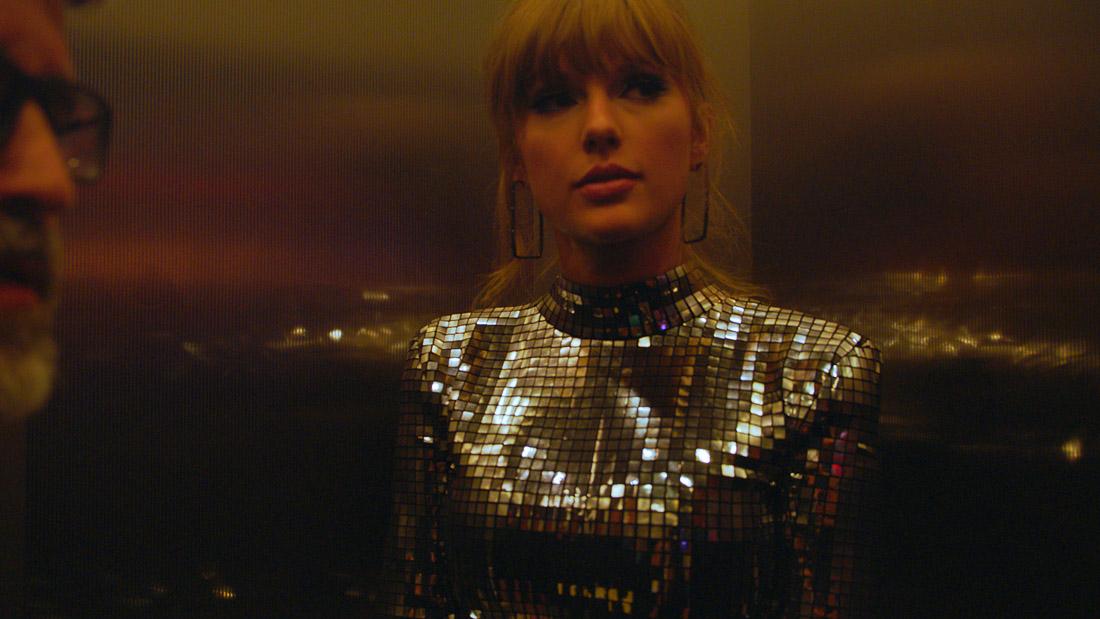 Director Lana Wilson builds a mosaic-like documentary around Taylor Swift and her 15-year journey of navigating intense spotlight and scrutiny. Juxtaposing footage from her sold-out stadium concerts to intimate, close-up conversations about her eating disorder, Miss Americana allows people into the world of a poetic singer/songwriter who, at 29, found her true voice. (BKP: 5/5)

Age 16. That’s when a young girl with a sharp pen, thin skin and an open heart shot to stardom. In June of 2006, Big Machine Records made the world aware of a curly-haired blonde with a voice that spoke to millions of people. Taylor Swift dominated the country charts and broke records with her diary-like lyrics that she wrote herself, an enormous feat overlooked by the boys she was dating, the clothes she wore and a Kanye West controversy that will never go away.

In reality, this powerhouse performer (now 29 in the documentary) is a regular person who has dinner with her friends, lunch with her mom and goes home after a hard work day – it just so happens that her work day is on a stage in front of thousands of screaming fans. Thanks to Lana Wilson, who follows Taylor into intimate spaces of her everyday life – we see this “pop star” in her home, in her pajamas, creating the content that touches the hearts of so many people. A voice memo here, an idea there – we’re allowed into the sacred space of a writer, one who is constantly scrutinized for who she is as a person rather than the songs she creates as an artist.

Rather than a linear biopic of her life E! True Hollywood style, Wilson centers on present-day Swift finding an inner peace with who she is and the confidence to speak out for what she believes. With the destructive downfall of the Dixie Chicks after they made remarks criticizing President Bush, Swift was constantly told to keep her political opinions to herself and she did – until she couldn’t anymore. The documentary covers (although thankfully not in-depth) the sexual assault trial Swift went through after being groped at a fan meet-and-greet. It shows just enough to show how that experience changed her, as well as how her mother’s cancer diagnosis gave her perspective on what – and who – matters.

It’s a beautiful depiction of what happens when we mature and (hopefully) stop caring about everyone’s opinions. It shows that Taylor Swift, too, finds comfort in the warm embrace of her mother, has wine and pasta with her best girlfriend, keeps her romantic relationship private, cuddles with her cat, goes home after a long work day, records voice memos on her phone. Granted, not a lot of peoples’ voice memos are the same as Swift’s; they never quite lead to record-breaking, number one singles. But that’s what separates her from everyone else. In truth, she is a poet born with the gift of creating something out of nothing. She is everything good about being a self-labeled Tennessee Christian.

Personally, I am grateful that documentary filmmaker Wilson was assigned to this project. Through her edits and song choices (“All Too Well,” “Getaway Car,” “Clean”) she can hear the magic in Swift’s songs, something that not everyone understands. They are not the top singles that win awards, per se, or that have anything to do with the AMAs, CMAs, VMAs or Grammys. Rather, Wilson seems to understand that the magic is in the words Taylor puts on the page and plays through her fingertips on piano keys. It’s art, it’s connection, it’s being a human. Sometimes, people forget that she is one. For more than a decade, we have been watching this singer through our own lens – thankfully, Miss Americana shows Taylor Swift’s story through hers.

Absolutely! Taylor Swift’s female influences are prevalent in the documentary, most notably her mother, Andrea.

Taylor Swift has reached the level of star status that makes her more of an idea, a historical enigma in the making, than a person. At least for the uninitiated, who see her as a walking slew of headlines and hit songs on the radio. But for her fans, she is a poet. A performer. A person who understands us – as evidenced in her new song Only the Young, dropped today along with the Netflix documentary Miss Americana: Taylor Swift.

Her albums represent chapters of our own lives. As she explains to director Lana Wilson, she and her fanbase have grown up together. She writes lyrics that for 15 years have made us feel comforted, understood and joyful; we listen, and sing them right back to her. Though not always loudly enough to drown out the nasty noise that comes with being a performing artist with her level of fame.

But we already know that story. Thankfully Miss Americana does a great job of showing us what we might not already know – like Swift’s creative process, which Wilson told FF2 Media last week at the Sundance Film Festival was her favorite part of making the documentary. Her undeniable songwriting talent is on full display. Lines like “The ties were black, the lies were white” and “I look through the windows of this love even though we boarded them up” would be lauded as poetic mastery if they weren’t songs saddled with the unfair “pop” label. But Miss Americana makes the effort to show us her point of view, not only as a gifted writer or a public figure, but as a woman whose dream became a reality.

It sends an inspiring message: if Taylor Swift can drown out the roar of what people think of her, so can we.

As for the critics and cynics?

All they are is mean.

They’re just another picture to burn When you’re finally clean. 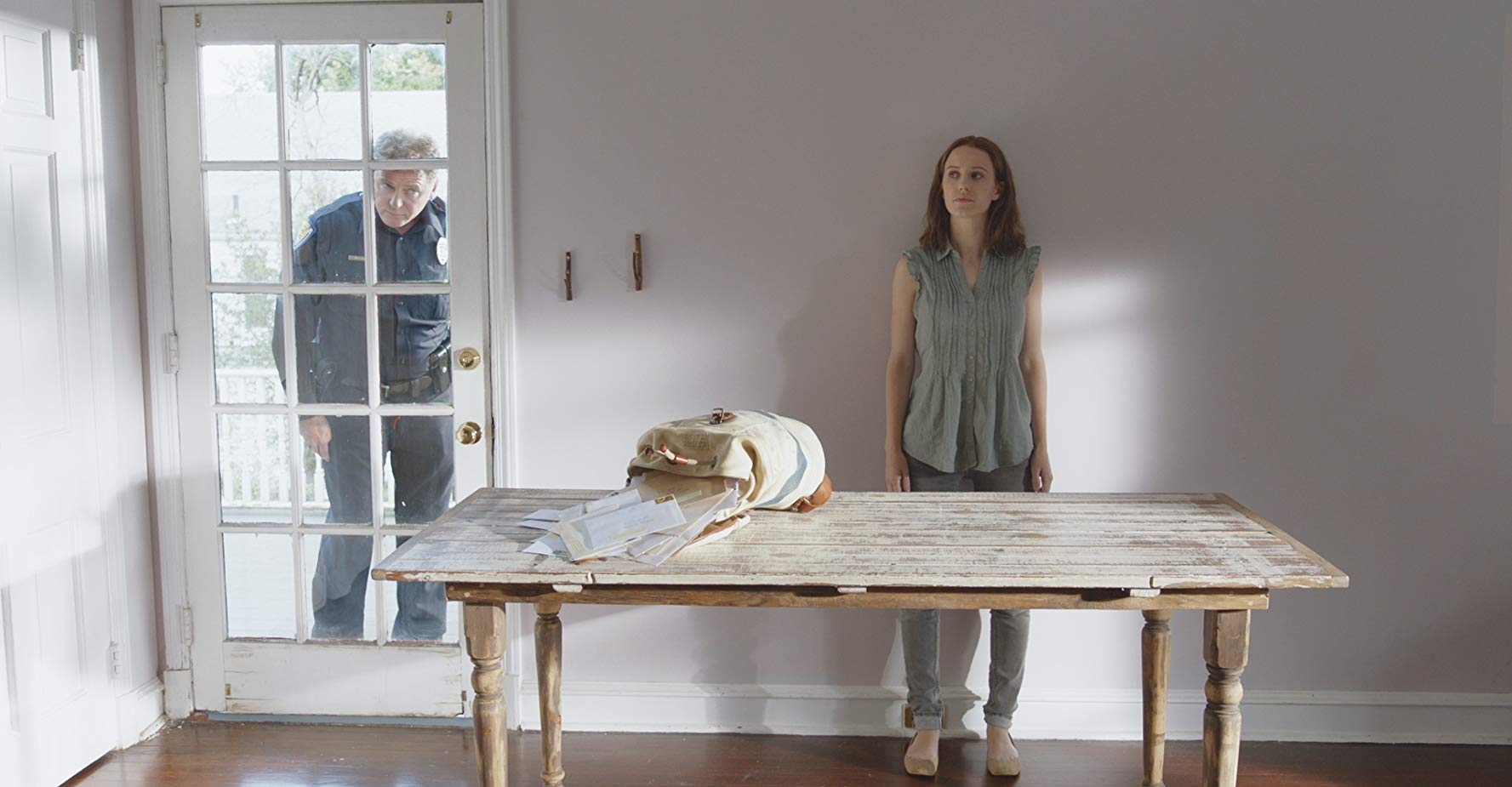 I USED TO BE DARKER

by Brigid K. Presecky January 30, 2020
Brigid Presecky began her career in journalism at Chicago's Goodman Theatre. In 2008, she joined FF2 Media as a part-time film critic and multimedia editor. Receiving her Bachelor of Arts degree in Communications from Bradley University, she moved to Los Angeles where she worked in development, production and publicity for Berlanti Productions, Entertainment Tonight and Warner Bros. Studios, respectively. Returning to her journalistic roots in Chicago, she is now a member of the Chicago Film Critics Association and certified Rotten Tomatoes Film Critic.
Previous Post Next Post