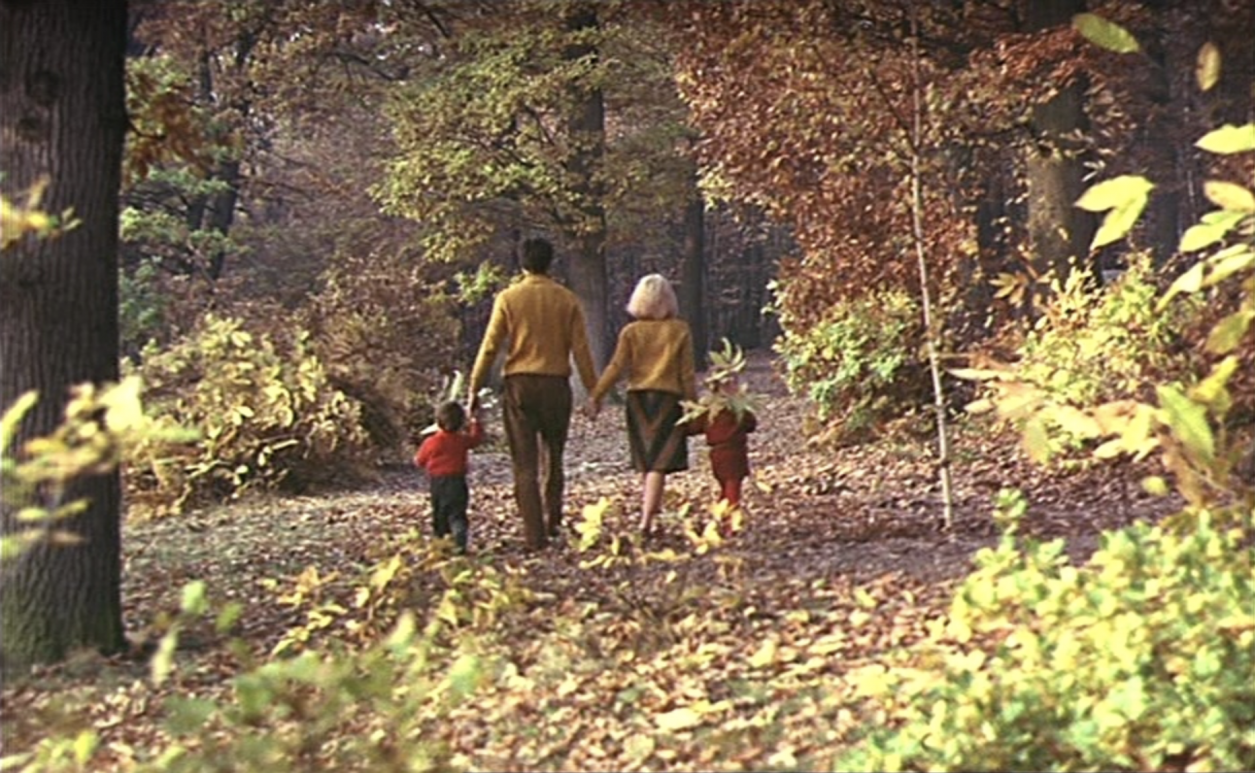 Written and directed by Agnés Varda, Le Bonheur is a french film about a man who lives a full and lovely life with his wife and two children but is faced with a dilemma when he falls in love with someone new. Varda’s film is an intriguing commentary on the nature of love, family, and, of course, “le bonheur” (in French, the word for happiness). (JRL: 4.5/5)

François is a carpenter, and Thérèse makes dresses for women in town. The house is pretty and well-kept, and so are the children; their joyful and unobtrusive presence makes them not a dragging responsibility but another accessory to the idyllic family home—much like the pots of flowers Thérèse meticulously waters.

But then François meets “Émilie” (Marie-France Boyeur) on a business trip, a woman with a witty disposition that’s a bit sharper and hair that’s blonder than Thérèse’s. When he finds that this new woman—coincidentally—will be moving to his hometown, he is smitten. When Émilie arrives, they begin an affair, leaving François torn between her and his wife and children, whom he also loves dearly. The ever-romantic François sets out to maintain his precious family life while still following his heart. Despite the contradictions of these two paths,  he tries to achieve “le bonheur,” a pursuit that proves itself impossible.

Le Bonheur is an intriguing take on what is often universally accepted as happiness: finding love and then having nice kids and a nice home. It is a perfect portrait of this form of happiness; Varda even used actors who were a real family (the Druots) to capture a true, authentic familial love. The countryside where they spend much of the film is lush, and their costumes are bright and colorful, as is their home. The children don’t cry, and the parents don’t fight. Even when François meets Émilie, he is determined to keep his family intact, to pursue his whims while keeping the wonderful things he already has and to remain, well, happy. We see the film from this perspective – that of François – and so Le Bonheur never betrays its name; we aren’t made to see the dark underside of your so-called perfect family. And yet the omission of that dark underside makes its presence all the more palpable. When François refuses to accept the gravity of his actions, it only draws attention to his complete neglect of those around him in doing so. Le Bonheur has somewhat of a happy ending, at least from François’ perspective, but you are left feeling empty instead. That’s because joy without sorrow, pleasure without pain, is just that: empty. “Le bonheur” that we often strive for — a beautiful home, lovely kids, constant smiles-—is, when you boil it down, just an aesthetic, an appearance of something with nothing behind it. It’s a veneer. In Varda’s own words, happiness is “a beautiful fruit that tastes of cruelty.” Le Bonheur is a beacon of powerful, provocative thought in pretty packaging. 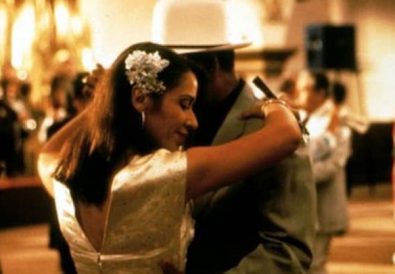