by Amelie Lasker
Uncategorized
No comments 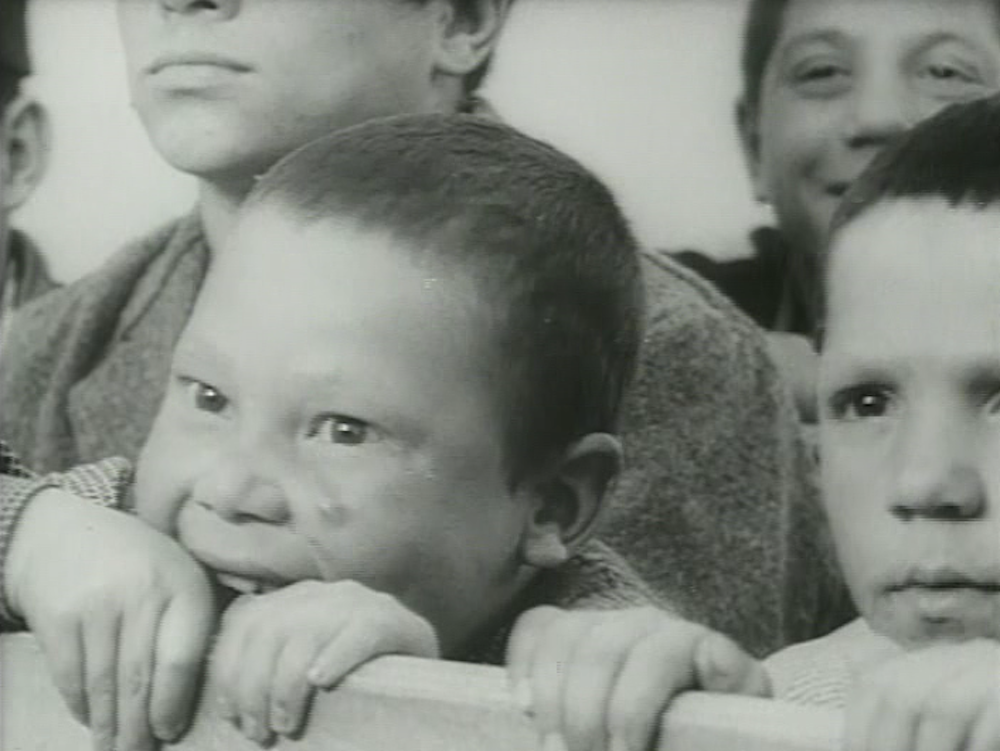 The documentary short ‘The House Is Black’ is a haunting visit into the lives of patients in a facility for people with leprosy in 1960s Iran. The only film by poet Forough Farrokhzad, it is a searing reminder of vulnerable groups who have long been, and still are, left behind by social systems. (AEL: 4/5)

In The House Is Black’s twenty minutes, we peek into the lives of a group of people with leprosy living in a village facility in Iran. Filmmaker Forough Farrokhzad narrates by reading from her own poetry, as well as the Quran and the Old Testament.

Farrokhzad often overlays religious language with scenes of mundane suffering. As patients in a classroom read religious lines thanking God for what they are given, Farrokhzad asks: “Who is this in Hell praising you, oh Lord?”

Forough Farrokhzad’s documentary approach is sensitive but not timid. She shows us the daily boredom and loneliness, the disability from damaged hands and feet, the cleaning and maintenance the patients need for their bodies every day.

She also shows us their joy: hanging out, playing together, learning to read, holding a holiday celebration. In fact, the daily care and togetherness make up a large portion of the film. There are children and older adults here, living out their whole lives.

Farrokzhad’s voice gives way at one point to another narrator, who reads a description of the disease that sounds like it might come from a medical journal. He explains that leprosy is treatable, and especially so if treated early. Overlaid with images of patients, this narration criticizes Iran’s public system for its failure to help this vulnerable group.

Overall, Farrokzhad highlights this as a place left behind and out of sight. “I am poured out like water as those who have long been dead,” reads one line of her poetry.

Farrokhzad also puts forth a discussion of beauty in “The House Is Black.” The opening narration states clearly: “To wipe out this ugliness and to relieve the victims is the motive of this film and the hope of its makers.” Yet the film’s exploration of ugliness is not this simple. In its opening image, a woman looks at herself in the mirror, her face wrapped in a scarf up to her eyes. We can see that the disease damages one of her eyes. It’s unclear whether she is covered for cultural reasons or to hide the illness’s effects. She is our first introduction to the illness’s characteristic visible symptoms; we find her looking at herself in the mirror, unwavering, making herself an object to be looked at, whether despite or because of her illness.

In a classroom scene, a teacher asks a student to name something that is ugly. “Hand,” the student says, and the room bursts into laughter. “Foot, head.” This is the only time the patients complain about anything. While beauty standards have tacit implications for everyone, the underlying meanings of those standards are out in the open in this film. “Beauty,” or undamaged bodies and faces, means health, belonging, and freedom.

Leprosy is also known as Hansen’s disease, and it still exists today, but our understanding of it has changed drastically. Now, we know Hansen’s disease is not very contagious, and it’s treatable.

Yet the issue of vulnerable patients and invisible illness remains. In Jennifer Brea’s 2017 documentary, Unrest, Brea shows us the world of people with chronic fatigue syndrome (myalgic encephalomyelitis or ME), a debilitating disease for which no cure has been found. Like leprosy in the past, ME often confines people to their homes. Myalgic encephalomyelitis also disproportionately affects women, and, like other diseases with intangible symptoms that are more prevalent in women, it is hard to get diagnosed and hard to treat. Brea’s film explores the emotional effects of experiencing chronic illness, and at the same time, it sheds light on a wide, warm world of people connecting over their experience of the same illness.

Like the patients in “The House Is Black,” the people in Unrest must deal with an illness that is chronic and little-understood. With Unrest, Brea seeks to call attention to a group that’s left behind, just as Farrokhzad did.

Much of the stigma of leprosy remains today as well, even though we now know it is not easy to spread. In the 2015 film Sweet Bean, “Tokue” (Kirin Kiki) must leave the pancake shop where she works because customers find out she has leprosy. Later, we learn about Tokue’s past, when she was confined to a hospital facility due to Japan’s 1953 Leprosy Prevention Act—which had since been repealed. In Sweet Bean, Tokue faces prejudice, but she remains cheerful, noting how much the world’s attitude toward leprosy patients had changed.

We don’t find out that Tokue has leprosy until late into the film. The film introduces us to the character before the disease, to teach viewers to see past the stigma or fear associated with the illness. In “The House Is Black,” Farrokhzad does the opposite: she discusses the disease and its “ugliness,” making us afraid, and then shows us the humanity of the people who suffer from it.

Featured Photo: Students in a class in “The House Is Black.”

Middle Photo: A scenic shot from “The House Is Black.”

Bottom Photo: A language exercise on the classroom blackboard.

Q: Does The House Is Black pass the Bechdel-Wallace Test?

No, but there’s little dialogue in the film anyway besides narration.

‘The Roads Not Taken’ is a Marriage of Intellect and Emotion

by Amelie Lasker October 12, 2020
Amelie Lasker joined FF2 Media in early 2016 after graduating from Columbia University where she studied English and history. She has written plays and had readings for Columbia’s student-written theatre company Nomads, edited the blog for Columbia’s film journal Double Exposure, and worked on film crews and participated in workshops at Columbia University Film Productions. She spent junior year abroad at Cambridge University, where she had many opportunities for student playwrights to see their work produced.
Previous Post Next Post