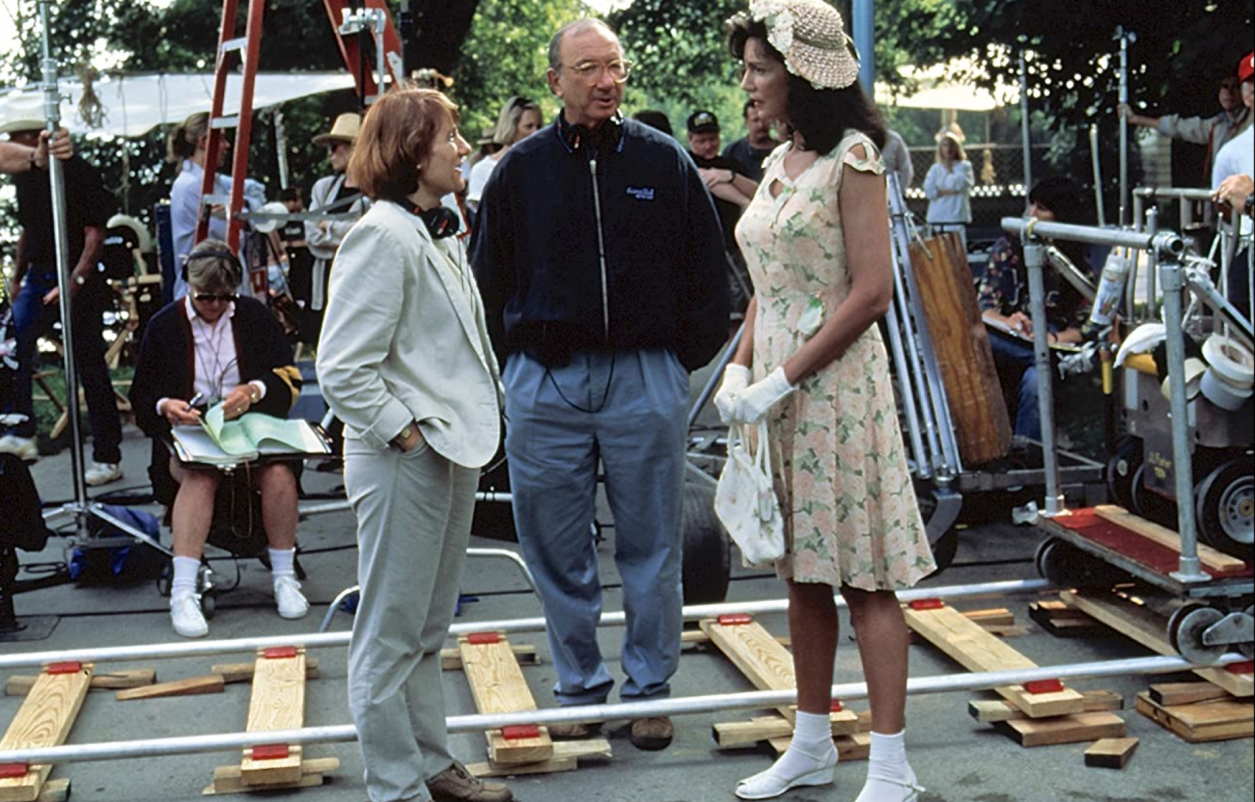 Director Martha Coolidge collaborates with writer Neil Simon to adapt his Pulitzer Prize-winning play, Lost in Yonkers. A warm and kind coming-of-age film where two boys are forced into a new way of living when they stay with their strict grandma in Yonkers. (KIZJ: 3/5)

It’s a hot summer’s day, and young “Jay” (Mike Damus) and his little brother “Arty” (Brad Stoll) are wiping sweat from their foreheads in a stuffy old car. Their father, “Eddie” (Jack Laufer), is driving them up to their grandma’s place, and the idea of seeing her increases his sweat tenfold as he drowns himself in anxiety. His wife recently died, and her medical bills have put him in a lot of debt. In order to make the money back, he found a job in the south for ten months, but the kids. . .well, the kids have to stay somewhere else, and the only place he could think of was at his mother’s place. “Grandma Kurnitz” (Irene Worth) owns a candy store with all sorts of delightful treats. Unfortunately, Eddie warns his children repeatedly that they must not touch any of it because Grandma knows where exactly everything is, and she’s not someone they’d want to anger. Even if their sweet, but rather careless, Aunt “Bella” (Mercedes Ruehl) offers them anything from the store; they must still say “no.”

Of course, as soon as Eddie talks to his mother, Bella appears in the store. Although she had been so distracted with her thoughts, she almost walked right past the store if it hadn’t been for Jay calling out to her. Oddly enough, she didn’t really recognize the boys until Jay gave her a pretty direct reminder that they were her nephews. As soon as the forgetful aunt realizes who’d come to visit, she gleefully embraces them and tries to entice the kids with ice cream sundaes topped with all the yummy sweets to entice them. Jay and Arty are tempted and almost slide their spoon into the desert before Jay remembers his father’s words, and sense is knocked back into his head. Bella is upset by this and throws both of the overflowing, scrumptious sundaes into the sink before storming out. Arty has yet to understand what all the fuss is about when it comes to their grandma, but it isn’t long before the doorknob slowly turns. Grandma’s entrance with her long cane sets everything straight—she takes no-nonsense, and her emotions are as hard as steel—how could anyone ever dare to cross her. Jay and Arty— or as Grandma calls them— Yakob and Arthur, have to get used to an entirely different life and learn to live together with the whacky members of their extended family.

On the surface, Martha Coolidge’s film is a pretty light family comedy about a steel-hearted grandmother and her autocracy. During the film, we see how her parenting has affected each of her children. Further on into the film, there are ways in which I felt the writer and director weave in more emotionally important matters into family relationships. They bring up women’s roles at home and how a parent should act towards their children, peppered with financial stresses, the difficulties of keeping healthy relationships for individuals with disabilities, and many more. Yet, Coolidge is able to put all these into a piece that combines all these complex topics into a fun family movie.

Irene Worth is exceptionally successful in portraying this strong-minded and tight-lipped woman. There’s something in this performance that reminds me of the beloved Emma Thompson’s “Nanny McPhee.” The two (at the time) young actors Mike Damus and Brad Stoll were also very entertaining and convincing to watch. The chemistry between them as brothers is excellent, and their fear of Grandma Kurnitz is funny to observe. At first, I was quite annoyed by Mercedes Ruehl’s character, Bella, but gradually she grew on me much the same way as she did with the boys. Jay and Arty mocked her when they first met, but then they found themselves rooting for her. This doesn’t take away from Ruehl’s vibrant and infectious acting.

Although I describe the film as sweet and warmhearted, it lacks a sparkle that the original play must have had. I wish I could see the boys experience more than just their fear of Grandma. Perhaps it is an urge to see them outside of their grandma’s home and candy store. It’s entirely possible that as a play, her home was the perfect setting to tell this story, but as a film, I want to see more happen. Although I won’t find myself rushing to watch the film again, it is a nice one to watch with the family filled with lots of quirky characters.

Feature Photo: Martha Coolidge, Neil Simon and Mercedes Ruehl on the set of Lost In Yonkers

Q: Does Lost in Yonkers pass the Bechdel-Wallace Test?

Yes—when Bella talks to her mother about needing money, going to movies, and many other instances!