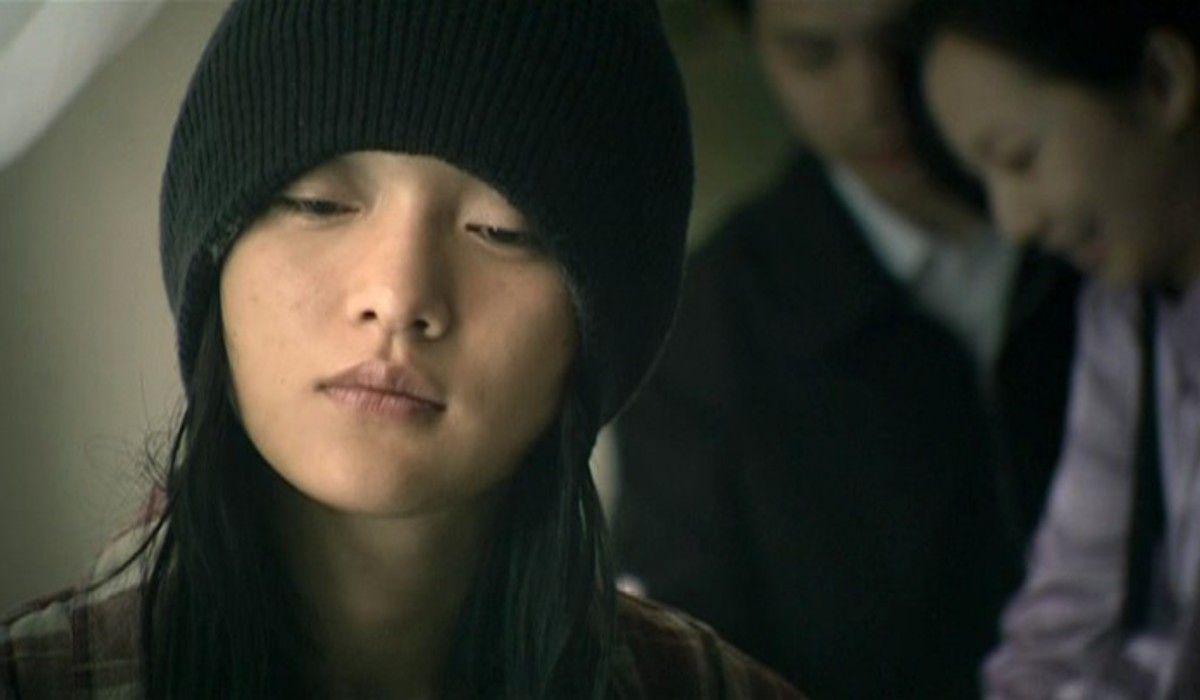 In 2005, Shaohong Li directed the coming-of-age drama Stolen Life (Sheng Si Jie), starring Xun Zhou and Jun Wu. The film won the Best Narrative Feature category at Tribeca Film Festival and is a sobering presentation of how drastically life can change when an unexpected child comes along. KIZJ (3/5)

Little “Yanni” (Xun Zhou) grew up emotionally detached from the rest of her family. Her mother (Xiaoming Su) lived up north and left Yanni to grow up with her grandma in Beijing almost as soon as she was born. Yanni’s mother would often leave money to her aunt (Ming Cai) and grandma to help pay for the young girl’s life. The mother and daughter had such an estranged relationship that Yanni could barely say the word “ma,” which translates as “mother.” Back at home, Yanni’s grandma counts the money while her aunt shouts at her. The girl is as stubborn as her “peasant father.” Since she didn’t say a word to her mother on the train as she passed through the city that day, she’s not allowed to have dinner. Why her mother left and why they hardly talk about her father is left a mystery.

Many years later, when Yanni is fourteen, her father comes to visit for the first time. After entering the front yard with Yanni’s mother, the father awkwardly stands in front of Yanni for a while before taking the bags and following his wife into the house. They’ve come to discuss Yanni’s future. At the dinner table, the older generations pass comments back and forth about her education. But it’s clear that no one expects her to do too well. After all, her mother didn’t go to university, and she hadn’t been hoping that a “chicken would breed a phoenix.” It’s a choice between going to trade school and starting a work career earlier, or going to high school and then university. Her father finally speaks up and makes it clear that although they have very little money, she should still try for university. Yanni stays silent throughout the whole conversation—decisions are usually made for her anyway.

When Yanni finally does get accepted into college, it comes as a surprise to everyone. It looks like her life may be turning a page towards a better chapter. When she finally leaves for college, no one sends her off; she carries her luggage alone and makes her way to her dormitory with 500 yuan in her pocket for the whole semester. Everything was looking hopeful for Yanni—she can finally leave the people back home who, despite having looked after her, offered her little emotional support and treated her more like a chore than a loved family member. But it was also on that fateful day that an incident that almost ended in a crash led her to meet “Muyu” (Jun Wu). Yani gradually gets to know Muyu, who works as a truck driver, and the two develop feelings for each other over time. The difficult choices that follow the growth of this relationship form the core of this story—we learn with and from Yanni’s hardships.

Director and Producer Shaohong Li is one of the filmmakers from the Fifth Generation movement—a group that brought Chinese cinema to an international stage during the 1980s. After spending a period of her life in the Sichuan military region’s army, she decided to pursue a career in film and is now recognized as China’s top woman director. Her famous award-winning works include Bloody Morning, an adaptation of Gabriel García Márquez’s Chronicle of a Death Foretold, and Blush, a film based on Petulia’s Rouge Tin by Su Tong.

Li’s filmwork, particularly the earlier ones, focused on the stories based on China’s rural life. Stolen Life hones in on the choices that a young woman makes and why she makes them. It also questions the motives of people who come from the countryside to make a life in Beijing and the reliability of love. What’s more important—following what your heart wants or listening to what your brain says? Is a child more important than education? Should you always listen to what family tells you to do, or should you make your own mistakes? Yanni is a relatable character in the sense that she feels she has little control over her life. Teenagers often act out because they feel that parents make too many of their choices. In Chinese culture, it’s the norm for the parent to have the final say, regardless of the subject matter. But Yanni is an excellent example of someone whose choices were all made for her, but when the reins were put in her hands, she couldn’t help but blunder and stumble and fall into the exact situation her family urged her to avoid. Although it was her naivety that led to all the troubles, it’s hard to blame it all on her.

Xun Zhou is a fantastic performer. She is one of China’s most celebrated actresses today, and her acting speaks for itself. Her toned-down portrayal of Yanni is a helpful in leveling down the film’s drama. Although I appreciate the film’s message, the plot, and the way it is shot is very dramatic. So much so that it becomes difficult to take seriously; the dialogue can also be made less melodramatic. It’s usually subtlety and allowing the audience to come to their own conclusions by themselves that create the most believable and emotionally impactful pieces. So take away a few layers of drama and many more would be moved. Nevertheless, as dark, woeful, and melodramatic as the film is, Stolen Life teaches us something about parenting, about naivety, and the importance of discrete decisions. At each stage of our lives, it’s the path we choose to take that molds us into the people we become.

Yes, definitely. Most of the film’s opening scenes involve dialogue between four women from the same family. They talk about money, a daughter, and preparing for dinner.

A GAY GIRL IN DAMASCUS